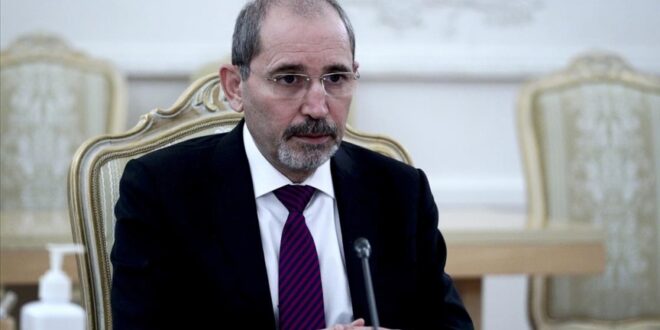 Jordan FM arrives in Ramallah for talks with Palestinian leader

Safadi arrived aboard a Jordanian helicopter and started talks with Abbas upon arrival, according to an Anadolu Agency reporter.

Earlier Tuesday, Wasel Abu Yousef, a member of the Palestine Liberation Organization (PLO)’s Executive Committee, said talks were underway to coordinate positions between Egypt, Jordan, Palestine and the White House, as US Secretary of State Antony Blinken began a Middle East tour to bolster a recent cease-fire between Israel and Palestinian factions in the Gaza Strip.

Abu Yousef said the discussions aim to open a political horizon to end the decades-long Israeli occupation of the Palestinian territories.
Blinken arrived in Israel on Tuesday as part of a tour that also includes Ramallah, Jordan and Egypt.

According to Ned Price, the spokesperson for the US State Department, Blinken will meet with Abbas, Prime Minister Mohammad Shtayyeh, and other senior officials from the Palestinian Authority, before moving on to visit Amman and Cairo.

At least 253 Palestinians, including 66 children and 39 women, were killed, and more than 1,900 others injured in 11 days of massive Israeli attacks on the Gaza Strip, according to Palestinian health authorities.

The violence erupted against the backdrop of tension over an Israeli court ruling to evict Palestinian families from their homes in the Sheikh Jarrah neighborhood in occupied East Jerusalem and police assaults on worshippers inside the flashpoint Al-Aqsa Mosque.

Thirteen Israelis were also killed in Palestinian rocket fire from the Gaza Strip. The fighting, the fiercest in years, came to a halt on Friday under an Egyptian-brokered cease-fire.