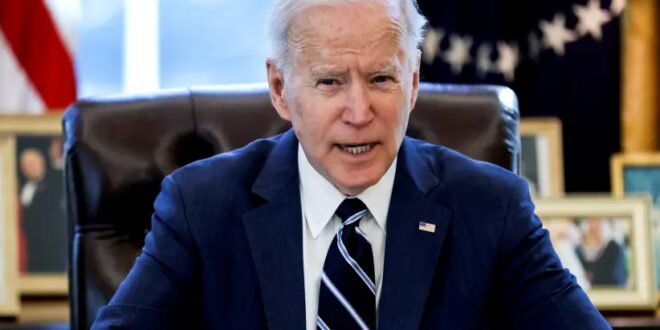 If Biden administration re-enters a nuclear deal with Iran and lifts sanctions on the regime, this will be like giving them another airplane full of cash.

President Joe Biden’s national security team appears to be insistent upon reversing policies just because they were attached to the Trump administration, regardless of the disastrous consequences. Nowhere is this more evident than in the Middle East, where we have traded four years of peace through strength for four months of violence through weakness.

The Middle East is like an ancient puzzle of interconnected interests, histories, alliances and suspicions. For decades, we tried to jam ill-fitting pieces together, or at times tried to blow up the puzzle and start from scratch.

The Trump administration took a totally different approach that started with viewing each piece of the Middle East puzzle – allies and adversaries alike – as it was, with clear eyes. This clarity empowered policy makers to take bold steps to support our friends and to deter our enemies.

Alarmists, including current Secretary of State Antony Blinken, warned that delivering on a decades-old promise to move the US embassy to Jerusalem would set fire to a regional tinderbox. Many of the same detractors said taking Iranian terrorist leader Qasem Soleimani off the battlefield would spark a war.

In both cases, the opposite happened. Our potential partners, Arabs and Jews alike, saw that it was possible to break out of antiquated molds and approach old problems with new ideas – and would-be troublemakers realized there were real consequences to malign actions.

But rather than building on this foundation for stability, the Biden administration has inexplicably reverted to the failed, chaos-sowing policies of the past, especially when it comes to the Middle East’s leading patron of terror: Iran.

In 2015, the Obama-Biden administration sent an unmarked plane containing $400 million – stacked on wooden pallets – to the Iranian regime, coinciding with the formal implementation of the Iran nuclear deal. But even that turned out to merely be their down payment on a staggering $100 billion that ultimately flowed to the regime as sanctions were lifted and Iranian assets were unfrozen.

As the Trump administration was left to deal with the deadly domino effect of the world’s leading state sponsor of terrorism being newly flush with cash, our intelligence was consistent and clear: Iran used that money to fund attacks across the region against American interests and allies.

Armed with this intelligence – and other deep insights into the Iranian regime’s strategies and tactics – policy makers designed a maximum pressure campaign that crippled the regime’s ability to export terror. One idea at the core of this approach was simple: We should no longer give billions of dollars to America’s enemies in hopes that they might decide to like us after all, or to radical regimes in hopes that they will suddenly become responsible global citizens.

The strategic realignment of the Middle East and the resulting wave of Arab-Israeli normalization agreements brokered by the United States was not the result of cash payments: It happened because Arab nations actually wanted to do it.

Even in the US Congress, another fractious environment, the Abraham Accords produced overwhelming bipartisanship, with ninety-one senators co-sponsoring a resolution of support. Such bipartisanship in foreign affairs produces long-term continuity, unlike the Iran deal that was – and continues to be – almost universally opposed by Republicans.

By ratcheting up pressure on Iran, standing by Israel, and welcoming Arab partners into the fold, the Trump administration created a deal-making environment that actually produced peaceful, prosperous outcomes. With this clear track record of success, why would American leaders consider reverting to the failed model of the past?

And yet, one of the Biden administration’s first moves was to restore hundreds of millions of dollars in funding to Palestinian organizations, ostensibly set up as humanitarian aid programs, that in reality have done little more than perpetuate conflict by removing from the local governing authorities the responsibility to care for and protect their citizens.

Less than a month after that decision, rockets were once again raining down on Israel. But even in that moment, the Biden foreign policy team’s attention was focused 1,500 miles away, on Vienna, where they are desperately trying to revive the Iran deal that allowed Tehran to fund terrorism around the region in the first place. These two things are inextricably linked.

There is little dispute among intelligence officials and analysts from various countries that many of the rockets in the stockpile launched by Hamas were either bought by Iran, built by Iran, or unleashed by militants who were trained by Iran. It is no wonder, then, that Iran’s supreme leader Ayatollah Ali Khamenei recently praised the terrorist group’s “show of power” in Gaza – and in turn, Hamas’s political chief Ismail Haniyeh thanked Iran for “providing funds and weapons” to their effort.

If the Biden administration continues on its current course, re-enters a nuclear deal with Iran and lifts sanctions on the regime, this will be tantamount to giving them another airplane full of cash. Billions of dollars will once again be used to sow chaos across the region and allow the Islamic Republic to continue seeking to fulfill their mission of eradicating Israel from the map.

One goal of Iran’s Islamic Revolutionary Guard Corps (IRGC) is to establish and maintain control of territory in Syria that would allow them to launch rockets into Israel at their discretion.

Meanwhile, they will continue to fund Hezbollah in Lebanon, giving them another geographic location from which to attack the Jewish state. Pretty soon geography and math could combine to overwhelm Israel’s Iron Dome defense system. At that point – and possibly long before – the prospect of significant regional conflict would likely be unavoidable.

Tragically, even though the connection between the Iranian regime and the recent violence is so clear, any condemnation of Iran has been conspicuously absent from the Biden administration’s talking points. Instead, Biden appeared to take some of the credit for the Israel-Hamas ceasefire, like an arsonist showing up to take credit for putting out a fire he helped ignite.

Perhaps even more disconcerting, the Biden team has placed Israel, our close ally, on equal moral footing with Hamas, a terrorist organization, by asserting that both parties were at fault for the violence. This is a troubling foreign policy approach and a stunning false moral equivalence.

The Biden administration should instead focus on expanding the Abraham Accords, pushing for a normalization agreement between Saudi Arabia and Israel, and establishing a bloc of peace from Israel to the Emirates that would isolate Iran and actually create a real incentive for them to change their posture.

One foreign policy challenge that threatens to undermine the United States’ ability to make progress in global security issues is that our foreign adversaries simply wait us out. They endure one administration’s hard-line approach long enough to get relief when a new group comes in. That has to end.

We need bipartisan consensus on our most significant security concerns. We’re getting there on China, our top national security threat -and another area in which the Trump administration took a fundamentally different approach.

Now we need it on Iran, and we need to stick with the approach that produced results and exported peace, rather than terror. And it shouldn’t matter which US administration created it.