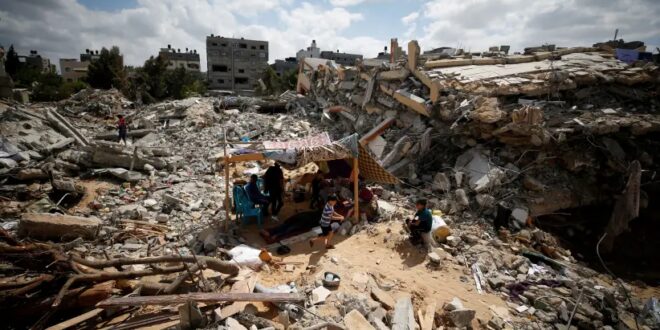 The head of Egypt’s General Intelligence Service (GIS), Abbas Kamel, is expected to visit the Gaza Strip in the coming days as part of Cairo’s ongoing efforts to maintain the Israel-Hamas ceasefire, Egyptian sources said on Saturday.

Palestinian sources said that Egypt was seeking a long-term ceasefire deal that would include the reconstruction of the Gaza Strip and a prisoner exchange agreement between Israel and Hamas.

Kamel is also scheduled to visit Ramallah for talks with Palestinian Authority President Mahmoud Abbas and senior PA officials concerning Egypt’s initiative to contribute to the reconstruction of the Gaza Strip in the aftermath of the 11-day fighting between Israel and Hamas, the Egyptian sources told the New Arab news website.

The Egyptian security delegation was headed by General Ahmed Abdel Khaleq, holder of the Palestinian portfolio in the GIS.

The sources claimed that the delegation relayed a message from Israel to Hamas “stop provoking Israeli officials.”

The Egyptians have also invited leaders of the Palestinian factions to Cairo for talks related to the ceasefire and the reconstruction of the Gaza Strip.

Palestinian sources said that Egypt was working toward expanding the recent ceasefire so that it would include other issues such as a prisoner exchange agreement between Hamas and Israel and humanitarian aid to the Gaza Strip.
According to the sources, Egypt has informed Hamas that Israel was insisting on linking efforts to rebuild the Gaza Strip with a prisoner exchange agreement.

The Lebanese newspaper Al-Akhbar reported that the Egyptians have notified Hamas of Israel’s intention to lift some of the restrictions that were lately imposed on the Gaza Strip.

It claimed the Israeli measures would include the reopening of all the border crossings with the Gaza Strip, allowing the entry of fuel for the power plant and resuming the delivery of Qatari cash grants to the Hamas-ruled coastal enclave.