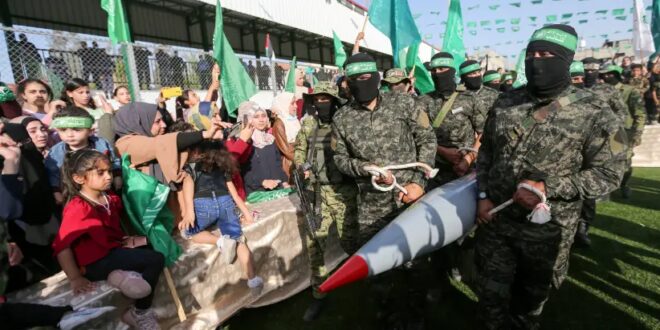 Hamas held a series of military parades in the Gaza Strip on Friday, displaying its arsenal of missiles and drones in an attempt to weave a story of victory over Israel.

As part of its “victory” celebrations, Hamas commander Yahya Sinwar has also been walking around Gaza this past week to show he is not in danger.

The rocket and drone display showed off a rocket known as S-40, reputed to be the one used in massive barrages on Ashkelon and Ashdod and is reputed to have a range of 40 km.

Hamas also showed off the Q-20, a rocket that is a bit smaller and was reputedly used in an attack on Ohad that killed two agricultural workers during the recent conflict. While the S-40 is encased in tubes in sets of eight, the Q-20 comes in sets of 12.

Although Hamas mounted them on a truck in the parade, they are also placed underground.

New Iranian drones, which are modeled on kamikaze drones used in Yemen and by Iran, were also displayed. These are similar to the Qasef and Ababil drones. Yemen has borrowed this technology from Iran, which supports the Hamas weapons program. The Shehab drone is a new piece of Hamas technology developed in recent years.

This parade of technology probably showcases most of the Islamist terrorist group’s engineering successes. Hamas excelled in being able to aim large numbers of rockets in a more precise manner during the recent war, using underground infrastructure.