The U.S. pullout from Afghanistan is speeding up, with military planners saying almost half of U.S. forces and equipment has been sent home or destroyed.

U.S. Central Command Tuesday said the withdrawal is “between 30-44%” complete and that six facilities have now been turned over to Afghan security forces, with more bases likely to be handed over in the coming days and weeks.

“We anticipate additional transfers of bases and military assets in the future which will support the ANDSF/GIRoA (Afghan National Defense and Security Forces) as they work to stabilize and defend their nation,” CENTCOM said in statement.

Overall, the U.S. has removed “the equivalent of approximately 300 C-17 loads of material” from Afghanistan, according to the update, which said another 13,000 pieces of equipment were sent for destruction.

Separately Tuesday, Agence-France Presse quoted Afghan and U.S. officials as saying the U.S. would be handing over Bagram Air Base to the Afghan government in the next 20 days.

Pentagon press secretary John Kirby on Tuesday declined to confirm a timeline but told Pentagon reporters, “Clearly, Bagram is going to be turned over.”

Bagram has served as a key command and control center for air operations in Afghanistan.

Afghan officials said last month that the U.S. has already left Kandahar Airfield, a large security installation that once housed about 30,000 coalition troops and contractors.

U.S. President Joe Biden announced in April that all U.S. forces would be out of Afghanistan by early September, ending nearly 20 years of war against the Taliban and al-Qaida.

U.S. officials have repeatedly promised to continue support for the Afghan government and Afghan security forces, while it pursues what has been described as “over-the-horizon” capabilities to launch counterterrorism strikes against groups like al-Qaida and Islamic State-Khorasan Province, if needed.

However, U.S. officials have said that the majority of U.S. support for the Afghan military will be financial.

Afghan forces are slated to get a slight increase in funding under the Pentagon’s proposed Fiscal Year 2022 budget, unveiled last week. 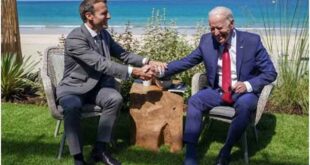 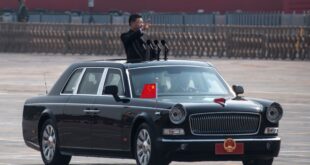 China: The Elephant in that Room in Cornwall 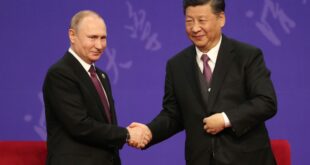