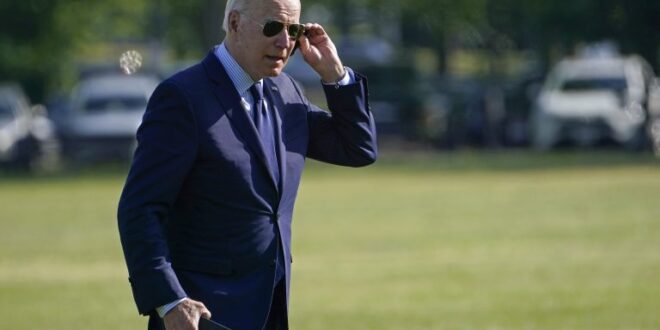 In the first meeting between Biden and Putin in June, there is expected to be no shortage of contentious issues to discuss.

Biden recently described Putin as a “killer,” and he has not shied away from harsh rhetoric to describe the Kremlin’s continued actions.

While the U.S. and Russia remain at odds on myriad issues, there are potential areas for cooperation, including climate change and the COVID-19 pandemic.

In the first meeting between U.S. President Joseph Biden and Russian leader Vladimir Putin, scheduled for mid-June in Geneva, Switzerland, there is expected to be no shortage of contentious issues to discuss. Cyberattacks, nuclear arms control, and Russia’s ongoing support to armed separatists in Ukraine could all be on the agenda, as relations between Washington and Moscow continue to deteriorate. The meeting will come on the heels of Biden’s upcoming trip to Europe, where he will have the opportunity to discuss pressing issues with European Union (EU) and NATO allies in advance of his meeting with Putin. It seems likely that Russian support for Belarusian strongman Aleksandr Lukashenko will be a topic for discussion. This follows the recent hijacking of a Ryanair flight traveling between Greece and Lithuania in which Belarusian intelligence agents kidnapped an opposition journalist and his girlfriend after diverting the plane to Minsk on the premise of a bomb threat that has been widely challenged.

The Geneva summit will almost certainly take on a decidedly different tone than the last time Putin met with an American president – when he met with former President Donald Trump in 2018 in Helsinki, Finland. During that meeting, Trump’s deference to Putin, and willingness to take him at his word that Russia did not meddle in the 2016 U.S. election, angered many U.S. politicians. Biden has already gone on record and labeled Putin a “killer,” and he has not shied away from using harsh rhetoric to describe the Kremlin’s continued rogue actions. Such concerning activities include the recent poisoning and imprisonment of Russian democracy activist and opposition politician Alexei Navalny, following attempts on the lives of Sergei and Yulia Skripal in Salisbury, England using the nerve agent novichok. Biden also noted that Putin would “pay a price” for Russia’s continued interference in U.S. elections. The U.S. administration has made it clear that it will not sit by idly as Putin violates international norms. The U.S. has moved forward with harsh sanctions that would limit transactions between U.S. financial institutions and the Russian government, in addition to sanctions targeting Russian businesses. But in a move that caught some by surprise, the Biden administration announced it would waive sanctions on the Nord Stream 2 gas pipeline, which could create a more hospitable environment for the Geneva summit. Some U.S. lawmakers, including Senate Foreign Relations Committee chairman Bob Menendez and Republican Senator Ben Sasse, criticized the Biden administration’s overtures toward Russia, complaining that the Russians were being rewarded for bad behavior.

A White House press release noted, “The leaders will discuss the full range of pressing issues, as we seek to restore predictability and stability to the U.S.-Russia relationship.” Some analysts believe this was primarily a reference to arms control agreements. It signals where steps could come next following the extension of the New START Treaty, which seeks to ensure verifiable limits on Russian ICBMs, SLBMs, and heavy bombers until February 2026. Two weeks ago in Iceland, U.S. Secretary of State Antony Blinken met with his counterpart, Russian Foreign Minister Sergei Lavrov, in the first high-level encounter between the two countries since the Biden administration took office in January.

Cyberattacks will be a major topic for discussion, especially following revelations that the U.S. holds Russia responsible for the Solar Winds hack; therein, Russian hackers penetrated networks used by the U.S. federal government, infiltrating systems used by both the Commerce and Treasury departments. The more recent ransomware attack against the Colonial pipeline is also suspected of originating in Russia. And while the United States and Russia remain at odds on a number of important issues, there are also potential areas of mutual interest and cooperation, including on combating climate change and dealing with fallout from the COVID-19 pandemic. The summit offers Russia the respect and legitimacy it craves on the world stage. Moscow still views itself as a great power, and its more aggressive foreign policy has led Russia to become more active in Africa, the Middle East, Latin America, and even the Arctic region. The absence of strategic American foreign policy over the past four years has created numerous opportunities for malign actors to exploit. While many critique the summit for positioning Russia on par with the United States, it also serves as a recognition of the importance for the U.S. to more proactively engage on the foreign policy stage and actively shape key outcomes.