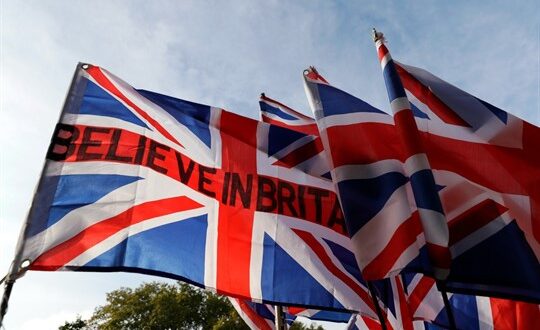 In the Aftermath of Brexit, What Can ‘Global Britain’ Be?

Over the past four years, as the United Kingdom has wrestled with the consequences of its narrow vote to leave the European Union, there has been little to no broader foreign policy debate in the country. Instead, Britons seem to have become caught between three temperaments. There are the catastrophists, who argue the U.K. has become completely irrelevant on the international stage as a result of Brexit; the nostalgics, who see a powerful Britain through the lens of a great colonial power; and the denialists, who refuse to accept that Britain must adapt to a changing global context. All are characterized by a surfeit of emotion and deficit of strategy⎯and none have answers to the key questions their government must now answer.

Can Britain continue to be a global leader after Brexit? Is the country doomed to be a buffeted outcast, squeezed between the world’s regulatory blocs or caught up in the great-power competition between the United States and China? Or will it find an important, new role in world affairs? As the interminable Brexit process draws to an end, 2020 has seen Britain’s foreign policy move in fits and starts, at once concerning and highly promising.