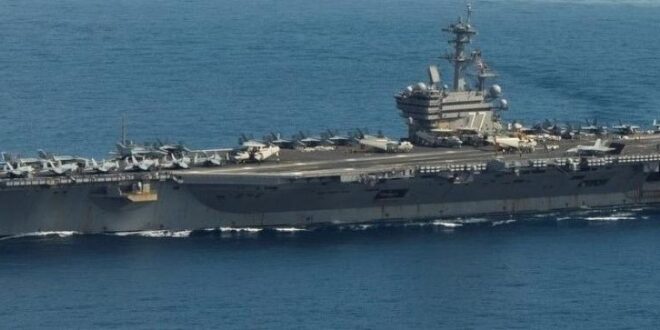 The US in the Eastern Mediterranean Region

The US is beginning to clarify its position on key flashpoints in the Eastern Mediterranean region.

The US Department of State recently appointed Richard Norland as the country’s special envoy to Libya. Norland, a career diplomat who became US ambassador to Libya in August 2019, will coordinate with the Government of National Unity (GNU) on stabilising Libya and ensuring that national elections are held as scheduled in December 2021.

The State Department’s appointment rectifies former President Donald Trump’s apathy towards the Libyan conflict, but US strategy towards the Eastern Mediterranean remains ambiguous. The Biden administration has not developed a consistent policy towards Turkey, lacks a clear blueprint to assert US diplomatic influence in Libya and has not clarified its policy towards Syria’s reconstruction.

Before his inauguration, it was widely believed that US–Turkey relations would deteriorate under Joe Biden’s presidency. As Biden described Recep Tayyip Erdoğan as an autocrat in December 2019, he was expected to pressure the Turkish president on human rights and consider imposing sanctions against Turkey over its purchase of Russia’s S-400 missile defence system. Turkish state-aligned media outlets raised alarm about Biden’s January 2020 interview calling for regime change in Turkey and claimed that Biden’s election victory caused the Syrian Kurdish People’s Protection Units to become more aggressive. Anticipating a harder US line on Turkey, Greece welcomed Biden’s ascent to the presidency. During a press conference with Egypt’s President Abdel Fattah Al-Sisi on 11 November 2020, Greek Prime Minister Kyriakos Mitsotakis expressed confidence that Biden would restore US leadership in the Middle East and Eastern Mediterranean.

Four months into Biden’s presidency, predictions of a deterioration of US–Turkey relations have become a reality. Turkey summoned the US ambassador to Ankara for a dress-down after Biden recognised the Armenian genocide on 25 April. US Secretary of State Anthony Blinken’s warning that Turkey should avoid purchasing Russian weapons was ignored, as Turkey has discussed purchasing Su-35 and Su-57 jets from Russia. As the conflict in the Gaza Strip escalated, Erdoğan said that Biden has ‘bloody hands’ for backing Israel, and the State Department accused Erdoğan of making ‘anti-Semitic’ remarks. Furthermore, Biden’s decision to wait until late April – a full three months after his inauguration as US president – to speak with Erdoğan was widely viewed as a show of dissatisfaction with Turkey, and expectations are low as both leaders prepare to meet at next month’s NATO summit.

While the short-term prospects of an improvement in US–Turkey relations are bleak, both countries could find common ground as Biden’s term progresses. They have both worked together on promoting intra-Afghan dialogue, and this area of cooperation will intensify once the US completes its troop withdrawal from Afghanistan. Turkey has also framed its growing influence in Central Asia, which aims to dilute Russian and Chinese hegemony, as beneficial for US interests. Turkey’s growing commitment to Black Sea security, support for Libya’s GNU and humanitarian aid supplies across its border with Syria also benefit US interests. Even if the Biden–Erdoğan relationship is frostier than the latter’s relationship with Trump, and skirmishes periodically flare up between the US and Turkey, the two NATO allies share major strategic interests that could lead to productive cooperation.

Over the past year, the US has removed some of the ambiguities surrounding its policy towards Libya. Trump’s April 2019 endorsement of Libya National Army (LNA) chieftain Khalifa Haftar’s ‘role in counterterrorism’ broke with the US’s longstanding support for the Government of National Accord. Since the US Department of Defence’s AFRICOM branch confirmed the presence of Russian jets in Libya on 18 June 2020, the US has countered Haftar to constrain Russia’s growing influence in the country. In July 2020, the US threatened to sanction Haftar over his role in a ‘Russian-influenced’ blockade of Libyan oil exports. On 25 November, the US sanctioned the LNA-aligned Kaniyat militia for its massacre of civilians in Tarhuna, days after Russia stopped the UN from blacklisting that group. Norland has also repeatedly emphasised the need for all mercenaries to leave Libya and regularly engages with Turkish, Emirati and Russian officials on expediting this process.

While the consistency of US messaging on Libya is a positive step, the Biden administration has laid out few prescriptions to stabilise the country. The passivity of US policy, which is exacerbated by intra-European divisions, entrenches the dominance of Turkey, Russia, the UAE and Egypt in Libya. The unchecked influence of these powers is problematic, as their backing of rival factions could derail Libya’s progress towards democratic elections. Aside from Blinken’s pledge to be fully engaged on the Cyprus issue and expressions of concern about Turkish conduct towards Greece, the Biden administration has paid little attention to Eastern Mediterranean security. The detachment of the US increases the risk of continued brinkmanship between Turkey and its regional rivals – such as France, the UAE and Israel – over the contentious November 2019 exclusive economic zone agreement between it and Libya. The vacuum of US leadership could encourage Russia to leverage its eastern Libyan partnerships to establish a naval base in Benghazi or an air base in Tobruk, which would bolster Moscow’s standing as a Mediterranean power.

The Biden administration’s Syria policy is similarly ambiguous. Blinken helped shape US policy towards Syria during Barack Obama’s presidency, but his positions on the conflict have varied over time. After the August 2013 eastern Ghouta chemical attack, Blinken was open to a targeted US military intervention against Syrian government forces. By April 2017, he advocated ‘smart diplomacy’ in Syria and argued that the 2013 disarmament deal had partially reduced the threat posed by Bashar Al-Assad’s chemical weapons arsenal. As secretary of state, Blinken has focused on increasing humanitarian aid flows to Syria and has largely sidestepped key issues, such as Syria’s constitutional negotiations and reconstruction. On 30 March, Blinken urged the UN Security Council to reopen three closed border crossings for humanitarian assistance and the US pledged $596 million in aid to Syria, which would also reach its refugee population. However, the US is clashing with Russia over the legality of aid deliveries across the Bab Al-Hawa crossing on the Syria–Turkey border. While the US views this crossing as a critical lifeline, Russia believes that denying Assad exclusive control over aid deliveries violates Syrian sovereignty.

While these humanitarian initiatives are constructive, the Biden administration has struggled to develop a coherent strategy to combat Iran and Russia’s influence in Syria. On 25 February, the US launched airstrikes on Iran-backed militias in eastern Syria, which destroyed multiple facilities and resulted in at least 22 fatalities. However, this military escalation swiftly proved to be an outlier. Blinken has castigated the starvation and civilian casualties that have accompanied Russia’s military intervention in Syria, but the 900 US troops in Syria cannot meaningfully counter Russia’s formidable power projection capacity.

The Caesar Civilian Protection Act sanctions, which took effect in June 2020, restrict investment in Syria’s reconstruction process and have been publicly criticised by the UAE, a key US partner in the Gulf region. As Assad has been re-elected for another seven-year term, Russia, China, Iran and even some US partners could eventually decide to test Biden’s resolve on secondary sanctions by investing in Syria.

Although the Biden administration is taking steps to reaffirm the international community’s confidence in US global leadership, it needs to clarify its strategy towards the Eastern Mediterranean. As US foreign policy is increasingly focused on containing China in the Indo-Pacific region, the future of the US–Turkey alliance, Libya’s transition to a peaceful democratic future and Syria’s post-conflict reconstruction hang uneasily in the balance.