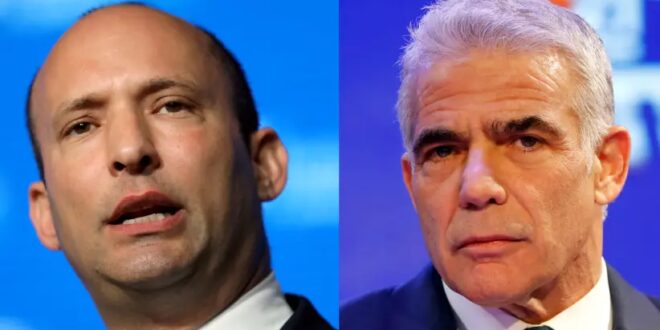 What is the anti-Netanyahu bloc’s timetable for forming a new government?

The coalition formed by Yesh Atid head Yair Lapid and Yamina head and Prime Minister-elect Naftali Bennett is expected to swear in on Wednesday.

Here is the full plan:

Yamina MK Nir Orbach to announce whether he will vote for the government, or quit his Knesset seat.

Knesset Speaker Yariv Levin to declare in the plenum that Lapid has managed to form a coalition.

Coalition agreements must be submitted if a government vote of confidence is to take place on Wednesday.

The most likely day for vote of confidence and swearing-in of ministers.

Last possible day for a vote of confidence in a new government and swearing-in of ministers.