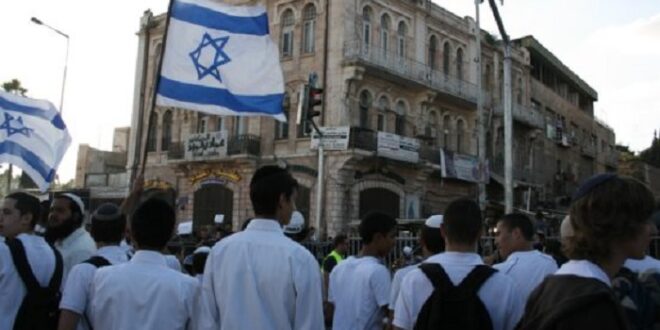 Israel’s Security Cabinet on Tuesday decided to postpone to next week the highly controversial Flag March scheduled for Thursday.

The march, organized by right-wing and religious groups, was planned to pass through volatile Arab neighborhoods in east Jerusalem, including the Muslim Quarter of the Old City, and was determined by law enforcement as having an extremely high risk of reigniting clashes between Jewish and Muslim residents, with the potential of leading to another round of war in Gaza.

The decision to delay the explosive procession and also amend its route so as to ensure reduced friction means Prime Minister Binyamin Netanyahu will pass the hot potato issue on to Israel’s next government, set to be sworn in on Sunday.

Yet several far-right lawmakers in parliament on Wednesday promised to defy police orders and go through with the original plans for Thursday. They would be protected by parliamentary immunity, a privilege not shared by anyone joining them.