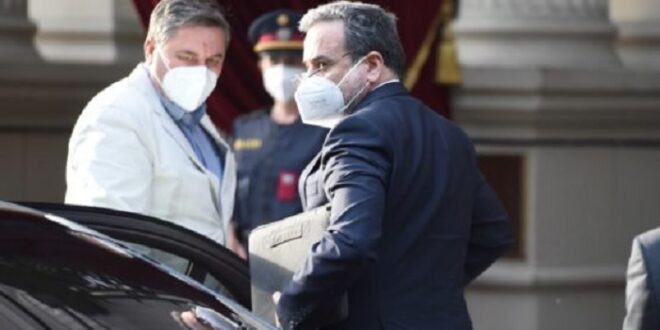 The sixth round of indirect talks between Iran and the United States over a mutual return to compliance with the 2015 nuclear deal kicked off on Saturday in Vienna, with European diplomats calling negotiations “intense” and expecting an understanding to be struck in the coming days.

Russian and Iranian officials, meanwhile, have signaled a final agreement would take more time to reach. “I don’t think we will be able to reach a final conclusion… this week,” Tehran’s chief negotiator, Abbas Araqchi, said.

All eyes will turn later this week to the Islamic Republic’s June 18 presidential elections, set to usher into office Ebrahim Raisi, currently the nation’s chief justice and considered the obvious frontrunner. During Saturday evening’s final presidential debate, Raisi, a hard-liner and conservative, promised to remain committed to the 2015 pact reached with the US and other world powers, but slammed the outgoing Hassan Rouhani administration for projecting weakness on the world stage.