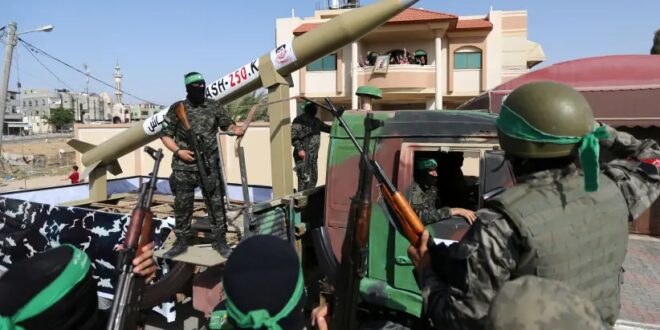 Guardian of the Walls is over, but Hamas still sets the rules – analysis

The IDF said that they dealt Hamas a significant hit, but the chief of staff said that Israel should be modest in terms of deterrence.

Less than a month after a ceasefire was signed between Israel and Hamas ending the 11-day Operation Guardian of the Walls, Jerusalem is once again bracing for violence over the far-right flag march.

The police have reinforced their presence in Jerusalem’s Old City, and the level of alert for Iron Dome batteries has been raised out of concern there could be violence, including rocket fire from the Gaza Strip by Hamas or Palestinian Islamic Jihad.

That points to just how concerned the defense establishment is about the threats from Hamas and other terrorist groups, which have called for a day of rage in response to the controversial march, encouraging Palestinians to “mobilize” at al-Aqsa Mosque and in the Old City.

The situation was volatile because of the march, IDF Chief of Staff Lt.-Gen. Aviv Kohavi said Monday night. “We are preparing for renewed fighting,” he added.

And should there be rocket fire, Israel’s response will be more severe than during the fighting in May.

More than 4,300 rockets, missiles and mortars were fired toward Israeli communities during Operation Guardian of the Walls, which began after Hamas fired a salvo of rockets toward Jerusalem as thousands of nationalists converged in the Old City for the parade.

The IDF said it had dealt Hamas a significant hit with hundreds of airstrikes that targeted military infrastructure. But, and this is a big but, Israel should be modest in terms of what deterrent effect the operation caused, Kohavi said.

Even though the terrorist groups were struck by extreme force over the course of 11 days, “we need to be modest about what deterrent effect it will produce,” Kohavi said. “The Six Day War was a sharp and smooth victory, but shortly after that, the War of Attrition began.”

Deterrence is “an elusive concept, subject to the cruel judgment of time,” he said, adding that it must be translated into “strategic and political achievements, and we have all said – the prime minister, the defense minister – that whatever was, will not be, both in our reactions and our attitude toward Hamas.”

Hamas and other Palestinian terrorist groups have warned against holding the march. It is “like a detonator that will cause a new campaign to protect Jerusalem and al-Aqsa to ignite,” Hamas spokesman Abd al-Latif Qanou said. But it is unlikely that it will fire rockets.

Instead, Hamas likely will resort to launching incendiary balloons toward the South, and lone wolves might try to carry out terrorist attacks, such as a stabbing or car ramming, against soldiers or civilians.

Israel has vowed that a balloon is like a rocket and that Sderot is like Tel Aviv.

But balloons have already caused several fires to break out in the South with no response by the IDF.

Hamas is still dictating the rules of the game, and Israel, with the most powerful army in the Middle East, can’t even bring about a month of quiet.

Post Views: 59
Previous Weapons exchange on Jordan border thwarted by Israeli security forces
Next What the West Can Learn from China’s War on India