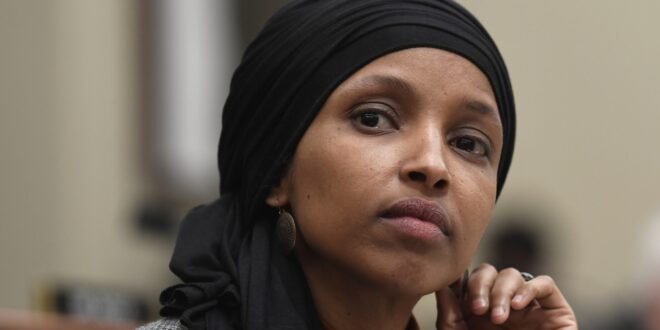 Somali-born and Muslim American Congresswoman Ilhan Omar recently caused a storm by Tweeting “We must have the same level of accountability and justice for all victims of crimes against humanity. We have seen unthinkable atrocities committed by the U.S., Hamas, Israel, Afghanistan, and the Taliban. I asked @SecBlinken where people are supposed to go for justice”. She was variously criticized by the Left and the Right for comparing the US and Israel with Hamas and the Taliban.

In short, progressive, anti-racist, anti-war and anti-colonialism people, the Leftists, criticized Ilhan Omar for unfairly implying a moral equivalence between (a) the Indigenous Palestinian Hamas and the Indigenous Afghan Taliban taking up arms to defend their countries against foreign invaders (as is permitted in International Law), and (b) the serial war criminal, International Law-violating foreign invaders, US-backed Apartheid Israel and the US, respectively.

In stark contrast, the mendacious, genocidally racist, and pro-war American Rightists (the Republicans and Democrats) in an Orwellian response (“war is peace, slavery is freedom, ignorance is strength and 2 plus 2 does not equal 4”) were indignant that Ilhan Omar was asserting the moral equivalence between (a) the assertedly “democratic” and “law-respecting” US and US-backed Israeli invaders assertedly bringing “peace” and “freedom” by war, and (b) their Indigenous opponents who are classified by the US Alliance as “terrorists”.

Some of these Leftist and Rightist opinions are set out below.

Me. In my informed, anti-racist, pro-Humanity view, Ilhan Omar was absolutely correct in stating that everybody should be subject to International Law and the International Criminal Court ICC) [1]. However Ilhan Omar was a bit unfair in being seen to be comparing Hamas (democratically elected; modestly exercising national self -defence; in the last month Israelis have murdered roughly as many fellow Israelis, 11, as Gaza rockets have killed, 12) and the Taliban (another armed national resistance group that by 2001 had banned smoking, alcohol and illicit drugs that kill 8 million, 3 million and 0.2 million people, respectively, worldwide each year) with nuclear terrorist, genocidally racist, serial invader, serial Occupier, serial war criminal and child-killing Apartheid America and Apartheid Israel (key parties in the ongoing Muslim Holocaust and Muslim Genocide in which 32 million Muslims have died from violence, 5 million, or from imposed deprivation, 27 million, in 20 countries invaded by the US Alliance since the US Government’s 9/11 false flag atrocity that killed 3,000 people) [2-4].

Ali Abunimah (executive director of The Electronic Intifada ) agreed that Ilhan Omar was correct over application of International Law to everyone, but objected to her equating modest Palestinian self-defense with egregious Israeli colonial violence (2021): “Omar rightly challenges [US Secretary of State] Blinken over US opposition to the International Criminal Court investigation of these alleged “war crimes and crimes against humanity. “I would emphasize that in Israel and Palestine, this includes crimes committed by both the Israeli security forces and Hamas,” she says. “In Afghanistan it includes crimes committed by the Afghan national government and the Taliban.” In her spoken comments, Omar notably omits crimes committed by the United States… But it is deeply troubling that Omar – who has been raising election campaign money off her rhetorical support for Palestinians – describes Palestinian resistance and self-defense as “crimes against humanity” and equates it with Israel’s colonial violence… Israel’s list of atrocities is too long and well-known to repeat here. In addition to expelling 800,000 Palestinians during its founding, Israel has [violently] killed some 100,000 Palestinians and Arabs since 1948 – beginning decades before Hamas was established in 1988” [1].

Bassem Naim (the Hamas international spokesperson) praised Ilhan Omar’s pro-Palestinian position but criticized her over equating the victim and abuser: “She equated between the victim and the executioner when she treated the resistance of the Palestinian people, the Israeli crimes in Palestine, and the US aggression in Afghanistan as [on] an equal footing” [5].

Nancy Pelosi, House majority leader, Steny Hoyer, and other leading Democrats stated: “Drawing false equivalencies between democracies like the US and Israel and groups that engage in terrorism like Hamas and the Taliban foments prejudice and undermines progress toward a future of peace and security for all” [6].

Madison Cawthorn (Republican North Carolina Representative) attacking Ilhan Omar and her fellow pro-Palestinian human rights sisters in the progressive Democrat “Squad”, Representatives Alexandria Ocasio-Cortez, Cori Bush and Palestinian American Rashida Tlaib: “Far-left Democrats have chosen terrorism over tolerant freedom. The Muslim Brotherhood is a purveyor of terror. Democrats are on the wrong side of history and it’s not even an argument” [8].

Mike Waltz (Republican Representative) in a statement announcing the introduction of a House resolution to censure Ilhan Omar: “We cannot turn a blind eye to members of Congress openly defending terrorist attacks by Hamas against our close ally Israel nor their dangerous rhetoric which has contributed to anti-Semitic attacks across the country”[9].

(3). Objective comparison of armed Indigenous resistance groups Hamas and the Taliban versus serial invaders the US and US-backed Apartheid Israel.

Ilhan Omar herself was finally forced to retract somewhat after this storm of criticism from mendacious, anti-Arab anti-Semitic, Islamophobic, warmongering, war criminal and genocidally racist US politicians, both Democrat and Republican: “[I’m not making] a moral comparison between Hamas and the Taliban and the US and Israel [and am] in no way equating terrorist organisations with democratic countries” [6]. In response to Ilhan Omar’s “clarification”, Nancy Pelosi and Steny Hoyer stated: “We welcome the clarification by Congresswoman Omar that there is no moral equivalency between the US and Israel and Hamas and the Taliban” [6].

I agree for once with these horrible and unrepentant American warmongers – there is no moral equivalency between the armed resistance of the national liberation movements of Hamas and the Taliban, and the nuclear terrorist, genocidal racist-run, genocidally racist, serial invader, serial occupier, serial war criminal, grossly human rights-abusing, pro-Apartheid rogue states of Apartheid America and Apartheid Israel.

Now I am a pro-peace, secular Humanist scientist, and my endless mantra is “Peace is the only way but silence kills and silence is complicity”. I readily concede that religion is useful to billions of people around the world in the same way that poetry, literature, art, dance and music are useful for human self-realization, contentment and indeed joy. However as a secular Humanist scientist I personally reject religion, and historicist Abrahamic religions in particular. After unexpectedly winning the 2019 Federal Election, US lackey Australia’s fervently Pentecostal Christian and Christian Zionist PM Scott “Scomo” Morrison (aka Scum-o, Skim-o, Scam-o and Scheme-o) declared that “I believe in miracles”– however as a rational scientist I don’t (sorry America, humans can’t walk on water, rise from the dead, etc).

Inspired by the greatest humanitarian minds from Jesus to Gandhi and Martin Luther King, I am opposed to violence, war, racism, homophobia, misogyny and all human rights abuse. Furthermore, I love living in a relatively free, secular and internally peaceful society like Australia. I am against violence but recognize that International Law permits Indigenous inhabitants to defend themselves against murderous Invaders. Living as I do in a prosperous, peaceful, middle class suburb in Australia, it would be impertinent of me to offer advice to Indigenous people fighting deadly Invasion and Occupation.

That said, it is useful to systematically, quantitatively and qualitatively explore the blatantly obvious non-equivalence of Hamas and the Taliban (armed Indigenous national resistance groups) versus America and Israel (International Law-violating, and genocidally racist serial invaders and occupiers of other countries)

Post Views: 56
Previous Social Security Versus National Security – Whose Entitlement Really Makes Us Safer?
Next Dancing With The Israeli Flag In Jerusalem: What It Means And Why Palestinians Rage