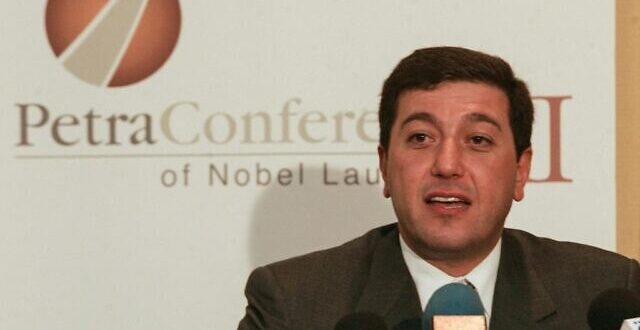 A former Jordanian minister facing charges of sedition against King Abdullah II sought to re-establish his residency in Jerusalem in order to conduct real estate transactions in the city, according to his leaked confession.

On Tuesday, Jordanian media outlets published the details of the confession of Bassem Awadallah, a former cabinet minister and one-time head of the royal court.

“I have a friendly relationship with an Israeli individual who previously held the position of civil coordinator between the Israeli government and the Palestinian Authority, and through him I tried to retrieve my Jerusalem identity [card] for the purposes of using it in the land trade in Jerusalem,” read the confession, cited by multiple Jordanian news outlets.

Awadallah and Sharif Hassan bin Zaid, a member of the royal family, were swept up in a wave of arrests in April.

Prince Hamzah, a former crown prince and the king’s half-brother, was placed under a form of house arrest during those raids.

The government accused them of participating in a foreign plot to undermine the stability of the kingdom. Hamzah denied being part of any conspiracy and said he was targeted for speaking out against corruption and poor governance. At one point authorities imposed a gag order on all media coverage of the dispute, underscoring its sensitivity.

Awadallah’s and bin Zaid’s trial will begin next week, according to Jordanian state media.

Experts believe that the kingdom’s intelligence services leaked Awadallah’s confession ahead of the trial.

“It’s funny how all the major Jordanian media outlets were able to obtain Awadallah’s April 19 police statement/ ‘confession’- and were able to coordinate leaking it on the exact same day and time one week before the trial,” tweeted Taylor Luck, Middle East correspondent for the Christian Science Monitor.

Awadallah’s confession stated that Hamzah began visiting his home in mid-2020, accompanied by bin Zaid. Hamzah allegedly revealed to him that he had been visiting tribal leaders in Jordan to secure their support.

Hamzah also stressed that Jordanian control over holy sites in Jerusalem was not a priority for him, according to Awadallah’s leaked confession.

According to the report, Abdullah was seen as an obstacle to Trump’s so-called “deal of the century” between Israel and the Palestinians, and to Saudi-Israel normalization.

“Awadallah was working to promote the ‘deal of the century’ and weaken Jordan’s position and the King’s position on Palestine and the Hashemite Custodianship of Islamic and Christian holy sites in Jerusalem,” said a Jordanian investigative report quoted by the Washington Post.

Awadallah, who became an adviser to bin Salman, reportedly said, “A sticking point for us is Al-Aqsa. The king [Abdullah] uses that to browbeat us and keep his role in the Middle East.”