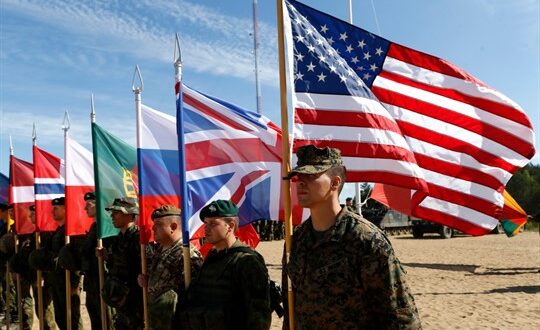 What the ‘Restrainers’ Get Wrong About U.S. Alliances

Proponents of a U.S. grand strategy of “restraint” are perhaps most well-known for advocating the end of America’s “forever wars” and reducing the country’s military footprint in the Middle East and Afghanistan.

But the so-called restrainers have also questioned the rationale for maintaining the United States’ extensive networks of alliances in Europe and East Asia, and particularly the presence of forward-deployed American troops in those regions.

On the Trend Lines podcast this week, WPR’s Elliot Waldman was joined by Thomas Wright, a senior fellow at the Brookings Institution, for a critical look at the ideas and assumptions underpinning restraint.

Post Views: 45
Previous For the U.S. and Russia, ‘Stable and Predictable’ Would Be a Good Start
Next America’s ‘Return’ Might Not Be Enough to Revive the West