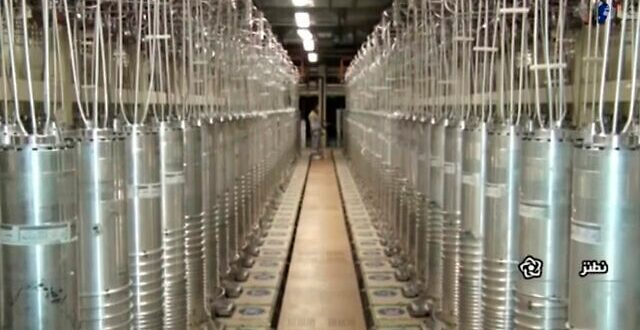 Despite Tehran’s claims to the contrary, opposition sources say attempted sabotage reported earlier in the day was successful, hitting complex previous sanctioned by the US, UN

The attempted attack on an Iranian nuclear site outside Tehran that was reported on Wednesday targeted a facility used in the construction of centrifuges needed to enrich uranium, Iranian opposition sources said.

Despite official Iranian claims to the contrary, the strike caused damage to the facility, according to unsourced reports in Hebrew media on Wednesday evening. They could not be independently confirmed immediately.

The attack was reportedly conducted with small drones. That too could not be immediately confirmed.

Iran did not identify who was behind the attack. It has accused Israel of conducting similar strikes on its nuclear facilities in recent years.

According to official Iranian media, the target of Wednesday’s strike was a facility that belongs to Iran’s Atomic Energy Organization in the city of Karaj, northwest of Tehran, known as the Karaj Agricultural and Medical Research Center.

Iranian state media maintained that the attack had failed and “left no casualties or damages and was unable to disrupt the Iranian nuclear program.”

Though Iran maintains that the Karaj facility is used for civilian purposes, it has been subjected to United Nations, European Union and American sanctions since at least 2007 for being involved in Iran’s nuclear and ballistic missile programs. The US lifted those sanctions under the 2015 nuclear deal, but then reimposed them in 2018 when then-president Donald Trump unilaterally withdrew from the accord.

According to unverified reports from Iranian opposition-aligned outlets, the specific target of the attack on Wednesday was a factory that manufactures parts for Iran’s centrifuges.

The attempted sabotage appeared to be the latest in a series of attacks on Iranian nuclear facilities in recent months, many of which have been attributed to Israel.

In April, Iran’s underground Natanz nuclear facility experienced a mysterious explosion that damaged some of its centrifuges. Last July, unexplained fires struck the advanced centrifuge assembly plant at Natanz, which authorities later described as sabotage. Iran now is rebuilding that facility deep inside a nearby mountain.

In a bombshell interview earlier this month, the former head of the Mossad spy agency all but confirmed that Israel was behind both the Natanz blast and the killing of Fakhrizadeh.

More generally, Cohen said: “We say very clearly [to Iran]: We won’t let you get nuclear weapons. What don’t you understand?”

Earlier this week Iran’s southern Bushehr nuclear power plant was temporarily shut down over a “technical fault,” the country’s atomic energy body said. The statement said the plant will be reconnected to the grid and the issue will be resolved “in a few days,” but did not elaborate further.

Wednesday’s attack came as the US and Iran — through intermediaries — were negotiating a mutual return to the 2015 nuclear deal, known formally as the Joint Comprehensive Plan of Action. When Trump abrogated the agreement in 2018, he put in place a crushing sanctions regime, which prompted Iran to also abandon the accord a year later, enriching more uranium and at greater levels of purity than was permitted under the deal, as well as taking part in other forms of proscribed nuclear research.

Israel staunchly opposes US President Joe Biden’s plan to reenter the JCPOA, which he has said he’s prepared to do provided Iran returns to compliance with the agreement.

In an apparent effort to ramp up pressure during these negotiations, Iran in April boosted its uranium enrichment to 60 percent purity, bringing it closer to the 90% purity threshold for full military use and shortens its potential “breakout time” to build an atomic bomb — a goal the Islamic Republic denies.

Iran has always denied seeking a nuclear weapon, but as it dropped its commitments to the deal it began enriching uranium to levels that the International Atomic Energy Agency said are only sought by countries aiming to build a weapon.