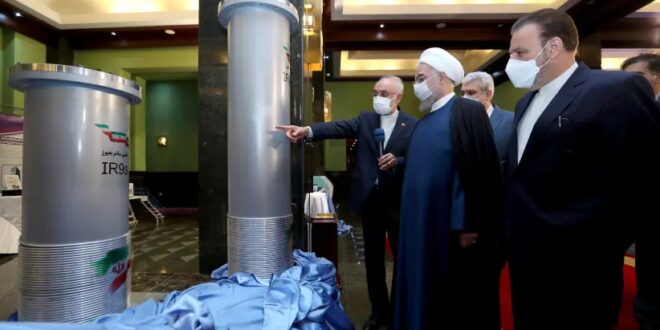 What might be the real target of the sabotage in Iran? – analysis

If a major centrifuge manufacturing site was hit and substantially damaged, it could severely set back Iran’s program for enriching uranium.

Contradictory reports about whether the sabotage succeeded and how the sabotage occurred, or was attempted, leave the situation regarding Wednesday’s incident at the buildings of Iran’s Atomic Energy Organization (AEO) in a haze.

But presuming sabotage was attempted against the buildings and may have succeeded, what might have been worth attacking by whoever would seek to set back Iran’s nuclear weapons program?

Drawing attention to the report, Albright told The Jerusalem Post on Wednesday night to review Figure 3.

An explanatory note for Figure 3 says that in 2011, the People’s Mojahedin Organization of Iran revealed the location of one of Iran’s centrifuge manufacturing sites, near the city of Karaj, referred to as the TABA site. The note continues that the components are reportedly “made in the three workshops marked in the image on the right.”

The incident on Wednesday was near Karaj so it could be this centrifuge manufacturing site, regardless of how Iran is labeling the site.

If a major centrifuge manufacturing site was hit and substantially damaged, as the Post has reported, it could severely set back Iran’s program for enriching uranium.

This is especially true when the Islamic Republic is already behind where it expected to be after its Natanz facilities relating to centrifuges were sabotaged twice – in July 2020 and again in April 2021.

Later, in the institute’s report, it warns that Iran, “may have declared only those [sites] dedicated to current manufacturing of centrifuges. Iran declared centrifuge manufacturing activities at the TABA centrifuge production site near Karaj (see figure 3). The operational status and output of this facility is not reported in the IAEA reports on Iran.”

“Such flow forming and filament winding machines are used in military industries that are present in Iran, and Iran has acquired many of them. Thus, a key question is whether Iran is secretly making centrifuge rotor tubes and bellows at unknown locations, in violation of the JCPOA, and if it takes place, what is the probability that it goes without detection,” said the report. The JCPOA, or Joint Comprehensive Plan of Action, is the formal name for the 2015 Iran nuclear deal with world powers.

This adds another layer of mystery to the current situation.

Some of what may be at the site that was hit may have been declared to the IAEA and some may not have been.

Iran always seems to try to lie and cover-up blows to its nuclear program as long as it can block the world from seeing the truth, but it would have a double incentive to lie here if there might also be undeclared nuclear program aspects.
It may be some time before the fog clears on Wednesday’s incident, but there is at least one theory about why this target might matter greatly to Tehran.