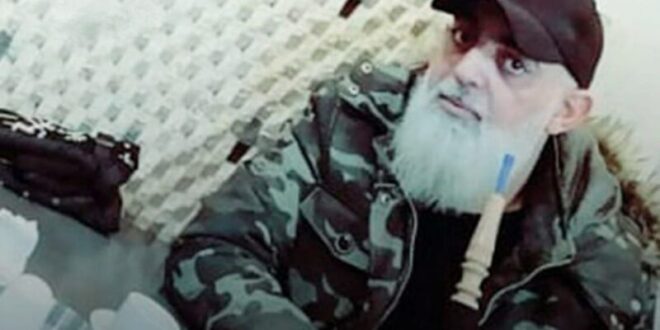 On Saturday evening, unknown assailants assassinated one of the most prominent leaders of the Lebanese Hezbollah militia, in Daraa. They shot and immediately killed him on the Saida-Ghariya road.

Jahmani is Hezbollah’s first man in Daraa since 2019. He welcomed several Hezbollah and Iranian generals in mid-2019 and called prominent figures in Saida for a meeting to urge the region’s youth to volunteer in the pro-Iranian National Defense Militia.

Jahmani was the target of several assassination attempts. For example, on April 30th, unknown assailants targeted his car in the town of Saida, east of Dara, injuring his shoulder. He was transferred to the Daraa National Hospital for treatment. In addition, Ghazi al-Jahmani and Mahmoud al-Salkhadi, two members of the military security branch were also injured.

On April 25th, unknown assailants targeted Jahmani but ended up killing Ayoub al-Shaabin. Shaabin was the second man after Jahmani, he was the commander of the Mohammed bin Abdullah brigade of the Yarmouk Brigade, in southern Syria. But after the peace settlement was agreed upon in the summer of 2018, he joined the military security branch.

On Friday, Authority forces fully enforced their siege on Daraa after closing all major roads leading to the city center.

This comes in parallel with the demand sought by the new Russian general in charge of southern Syria, named Assad Allah. He demanded that the central committee of Daraa al-Balad hand over 200 light weapons in exchange for the retreat of pro-regime militias from inside the city’s neighborhoods.

Several areas in the Daraa countryside have recently witnessed clashes between the authority forces and unidentified gunmen who targeted checkpoints belonging to the security and military services of the regime, which launched raids and arrests in various areas of Daraa.