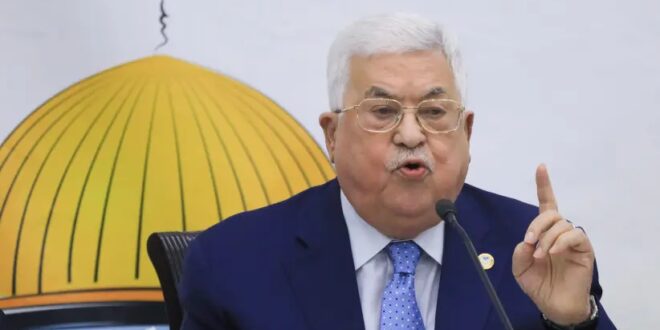 PA’s Mahmoud Abbas met with Jordan’s King Abdullah, where he expressed his support for the solution.

Palestinian Authority President Mahmoud Abbas on Wednesday made a surprise visit to Amman, where he met with Jordan’s King Abdullah.

The visit is to be seen in the context of coordination between the PA and Jordan ahead of Abdullah’s planned trip to the US on July 19.

The PA and Jordan have expressed support for resuming the Middle East peace process on the basis of a two-state solution.

The death of Banat, allegedly beaten to death by PA security officers who came to arrest him last week in Hebron, triggered widespread protests in a number of Palestinian cities, where demonstrators chanted slogans against Abbas.
The PA’s official news agency Wafa said that Abbas had a “private meeting” with the Jordanian monarch. “They discussed the latest political developments in the Palestinian arena, bilateral relations and issues of mutual concern,” the agency said. “President Abbas affirmed ongoing coordination with Jordan on the interest of the Arab nation and its common causes, primarily the Palestinian cause.”

The separate meeting was followed by an expanded meeting involving officials from both sides.

During the meeting with Abbas, Abdullah reiterated Jordan’s support for the Palestinians in “achieving their just and legitimate rights and establishing their independent, sovereign and viable state on the June 4, 1967 lines, with East Jerusalem as its capital,” according to a statement published by the Jordanian news agency Petra.

Abdullah “stressed the importance of translating the ceasefire in the Gaza Strip into an extended truce that pushes towards a political solution that achieves the Palestinians’ rights,” the agency said. “His Majesty stressed the need to intensify international efforts to achieve a just and comprehensive peace based on the two-state solution, and to preserve the legal and historical status quo in Jerusalem, warning that Israel must stop all attacks and illegal measures in the Palestinian territories.”

Jordan continues to play its historical and religious role in protecting Islamic and Christian holy sites in Jerusalem, based on the Hashemite guardianship over these holy sites, Abdullah said during the meeting. He also praised as “positive” the US administration’s decision to resume financial aid to the United Nations Relief and Works Agency for Palestine Refugees (UNRWA).

Meanwhile, PA Minister of Justice Mohammed al-Shalaldeh who headed the committee of inquiry into the death of Banat, on Tuesday night presented the findings to Shtayyeh.

Shtayyeh said that he will refer the report to the military judiciary, implying that those responsible for the death of the activist belonged to the PA security forces.

Shalaledeh said that the committee members interviewed the PA governor of Hebron and commanders and members of the various Palestinian security forces in Hebron.

The committee members also interviewed members of the Banat family who were present when the PA security officers arrived at his home to arrest him, Shalaldeh said, adding that the committee recommended that its report be referred to the judiciary.

But Ghassan Banat, the brother of the slain activist, denied that the committee members had met with any member of the family.

Post Views: 52
Previous Pentagon Will Leave Large Number of Troops in Afghanistan to Protect US Embassy, Airport
Next Lapid inaugurates Israeli Consulate in Dubai: ‘We created the incredible’