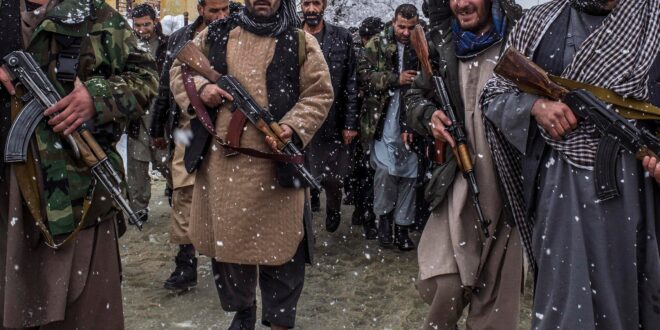 After Afghanistan Withdrawal: A Return to ‘Warlordism?’

As the United States withdraws from Afghanistan, Washington is considering options to ensure its intelligence-gathering and counterterrorism capabilities are maintained. Recent reporting suggests that United States is looking to use bases in Pakistan and in the former Soviet Republics in Central Asia — although without success so far. Washington is also mulling over engaging with Afghan warlords as part of this effort, a strategy it relied on in the 1980s and 90s and to a lesser extent over the last two decades. If history is any guide, this strategy will pose significant risks that could have deadly and destabilizing consequences for Afghanistan and the region.

Most former jihadi commanders have ethnically based militias. Supporting one group or another exacerbates political divisions and undermines the central government’s credibility and authority. After the withdrawal of U.S. and international forces, support for these warlords and political factions could help foster a multi-front civil war. This scenario played out once already in the 1990s and was one of the factors that led to the Taliban’s takeover of the country.

For decades, Afghan warlords have committed gross human rights abuses, yet, partly as a result of their close ties with the United States, these crimes have largely been overlooked. After 2001, the United States encouraged warlords’ inclusion in key government positions during the transitional administration created by the Bonn Agreement and in the new government formed following the establishment of 2004 constitution. The U.S. counterterrorism campaign against al-Qaida and the Taliban also saw massive amounts of military and intelligence resources supporting warlords and private contractors they controlled.

This provided these groups with power and credibility to establish themselves and undermine the central government. As reported by the Special Inspector General for Afghanistan Reconstruction (SIGAR) in 2016, “The warlord strategy [was] essentially to engineer a series of deals with the warlords in which they would agree to demobilize their private armies in exchange for some kind of political role in the government — provided they would operate by the rules of the new Afghanistan.” Yet, despite continuing to target civilians, the warlords never faced consequences.

Additionally, the CIA and other U.S. intelligence agencies created paramilitary forces that operated totally outside the authority of Afghan security institutions. Such groups like the Khost Protection Force have been implicated in severe human rights violations including extrajudicial killings of civilians, like a August 2019 night raid in Zurmat district of Paktia province that killed 11 civilians. U.S. forces’ failure to kill or capture Osama Bin Laden in the Tora Bora mountains in December 2001 can be traced to reliance on such unreliable warlords.
Withdrawal Rush Could Lead to the Same Old Mistakes

President Biden’s April announcement that all U.S. forces would withdraw by September 11, 2021 afforded U.S. military planners limited time to prepare for contingencies on how to continue the fight against the more than 20 terrorist groups still operating in the country. Just hours before Biden’s announcement, CIA Director William Burns told the Senate Intelligence Committee that the departure of U.S. troops will pose a “significant risk” of resurgent terrorism in the region and will “diminish” the U.S. government’s “ability to collect and act on threats” emanating from Afghanistan. Just last week, the U.S. intelligence community revised its estimates on how long the Kabul government could stand after U.S. withdrawal, saying it could collapse within six months.

Now, Western national security agencies are rushing to look at other options to counter al-Qaida, ISIS, and other terror networks operating from Afghanistan and are considering hiring Afghan warlords as proxies to provide intelligence on these groups. The United States is not alone in this thinking. Historically, Afghanistan’s neighbors have also funded different proxy militias to protect their security interests, including Iran, Russia, Turkey and India. With the Taliban making rapid advancement in recent months and a host of major attacks perpetrated by other terrorists, ethnic groups across the country are forming militias to protect themselves.

Some of the groups that the United States is now considering allying with are in fact those that enjoyed relations with transnational terror groups, like al-Qaida and Lashkar-e-Taiba, to name a few. Many of these militia groups were behind horrible atrocities in the 1990s. In 2016, SIGAR reported that the warlords were involved in corruption, including drug trafficking, arms smuggling, land grabbing and illegal checkpoints. With no boots on the ground and reduced political and intelligence capability, it will be very difficult for the United States to exert control over such paramilitary forces and ensure they do not play both sides.

In addition to destabilizing the overall political and security environment in Afghanistan, a militia-based strategy may undermine the core U.S. objective of preventing further terrorist attacks on the homeland. Ultimately, winning Afghan hearts and minds is key to blunting Taliban momentum. Paying uncontrolled and criminally minded warlords will alienate the public and narrow the anti-Taliban base.
To Protect Gains, Support Kabul

Above all, this approach neglects ordinary Afghans who are the real stakeholders and changemakers in their country. The progress and gains made — on education, women’s rights and much more — over the last 20 years are extremely fragile and Afghanistan remains one of the world’s poorest countries with more than half of the population living below the poverty line.

Resurgent warlordism could not only hamper this progress but could also dismantle the systems and institutions Afghans have built over the past two decades in partnership with the international community. This could trigger population exodus and lead to a catastrophic humanitarian crisis.

Moreover, these militias tend to be undisciplined, often behaving like mobs, leaving women, girls and young boys vulnerable to violence. They often consciously use sexual- and gender-based violence as weapons of war, leading to horrific and inhumane treatment of vulnerable populations.

It is vital that U.S. policy in Afghanistan is informed by the lessons learned over the past two decades. First and foremost, Washington should prioritize protecting the hard-won gains made in the last 20 years. Afghans have suffered far enough during the last four decades of war, and the United States, which has also paid a high price for rebuilding Afghanistan, should not write off a still-valuable investment. Here is what Washington can do: