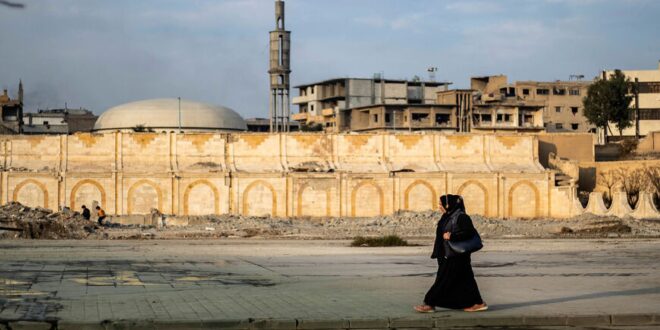 Islamic State activities seem to have diminished during the month of June in the Kurdish-controlled areas in northeastern Syria amid a crackdown led by the Syrian Democratic Forces.

After the Syrian Democratic Forces (SDF) cracked down on cells affiliated with the Islamic State (IS), the latter’s activity seems to have diminished, especially in June, which was the quietest month in terms of IS operations in the SDF-held areas in northern Syria.

This decline was particularly evident in the city of Raqqa and its countryside, while IS cells are still active in the countryside of Deir ez-Zor where they target the SDF or civilians cooperating with it almost on a daily basis. IS also targets some tribal sheikhs loyal to the SDF, in addition to clerics who either support the SDF or attack IS through their sermons in mosques.

On June 25, the Syrian Observatory for Human Rights (SOHR) reported that three members of the SDF’s self-styled security forces were killed and six others wounded in an ambush carried out by unknown gunmen, who are likely to be affiliated with IS. The latter targeted a bus in the town of Jazra al-Milag in the western countryside of Deir ez-Zor.

On June 22, SOHR reported, “The SDF cordoned off at midnight the city of al-Busaira in the eastern countryside of Deir ez-Zor, and imposed a curfew, coinciding with the ongoing raids and arrests [of IS suspects]. A man and his wife who were on their roof were shot at during an SDF raid.”

The SDF measures came after IS-affiliated social media accounts published earlier on June 22 an audio recording by IS spokesman Abu Hamza al-Qurashi calling on the group’s members and supporters in Syria and Iraq to intensify their operations against the Syrian government and the SDF.

He also called on his followers to release prisoners. “IS soldiers must do everything in their power to destroy the prison walls, and free Muslim prisoners,” he said.

Qurashi instructed IS members to “intensify” their attacks against the judges and investigators who are responsible for investigations and issuing judicial rulings against IS “to avenge the prisoners.”

Zain al-Abidin, a media activist from the Deir ez-Zor countryside, told Al-Monitor, “IS operations against the SDF have not declined in the northern and eastern countrysides of Deir ez-Zor, as happened in Raqqa. In general, IS operations fluctuate. When the SDF launches a security campaign, the group’s operations die down, and when the SDF reduces its measures, IS cells resume their activities. They target teachers, civil servants and people they accuse of sorcery. These cells kill any person suspected of working for the SDF; IS can simply accuse anyone of collaborating with the SDF and they would be immediately killed.”

He added, “In the areas of the Shaitat tribe that fights alongside the SDF, IS cells are weakened, as tribes there formed cells that track down IS affiliates. Meanwhile, the SDF has tightened the grip in Raqqa, so IS cells cannot move easily there. Likewise, the crackdown carried out by the Syrian regime and Russia against IS in the desert has limited the group’s activity in the SDF areas in general, and especially in Raqqa. IS had to withdraw many of its members in order to fight the regime in the Syrian desert, which weakened its ability to attack the SDF.”

Hassan al-Ali, an SDF leader residing in the eastern countryside of Deir ez-Zor, told Al-Monitor, “We dismantled dozens of cells in the city of Raqqa and its countryside, so IS activity declined there. But the group is still active in the countryside of Deir ez-Zor, where it operates through masked men on motorcycles who shoot and flee the scene immediately. We cannot always catch up with them because we cannot cover the entire area under our control.”

He said, “The group also recruits teenagers because they do not arouse much suspicion. Our checkpoints do not suspect that these children can carry out assassinations against our members, and this facilitates the group’s work. They lure these children in by playing on their religious or ethnic emotions and telling them that the Kurds are trying to rule the Arabs and that they practice the policy of racism, which fuels these teenagers.”

Ali noted, “We depend on the security forces working with us to track IS cells, and in many cases, we managed to arrest members before carrying out their operations. In Raqqa, most of the tribes work with us, which explains the decline in IS activity there, because clans arrest IS affiliates and hand them over to us. Intelligence information indicates that the Deir ez-Zor Civil Council and the Autonomous Administration’s civilian employees are threatened by IS cells, which according to the information we received will intensify their operations in the coming days and months. We also noticed a significant decline in the group’s activity during the month of June, compared to May, during which IS heavily attacked SDF members. This is why we intensified our security campaigns against IS cells and have begun to reap the fruits of our hard work this month.”