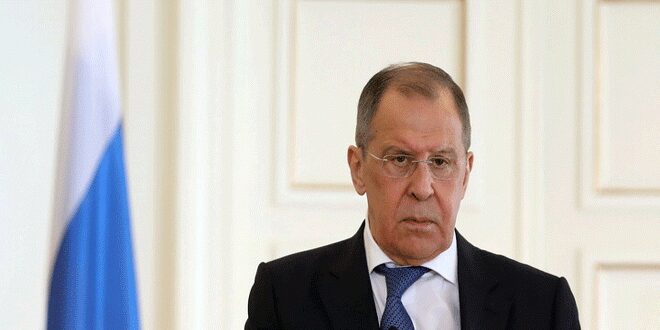 Russian Foreign Minister, Sergey Lavrov, affirmed on Wednesday Moscow’s opposition to a new draft resolution submitted to the UN Security Council on opening a second corridor for delivering assistance to Syria across borders.

“If we are actually concerned about the humanitarian situation that the Syrian people suffer from, then we should look at reasons causing this situation, such as sanctions and the inhumane “Caesar Act” adopted by the administration of former US President Donald Trump, in addition to the partners’ rejection of guaranteeing the delivery of humanitarian aid via international organizations through the Syrian government,” Lavrov said during a press conference along with Foreign Minister of the Turkish regime in Antalya.

Lavrov stressed the need to preserve the territorial integrity of Syria which is a priority set by the UN Security Council, expressing Russia’s regret over attempts to create separatist tendencies in the northern part of Syria with financial and material support from abroad.

“Attempts to divide Syria are absolutely rejected,” he added.

As for the mission of the UN special envoy to Syria Geir Pedersen, Lavrov said, “this mission lies in encouraging the parties to dialogue, and Pedersen should be a helpful figure in this regard.”

For his part, Russia’s Permanent Representative to the UN, Vasily Nebenzya has affirmed that Russia disagrees with transferring humanitarian aid to Syria across borders, as it constitutes a full violation of the principle of providing humanitarian aid and the rules of international law.

Russia Today said that during a UN Security Council’s meeting, Nebenzya slammed statements regarding the resumption of the operation of border crossings as “a bad idea,” indicating that the mechanism of transferring aid across borders completely violates the principle of providing humanitarian aid and the rules of international law.

Post Views: 49
Previous Russian General Turns Against Daraa Residents
Next Statement by Blinken and Foreign Ministers of the Global Coalition to Defeat Daesh