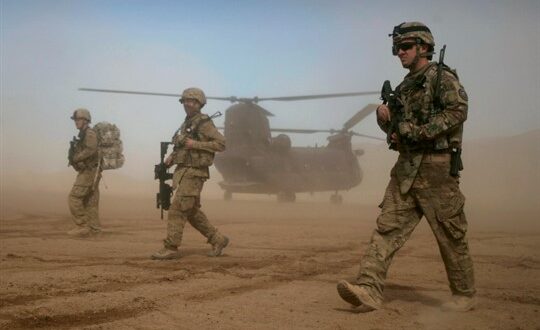 ‘The Worst Seemed Very Far Away’: Andrew Exum on the Afghanistan War

Last week, U.S. President Joe Biden announced his decision to fully withdraw U.S. forces from Afghanistan by Sept.11. After 20 years and two generations of American service members fighting there, America’s longest war will come to an end. What will the legacy of that war be for the U.S. military? And will it have a lasting impact on American society?

In this week’s big picture Trend Lines interview, Andrew Exum joins WPR editor-in-chief Judah Grunstein to discuss those questions and more. Exum is a partner at Hakluyt & Company, a global advisory firm. He began his career as an officer in the U.S. Army, leading platoons of both light infantry and Army Rangers in Afghanistan and Iraq. In 2009, he returned to Afghanistan to serve as a civilian adviser. He later served as deputy assistant secretary of defense for Middle East policy from 2015-2017. He was also a long-time WPR contributor and weekly columnist.