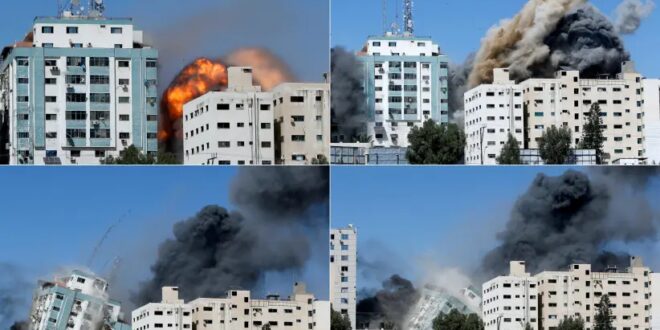 The public would raise a collective eyebrow. How could an officer from the C4I Directorate who specializes in communications systems lead infantry troops behind enemy lines in Lebanon or the Gaza Strip? How could an officer from the Spokesperson’s Unit who specializes in media management command an F-16 formation on its way to bomb a target deep inside Syria?

That is why Chief of Staff Lt.-Gen. Aviv Kohavi’s recent decision to appoint two officers without media experience to key roles in the IDF Spokesperson’s Unit is puzzling. The first appointment was Brig.-Gen. Ran Kochav, former commander of the air force’s Air Defense Command that oversees the operation of Israel’s different missile defense systems – Iron Dome, Patriot, David’s Sling and the Arrow – as the new chief IDF spokesperson and member of the General Staff.

Colleagues who know “Ranko” – as he is referred to in the IDF – describe him as a talented and smart officer with superior management skills. It seems that for a short period of time, he also anchored a security-focused show on Army Radio. That is his “media experience.”

The second officer is a former pilot in the Israel Air Force who has spent the last few years in the IDF Planning Directorate. His colleagues describe a fast learner and talented officer who is smart, has diplomatic experience and is fluent in English. Does he have any media background? You already know the answer.

With these appointments as the backdrop, now think about the breakdown in trust between the IDF Spokesperson’s Unit and the foreign media in Israel. This mistrust – which some journalists describe to be at an all-time low – was exacerbated by two recent incidents.

The first was the act of deception that the IDF Spokesperson’s Unit used against the foreign press during the recent Gaza operation when officers falsely briefed reporters that troops had crossed into the Gaza Strip. Hours after the publication of the ground incursion, the IDF retracted, clarified and apologized to the press. A mistake, the army said, had been made and not a single soldier had entered Gaza.

This did not change the sentiment among foreign journalists who felt they had been intentionally played and deceived by the IDF.

Why would the IDF Spokesperson’s Unit do that? A few hours after the “mistaken” briefing, the air force bombed Hamas’s terror tunnel network in Gaza, referred to in the IDF as the “Metro.” The assumption is that the IDF used the foreign media to get Hamas to alter its deployment in Gaza so the attack on the Metro would be most effective.

If we are already mentioning the Metro, was that really the best name to describe a terrorist network of cross-border tunnels? Did Kohavi or anyone around him bother to think what the average person in London or New York would think about Israel bombing the Gaza Metro? It might be cute in Hebrew, but in English the average American or Brit likely wondered when the poor people of Gaza got themselves a subway system and why Israel was bombing it.

The second incident that fueled mistrust took place a day later on May 15, when the IDF bombed al-Jalaa tower in Gaza City, a 12-story office building that was home to the bureaus of the Associated Press (AP) and Al Jazeera.

To understand the damage the bombing of this building caused, try to think for a moment like a diplomat or a foreign journalist. In their eyes, the combination of these two events – the deception and the bombing – created a feeling that the Israeli military was not only intentionally deceiving journalists; it was also physically attacking them.

While no one was hurt or killed in the airstrike – the air force called the owner of the building and gave him an hour to evacuate – the incident was a turning point in the Biden administration’s approach to Israel’s anti-Hamas offensive, leading to condemnations by the White House press secretary as well as the secretary of state.

Did anyone in the IDF think to delay the bombing of the building due to the presence of news bureaus, and specifically one of the largest American media organizations in the world? The answer is no. That same day, the IDF Spokesperson’s Unit released a statement claiming that Hamas had an intelligence research-and-development unit in the building that constituted a “unique asset for the terrorist organization.”

The next day, on Sunday, Lahav Harkov published in The Jerusalem Post that Israel had transferred “smoking gun” intelligence explaining the reasoning behind the bombing of the building to the relevant US authorities. Later that day, then-prime minister Benjamin Netanyahu confirmed the report in an interview with CBS.

The story though was not yet over. The following day, Secretary of State Antony Blinken was asked by reporters if he had seen the information. No, he said. “Shortly after the strike we did request additional details regarding the justification for it,” Blinken said. But, he added, “I have not seen any information provided.”

It would take another day for the situation to change. On Tuesday, four days after the bombing, Blinken finally received the information.

Another few weeks would pass before the picture cleared up even more. On June 7, nearly a month after the strike, Israeli Ambassador to the US Gilad Erdan met with AP’s top management in New York and revealed that Hamas had operated special electronic warfare technology in al-Jalaa tower that was being used to disrupt the Iron Dome missile defense system.

A legitimate target? Definitely. Has any evidence though been made public? No.

The above story is not meant to undermine Israel’s right to defend itself and to attack legitimate Hamas targets. Rather, it is an attempt to understand why the information was not revealed immediately, in real time, during the fighting and right after the building was destroyed.

The IDF knows how to put together and publicize evidentiary files on targets without compromising intelligence sources. It also knows how to share this kind of information with the media and its allies in real time and not after a month. If the IDF had done exactly that after dropping a bomb on al-Jalaa tower, would Israel have been spared the criticism of the White House or the State Department? Possibly, just like it is possible that the legitimacy to continue the operation would not have been undermined.

So why did none of this happen? The reason, I believe, is because the IDF and the former government neglected the media front. The IDF conducted itself as if it operates in a vacuum without needing to explain its actions to the public and as if international diplomatic pressure meant absolutely nothing to it.

IN RECENT YEARS, IDF chiefs of staff have preferred, for example, to appoint field officers with combat experience to critical roles in the IDF Spokesperson’s Unit as opposed to media professionals or public diplomacy experts.

To some extent, this makes sense. There is an argument to be made that there is no one better than an accomplished infantry officer or a decorated fighter pilot to explain Israeli combat operations to the world.

In addition, we should not fool ourselves into believing that the appointment of a media professional alone is enough to fix the situation. The IDF is just one player in a larger public diplomacy campaign to ensure Israel preserves legitimacy to carry out military operations. There are others – in the Prime Minister’s Office, the Foreign Ministry and the Defense Ministry – who are no less responsible for this situation.

A media professional does not exempt the government from considering the wider diplomatic consequences of its decisions and how they will directly impact IDF operations, Israel’s legitimate right to act as well as Israel’s image as a peace-seeking democracy.

And that is exactly the point: It is time Israel recognizes that the media front is no less important than the battlefield in Gaza or the home front at which Hamas missiles are fired.

The media front impacts the IDF’s ability to continue its operations no less than when a rocket strikes a home in Ashkelon or Sderot. One is dependent on the other. If there are a high number of casualties from rocket attacks, the operation will escalate; and if there is no international legitimacy due to poor media management, the operation will be shortened.

This is why Israel cannot accept a situation in which the IDF and the government continue to neglect the foreign media.
It is easy to say – as many hasbara (public diplomacy) activists do – that the foreign media is biased and even antisemitic. But this is nonsense. This is a claim Israel can only potentially make after it gives its best effort, allocates the right resources and appoints the right people to manage the media front during wartime. Until now, none of this has been done.

A country that respects itself would not act like this. It would invest the necessary resources and appoint the right people to do the right jobs. It would have someone around the table who could warn of the repercussions from bombing an AP bureau just one day after deceiving the media. It would understand the necessity of taking that into consideration.

Media management is a profession, and that is how it needs to be looked at within the military and the government. It is no secret that Israel faces additional conflicts looming on the horizon. The media neglect needs to stop now.

Post Views: 75
Previous ‘The Worst Seemed Very Far Away’: Andrew Exum on the Afghanistan War
Next IDF on alert in the South after latest round of Hamas clashes