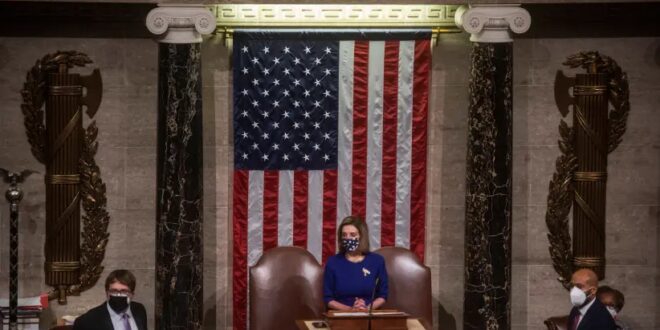 The House Appropriations Committee approved on Thursday the 2022 State and Foreign Operation fiscal bill, including $3.3 billion in US security assistance to Israel, as agreed to in the 2016 memorandum of understanding (MOU).

The American Israel Public Affairs Committee (AIPAC), tweeted that “the committee’s appropriation, with no added political conditions, reflects the strong bipartisan commitment for Israel’s security in Congress and the Biden administration.”

The bill also restores funds for the United Nations Human Rights Council, “unless the secretary of state determines and reports to the Committees on Appropriations that participation in the council does not serve the national interest of the United States and that the council is not taking significant steps to remove Israel as a permanent agenda item nor taking actions to ensure integrity in the election of members to such council as directed under reports in this section.”
“The committee notes with disappointment the ascension to UNHRC of countries with poor human rights records, and therefore urges the secretary of state and the United States ambassador to the United Nations to exercise the renewed influence of the United States in the Council to vigorously press other countries to uphold human rights, respect the rule of law, and treat their citizens with dignity,” the accompanying report reads. “The committee is also concerned with the continued, disproportionate focus of UNHRC on Israel and its anti-Israel bias.”

The bill directs the secretary of state “to submit an annual report to the Committees on Appropriations describing instances of anti-Israel bias at the United Nations, including an identification of the agencies and entities where such bias has been demonstrated in the past.”

The committee also noted that it is “concerned about international efforts to stigmatize and isolate Israel through the Boycott, Divestment, and Sanctions (BDS) movement.”

“The committee directs, as part of the annual report to Congress on the Arab League Boycott of Israel, that the president add information about the BDS campaign, covering companies, international organizations, countries, and other organizations, including state investment vehicles, that are involved in promoting the movement, as well as specific steps the Department of State has taken and expects to take to discourage or end politically-motivated efforts to boycott, divest from, or sanction Israel or Israeli entities,” the report reads.

“The committee further directs the secretary of state and [the] USAID administrator to strengthen policies and procedures to ensure organizations supported through funding are not participants in such efforts.”

The report also “reaffirms the longstanding, bipartisan support for a two-state solution to the Israeli-Palestinian conflict, and notes that a negotiated two-state solution is essential to achieving the goal of a democratic Jewish State of Israel and a viable, democratic Palestinian state living side-by-side in peace, security, and mutual recognition.”
“The committee remains concerned by the absence of direct negotiations and urges both sides to refrain from engaging in unilateral action that jeopardizes the chances for dialogue and returning to the negotiating table, or of eventual achievement of a two-state solution,” it reads. “This includes Palestinian incitement of violence and pursuing recognition as a state and membership in international organizations in lieu of achieving a two-state solution through negotiations. This also includes Israeli annexation or settlement expansion outside of an agreement negotiated between the two sides.”

The committee recommendation includes $225m. under the Economic Support Fund for humanitarian and development assistance for the Palestinian people in the West Bank and Gaza.

The bill would also provide $1.6b. in assistance for Jordan, including $1.2b. under the Economic Support Fund and $425m. under the Foreign Military Financing Program.

“The committee notes the importance of the relationship with the Kingdom of Jordan and the strong leadership that Jordan continues to play in advancing peace and stability in the region,” the accompanying report reads.