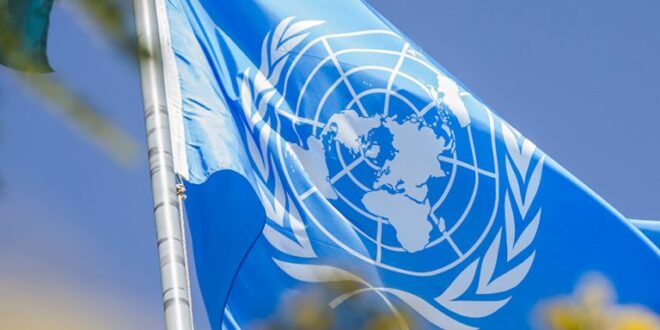 United Nations diplomats are scheduled to formalize the review of the UN Global Counter-Terrorism Strategy by adopting the resolution on Wednesday.

Although a non-binding resolution, the GCTS provides an important normative framework and operational guidance for the work of over forty UN entities.

Traditionally adopted by consensus, the difficult negotiations represent a common ground agreed upon by all 193 states in the UN General Assembly.

A comprehensive assessment of what has and hasn’t worked, and its impact, respectively, should inform a “reboot” of the UN counterterrorism strategy before the next review.

Diplomats and counterterrorism experts at the United Nations have concluded a review of the UN Global Counter-Terrorism Strategy (GCTS), a biennial negotiation to update the General Assembly’s keystone counterterrorism framework. Owing to the COVID-19 pandemic, the 2020 review was postponed to this year, making it an unusual year for international counterterrorism, with several pending decision points regarding the role and function of UN counterterrorism bodies, including the Security Council’s Counter-Terrorism Executive Directorate (CTED) and the Al-Qaida/ISIL Sanctions Monitoring Team. Although the GCTS is a non-binding resolution, it provides an important normative framework, representing a common position taken by 193 states when adopted by consensus (i.e., without any vote or opposition). Moreover, it shapes the operational direction for many UN funds, agencies, and programs tasked with developing and implementing counterterrorism-related capacity-building projects through regional and country-based offices globally. Since the adopted resolution represents the will of the Member States, it can be a valuable reference point or create much needed political space and fundraising opportunities for UN entities.

Negotiations over the GCTS—precisely because the endgame is some form of agreement across all Member States—are traditionally difficult and contentious, and this year appears to have been no different. Two key issues were identified early on as potential flashpoints: the repatriation of Islamic State-affiliated individuals and families from camps in Northeast Syria, and the inclusion of references to violent far-right groups and right-wing terrorism. The customary divide among states between those who favor a counterterrorism approach grounded in human rights, prevention, and a multi-stakeholder approach that includes civil society organizations, and those favoring a narrower conception of counterterrorism focused on security and law enforcement, remains. While adopting the resolution by consensus adds value in making it representative of global opinion, it also means compromising on priorities to reach a common denominator. However, the current draft, which passed silence (a formal procedure where if no one “breaks the silence,” a text is adopted) last week, makes several gains regarding the inclusion of civil society; reaffirmation of the importance of gender and the roles of women; and protections of the rights of the child.

On the question of repatriation, where there are deep divisions between states—especially between the Permanent Members of the Security Council (China, France, Russia, the United Kingdom, and the United States)—it appears states were willing to accept some references, carefully caveated by the acknowledgement that these would need to be voluntary and determined on a case-by-case basis. Some states have argued that repatriation is essential, and that legal, security, and humanitarian considerations make it incumbent upon states to take back their nationals from camps and prosecute them at home. Others, particularly those with a higher number of nationals in the camps, have argued that individuals should go through the justice system in the countries where crimes have been committed. The difficulties in obtaining evidence from conflict zones and securing prosecutions or sentences commensurate with the crimes even when prosecutions do go forward, combined with competing priorities for resources, have also made it politically difficult for many governments to commit to repatriation. Nonetheless, UN entities and several states have extensively supported states who do wish to repatriate nationals and have promoted several related capacity-development initiatives.

On the question of far-right violent extremism, it appears there is more agreement among states on the risk itself than on the terminology. Some states opted for framing the threat in racial and ethnic terms, some in terms of political ideology, and others in terms of religion. While the Strategy is not limited in application to any specific group or region, UN Secretary-General António Guterres had expressed hope that states would be able to name and acknowledge this emerging threat and present a unified front. Much as the terminology in the recent U.S. National Strategy to Counter Domestic Terrorism aroused a great deal of interest among policymakers and practitioners, some agreement on terminology could have demonstrated collective international resolve. Nonetheless, it appears the new text does in fact acknowledge the threat and introduces a reference to the Christchurch Call, an international effort to address right-wing terrorism in the aftermath of the March 2019 attacks in New Zealand that killed over fifty Muslim worshippers.

The original Global Counter-Terrorism Strategy adopted in 2006 was novel in fostering a preventive approach and a focus on human rights, together with more traditional aspects of countering terrorism, like law enforcement, criminal justice, and measures to counter the financing of terrorism. The four pillars of the GCTS, reminiscent of the UK’s counterterrorism strategy, CONTEST, focus on addressing conditions conducive to terrorism (prevention); preventing and combating terrorism (law enforcement, criminal justice, and financing measures); building state capacities; and promoting and protecting human rights. While the individual components were not unique, the combination was a rare statement of collective intention on the part of states. The biennial review is intended to provide an opportunity to highlight new priorities and create a complementary “action plan.” However, at over 100 operative paragraphs and thirty pages, many of which are repetitive and echo preexisting legal obligations, there are questions about the usability and impact of the review in its current form. Before the next review in 2023, Member States and UN bodies should undertake a comprehensive assessment of lessons learned and impact over the past two decades, and consider a drastically streamlined “reboot” of the Strategy and the review process to ensure it reflects current threats, challenges, and resources.

Post Views: 259
Previous Hamas Enjoys a Surge in Support after May Confrontations with Israel
Next Cuba Rejects US False Accusation on Human Trafficking