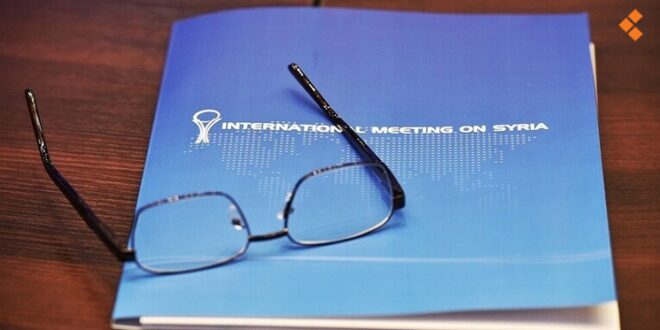 Sources claim that Russia is willing to show some flexibility with regards to border crossings in Northern Syria, in exchange for Washington’s leniency when it comes to sanctions, according to Athr Press.

As Russia prepares to discuss humanitarian border crossings during the UN Security Council session to be held on July 10th, Russian media has raised potential scenarios that might help resolve the impasse.

Quoting sources, Russia Today reported that the Astana talks, which began on Wednesday, will discuss extending the UN mandate for UN aid delivery across the border. Russia Today noted that Ireland and Norway had submitted a new draft resolution calling for the mandate’s extension and the reopening of the al-Arabiya crossing with Iraq. The sources state that Washington is demanding the opening of the third crossing in Bab al-Salama, Bab al-Hawa — which is currently operational — and the al-Yarubiyah crossing with Iraq, due to the United States’ links to the Kurds.

The sources pointed out that the proposal to expand the mandate bears political implications. It should be noted that the United States and Turkey use these crossings, with or without a UN resolution in place. A compromise may later be reached to extend the current mandate for the Bab al-Hawa crossing for 6 months or a year only, without expanding the overall mandate. Such an action would be a gesture of goodwill toward Washington; in exchange, the United States could grant Russia some exemptions from the Caesar Act and lift sanctions on some Russian companies, allowing them to operate east of the Euphrates.

Russia Today’s sources highlighted the stalled political process at the Astana talks, arguing that UN Envoy to Syria Geir Pedersen is unconscionable. According to the sources, Pedersen is interfering in the political process while the UN resolution aims at facilitating the process instead.

Russian sources reported that a potential military operation in Idleb is unlikely. The situation there is very delicate; taking military action would involve a confrontation with the Turkish army and the displacement of many residents.

In related news, on Tuesday the United States revealed that it has proposed to the UN Security Council to expand humanitarian aid throughout Syria, which means that the Syrian regime will preside over part of that aid delivery. This move forms part of intensified pressure to open humanitarian crossings that exist beyond the control of the Syrian state.

U.S. Ambassador to the United Nations Linda Thomas-Greenfield refused to link the lifting of U.S. sanctions against the Syrian state with extending the cross-border aid mechanism. Russia and China are demanding this bargain.

Washington has already rejected a UN Security Council proposal to continue opening the Bab al-Hawa crossing, noting that the other two crossings should be opened. At the same time, many Russian political observers suggest a potential for compromise between the Russian and U.S. sides on the crossings.