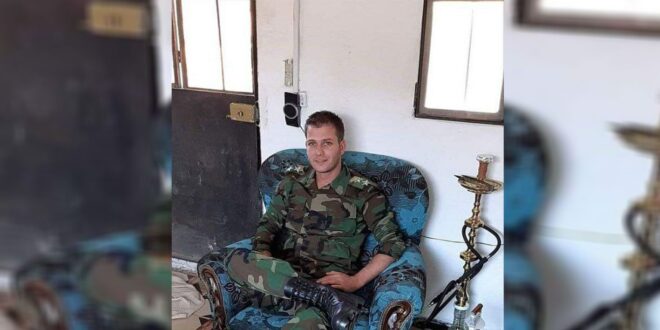 An officer was killed and four soldiers injured near the borders with Lebanon after clashing with smugglers, according to Sowt al-Asima.

On Tuesday, July 6th, clashes near the town of Kfer Yaboos in Rural Damascus resulted in the death of an army officer and the injury of four other regime soldiers.

A Sowt al-Asima correspondent reported that the clashes took place at dawn. The fighting occurred between a group of smugglers and the regime army, on the outskirts of Kfer Yaboos, which is located near the Syrian-Lebanese border.

The correspondent added that the clashes lasted more than half an hour, during which light and medium weapons were used, pointing out that they resulted in the death of an officer ranked “first lieutenant” and injured four other fighters.

On Facebook, pro-regime news pages mourned Lieutenant Zain Muhanna, who hails from the al-Qara village in the countryside of Qardaha, in the Lattakia governorate.

The correspondent refuted all reports that opposition groups had targeted a regime army post near Kfer Yaboos, stressing that the clashes took place at the border while a smuggling convoy passed by.

In 2020, the Sowt Al-Asima team documented the creation of 32 targets: from military checkpoints to Syrian regime checkpoints to local militia leaders, as well as attempts aimed at the regime’s most prominent agents in and around the capital, Damascus.

According to the documented list of targets, the operations aimed at seven military checkpoints, 14 security vehicles using IEDs, as well as 11 local militia leaders, militia fighters, and informants in various regions.