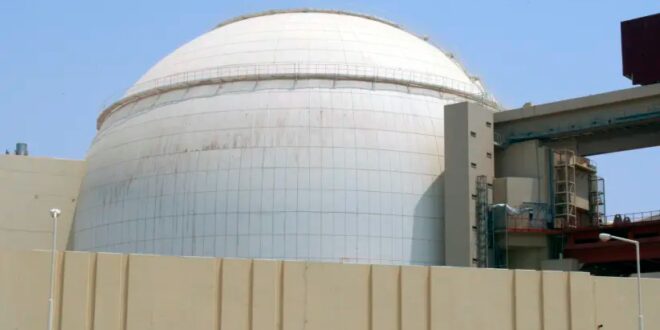 Should the Mossad have publicly revealed seizing nuke archives?

“Was there a need to publicize it? Maybe we could have held onto the information and revealed it a little bit at a time, drawn out over several years.”

There is still an ongoing debate over whether it was wise to publicly reveal to the world the Mossad’s seizing of Iran’s secret nuclear archive or whether the disclosures should have been limited to allied intelligence services, former Mossad official Sima Shine said on Tuesday.

Speaking as part of an INSS conference honoring the memory of deceased former senior IDF intelligence official Shmuel Even, Shine, who now leads research on Iran at INSS, seemed to hint that she was against the 2018 public reveal by then prime minister Benjamin Netanyahu.

“Was there a need to publicize it? Maybe we could have held onto the information and revealed it a little bit at a time, drawn out over several years,” she said.

If the Mossad had only quietly shared the intelligence with counterparts like the CIA, MI6 and the IAEA (International Atomic Energy Agency) international inspectors, “the Iranians would not have known how much we took from them.”
On the other hand, she recognized that “the political class wanted to reveal [details of Iran’s nuclear program] in order to help get out of [extricate the US from] the [nuclear] deal.”

She said that there is always some friction between the political class and intelligence professionals who each “have a different view of how to enhance national security.”

In a broader view beyond the Iranian archive operation, she said that, “the higher up in the ranks [of the political class] issues get considered, the less influential intelligence is” on policy.

Shine said that even as “it seems obvious that intelligence should be part of the national security concept,” it is also important to see issues from the broader perspective of the National Security Council and ministries which make policy.

She said she learned some new perspectives after her Mossad service while working at the NSC and as deputy director-general of the Strategic Affairs Ministry.

Earlier at the conference, Yaakov Amidror echoed a similar point.

Amidror served as NSC chief, but had also served in the Defense Ministry and in both intelligence analysis and operational capacities in the IDF, reaching the rank of major general.

He said: “One’s standpoint changes how one sees things. The prime minister sees everything and lots of other elements” beyond the intelligence community’s perspective.

In fact, Shine said that a frequent source of friction, regardless of who is prime minister, is the political class pushing for Israeli intelligence professionals to share more information and operations with foreign allies.

Israeli intelligence professionals often push back out of information security concerns or concerns that certain sharing or joint efforts could place limits on their freedom of action at a later point.

This issue has arisen even before 2018 with Iran, where both the political and intelligence classes acknowledge there is a need to get allied help to confront the Islamic Republic, but the different camps draw the lines in different places.
For these other past Iran intelligence issues, Israeli intelligence officials were concerned sometimes that even well-meaning allies might be more easily penetrated by Iran.

At another conference on Tuesday hosted by Media Central, IDF Col. (res.) Dr. Ori Nissim Levy warned that one of the greatest current dangers with Iran is that there is “no agreement and no plan for military action” should such action become necessary.

Levy said it was key to work with the US behind-the-scenes to fix aspects of the JCPOA deal, while leaving the option for Israel to act unilaterally against Iran on the table.