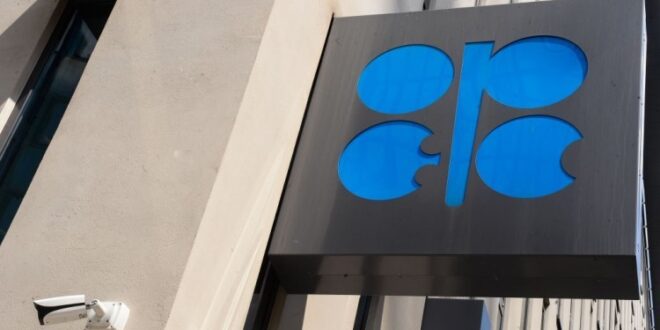 OPEC+ and the specter of Iranian oil

On the eve of the July 2021 OPEC+ meeting, it was expected that the threat of Iran’s imminent return to the oil market would force the cartel to reconsider its plans to increase production to reduce volumes that would be brought to market in the second half of 2021. There were also concerns that the “Iranian factor” would ignite a new conflict between Saudi Arabia, which could use the threat of Iran’s extra barrels to justify restraint in production growth by OPEC+, and Russia, whose leadership insists on an increase in output. Instead, a new crisis broke out around the UAE, which refused to support the idea of extending the current agreement on production restrictions until the end of 2022 as well as approving the gradual increase in OPEC+ production by 2 million barrels per day (mbpd) by the end of 2021. Interestingly, the Iranian factor turned out to be somewhat irrelevant to the quarrel: The leadership of the Emirates was simply frustrated with the fact that its open dissatisfaction with the distribution of production quotas has been ignored by other members of OPEC+ for more than a year.

The specter of Iranian oil

Since Joe Biden’s election as president of the U.S. and the beginning of the Vienna negotiations on the restoration of the 2015 Iran nuclear deal, known as the Joint Comprehensive Plan of Action (JCPOA), Iran has been at the center of attention on many occasions. The discussion of the future of the oil market was no exception in this regard. This was determined by several factors, including:

All this created a myth that the lifting of the oil embargo would lead to an immediate glut in the market, resulting in a fall in prices and further market volatility. However, the danger of an Iranian “oil rain” might be exaggerated.

Is the Iranian factor that important?

First of all, the negotiations in Vienna showed that there is no reason to expect that the oil embargo will be lifted any time soon. Both the American and Iranian sides would like to get a nuclear deal that would maximally satisfy both their political establishments and electorates. To achieve this, they are ready to spend as much time as necessary, looking for a middle ground between clearly differing ideas about the “ideal JCPOA.” At the same time, the question remains open about how quickly the Iranian industry will be able to increase the level of production after the signing of a new agreement. It is important to keep in mind the quality of Iranian equipment and its high degree of wear, as well as the fact that over the past decades the aging and naturally declining production of Iran’s main fields were the key challenges to its oil industry. The sanctions imposed against the country have significantly slowed the implementation of measures (including enhanced oil recovery programs) to deal with falling output, while those that are still being implemented will not show results before 2023. Consequently, the estimates of some experts that Iran will be able to reach production of more than 4 mbpd within one to three months look implausible. There is no reason not to believe the International Energy Agency estimates, confirmed by some independent experts, that it will take Iran a year to reach output of 3.8 mbpd.

Secondly, there are also doubts about the volume of Iran’s extra export capacity. Theoretically speaking, an increase in oil production to 3.8 mbpd could help Iran boost its oil trade from the current 0.8 mbpd to 2.5 mbpd (i.e. by 1.7 mbpd). However, these estimates are based on the 2015-18 period. They neither take into account the growth in domestic oil consumption (due to the development of petrochemical production in Iran), nor consider the real volumes of oil that Iran already supplies to China and, possibly, India, bypassing sanctions. Thus, taking into account the information about the growth in Iranian “gray” oil exports to Asia during the spring of 2021, the current volumes of Iranian oil exports can be increased to 1-1.2 mbpd, reducing the growth potential to about 1.3-1.5 mbpd (assuming that Iran reaches full production at 3.8 mbpd), which is not that big a volume.

Third, the United States will obviously not lift all sanctions imposed against Iran. This means that Iran may continue having problems with access to the international financial system, as well as maritime insurance and freight services, maintaining its image as a toxic country for doing business. Consequently, it will take more time than usual to restore the lost connections with consumers and develop new trading networks. As a result, Iran’s return to the oil market, including the sale of its accumulated reserves, will be slow. In other words, no immediate “oil rain” is expected.

Fourth, the current positive forecasts of global economic recovery predict oil demand growth (including the return to pre-COVID levels by 2023) that will probably counterbalance the price instability caused by Iran’s return. As of May 2021, the market already had a deficit of at least 1 mbpd that is supposed to grow if no action is taken by OPEC+. Moreover, from a long-term perspective, not all OPEC+ members (for example, Angola, Algeria, and Nigeria) are able to return to the October 2018 output level taken as a base line for the current production quotas, leaving additional room for Iran.

Finally, not all OPEC+ members see the return of Iran as such a disaster. A number of countries, first of all Russia, are afraid of overheating the oil market and its possible destabilization if current oil prices continue to rise accompanied by only a modest increase in supply. Yet, for a number of reasons they do not want to come into conflict with Saudi Arabia, which is pushing for higher oil prices. Under these circumstances, the return of Iran is seen as a certain panacea that, at least temporarily, can keep the market from overheating without resulting in active fighting about output quotas.

All in all, Iran’s return is hardly likely to result in long-term confusion in the global oil market. The only danger about the Iranian factor is its unpredictability. At the moment, the Iranian economy is a zombie: It cannot actively and sustainably develop, but it is still able to ensure the country’s basic needs. Consequently, Iranian negotiators want to lift sanctions, but they believe they can afford to take their time to bargain for the best deal with the U.S. The June 2021 election of the conservative Ebrahim Raisi to the presidency will only exacerbate the sluggishness of the negotiations. As a result, the lifting of sanctions is highly likely, but no one can predict exactly when it will occur. This, in turn, strengthens the uncertainty factor in the oil market.

Not by Iran alone

The “unexpected” demarche of the Emirates at the recent OPEC+ meeting served as a reminder of how dangerous it is to focus on just one factor affecting the cartel’s decision-making when OPEC+ behavior is shaped by a complex array of drivers, of which the “Iranian problem” is only one. Moreover, it is not always possible to take into account all of the driving forces due to their diversity and constantly changing impact. This time an internal factor appeared to be of the greatest importance: OPEC+ is far from homogeneous both in terms of the conditions in which the players are placed, and in terms of the final result they are looking for. The main beneficiary of the increase in oil production quotas in May-July 2021 was Saudi Arabia, while the UAE increased production only marginally. Moreover, the choice of October 2018 as a baseline for the production quotas during the April 2020 OPEC+ meeting was by default unfair to the UAE, whose production capacity stood at 3.8 mbpd against 3.2 mbpd in October 2018. Abu Dhabi, as a team player, accepted the rules of the game, but this was not appreciated by the other members, thus setting another time bomb under OPEC+ that only exploded in July 2021. The importance of internal discord among OPEC+ will only increase, pushing aside the Iran factor. Haunted by the idea of the imminent end of the oil era, producers will try to monetize their reserves as profitably and quickly as possible, and the existing quotas can be perceived as a significant (albeit necessary) obstacle to achieving this goal.

There are also other systemic factors that should not be discounted as well. It is too early to discount the COVID-19 factor, which is currently overshadowed by positive forecasts of a global economic recovery. However, the emergence of new strains of the coronavirus and the deteriorating public health situation in certain parts of the world suggests that this factor can still play a significant role in shaping demand. Finally, in the long run, the U.S. shale industry could also regain its significance for OPEC+. In 2021, U.S. shale producers already demonstrated that they can generate sustainable free cash flow, thus overcoming one of traditional issues connected to the high level of debt and borrowing on which they rely. This, in turn, makes analysts talk about the beginning of a new shale era that could pose a threat to conventional producers, as was the case before. Under these circumstances, the Iranian factor does not seen to be most problematic potential issue on the horizon. It remains a wild card, but it is a card that can only be played once and for a short period of time.