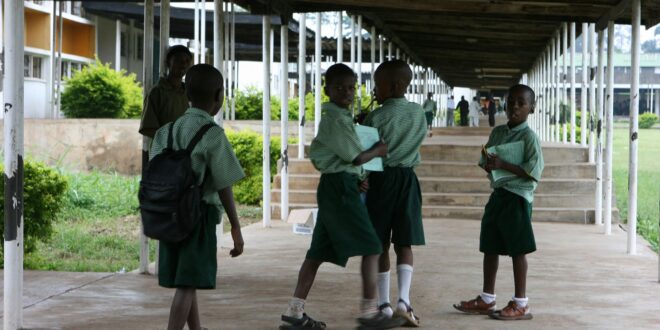 This week’s latest mass kidnapping of Nigerian schoolchildren underscores that the crumbling of human security in Africa’s most populous nation is worsening a deeper impairment, hollowing out Nigeria’s education system to create a “lost generation” of youth across much of the country. Alarmingly, one in five of the world’s out-of-school children is Nigerian. As Nigerian and international policymakers focus on the immediate crises — of kidnappings, Boko Haram’s extremist violence, and conflict between farming and herding communities — they must urgently rescue and buttress the country’s damaged education system. Reducing violence and achieving development in Africa will depend on an effective strategy for doing so.

Nigeria’s breakdown in security is particularly attacking education, notably in the country’s north. The 12-year-old Boko Haram insurgency and the more recent rise in armed banditry have combined to displace more than 2 million people and forced the closures of an estimated 600 schools as of early this year. Families also have withheld their children from classes with this year’s wave of kidnappings of students. One must recall that Boko Haram stunned Nigerians and the world in 2014 by kidnapping 276 girls from their school dormitory in the northeastern town of Chibok. (Seven years later, more than 100 of the girls remain missing and a recent book estimates that 40 have died.)

Since December 2020, criminal gangs have emulated Boko Haram’s tactic — committing over 10 mass abductions, totaling more than 1,000 schoolchildren, to extort ransoms across northern Nigeria. Many smaller attacks go unreported. Bandits for years have committed small-scale kidnappings of highway travelers, but now use the public horror and political pressures from school kidnappings to force more lucrative payoffs. Gangs of armed men in convoys of motorcycles and trucks have made midnight assaults on government and religious boarding schools, killing staff who resist and even executing children to enforce their demands. In this week’s assault, gunmen stormed the Bethel Baptist High School in Kaduna state and seized 140 students plus staff members.

The violence is only deepening a years-old educational crisis that has been worst for northern Nigerians — and for girls. For a decade, the government and UNICEF have estimated that 8.7 million to 13 million primary school-aged children — the most of any nation worldwide — have been out of classes, and that 60 percent of them have been girls. (The northeastern state of Borno, at the epicenter of the Boko Haram insurgency, has had nearly 75 percent of its children out of school.) The erosion of education for a generation of schoolchildren in the north will reduce their abilities to earn a living and bring skills to the reconstruction of their communities. It will increase their risk of being radicalized amid the region’s conflicts.

With education generally understood as “a leading determinant of economic growth” and “a key to escaping poverty,” the schools crisis adds what will be a long-lasting challenge to the economic development required to stabilize and rebuild a nation where 41 percent of people live in extreme poverty. New research shows that Nigeria is among oil-exporting nations that will be highly vulnerable to declining oil revenues and consequent political destabilization as the world economy shifts from oil to renewable energy sources. Hence a review of education policy and security is necessary.
Wider Costs, Deeper Destruction of War

Nigerian and international policymaking on Nigeria may need to acknowledge deeper and broader damage to the country from the 12-year-old Boko Haram insurgency. The United Nations Development Program reported last month that the war’s damage to agriculture, health care and other basics of life has killed perhaps 350,000 people — 10 times more than the estimate of those killed directly by the violence.

Education is one of the domains where the conflict’s damage has been severe — not least because secular education has been a primary Boko Haram target. The organization’s very name, in the Hausa language, asserts that western or secular ways (of education or culture) are forbidden. Boko Haram’s ideological pillars are opposition to Nigeria’s constitutional democracy and what it sees as insufficiently Islamic schooling — a “focus on education … unique among peer jihadist movements,” according to a 2020 Brookings Institution study of the group. In its first nine years, relief agencies and others estimate, the insurgency destroyed 1,400 to 2,000 schools — three to four every week. At least 2,295 teachers were killed, and more than 19,000 teachers and 950,000 school-age children fled for safety, according to Human Rights Watch research.

This denial of schooling crimps the lives and futures of all children, but especially girls. Global experience and research show that education is a powerful protector of girls, especially in poorer communities, against the hazards of child marriage, including abuse, injury or death from early childbirth, and impoverishment. UNICEF counted 22 million child brides in Nigeria in 2018, and women’s rights workers in the north report that girls’ exclusion from school has increased early marriages and pregnancies. Further, hundreds of kidnapped children who have been abused or raped by their abductors face acute trauma and stigma upon return. The violence also impedes the progress of Nigeria’s most ambitious effort to protect children’s rights — the Nigerian Child Rights Act, which still is not fully implemented 18 years after its passage.

The recent years’ rise in rural banditry — cattle theft, armed looting of villages and now mass kidnappings — in Nigeria’s northwest and central states further overstretches Nigeria’s military and police. The security forces also must contend nationwide with perennial conflict between farming and herding communities, separatist agitation in the southeast, and clashes between ethnic Yoruba and Fulani in the southwest. With an effective vacuum of state authority in many rural areas, criminal gangs have made kidnappings a growth industry. A Lagos-based risk analysis company, SB Morgen, reported last year that Nigerians paid more than $18 million in kidnapping ransoms from 2011 to 2020 — and nearly two-thirds of that amount in the last four years of the period — evidence of the surge in abductions. Unlike the past, when kidnap victims were mainly wealthy, criminals now target schoolchildren of any class, optimistic that political pressures will generate ransom payments by authorities.
For Security and Education: Accountability Is Vital

With each mass kidnapping in recent months, government officials including President Muhammadu Buhari have vowed to escalate the state’s actions to, in the words of Nigeria’s national security advisor, “identify the leaders of these bandits, kidnappers and take them out … using the traditional methods that the armed forces have been trained to deploy.” Purely traditional security responses to Nigeria’s crises — whether Boko Haram, banditry or communal fighting — continue to be inadequate, in part because of the thin presence of state governance and the lack of public trust in state security agencies.

To improve both security and Nigeria’s damaged educational system, a fundamental need is accountability of governance. In 2014, the government joined an international, public-private effort, the Safe Schools Initiative, that aims to preserve the safety of education in countries facing violent conflict. With the continuation of abductions and attacks on unsecured schools seven years later, Nigerians have posed questions about how the millions of dollars allocated were spent. Monitoring educational improvements is hampered by basic problems such as the poor quality of statistical data, including school censuses.

Also fundamental is investment — and the government’s latest budget moves in the wrong direction. Nigeria needs to make a priority of overhauling its education system. The nation must rebuild and secure schools, improve teacher recruitment and training and reverse the declines in school attendance. Catch-up education must be available to those who have missed out. Innovative options like hybrid (on-site and off-site) schooling made available. Non-state schools must be subject to appropriate quality controls. Basic education must be complemented with targeted vocational training and entrepreneurship initiatives to help young people earn a living.

Yet President Buhari’s 2021 budget share for education is Nigeria’s lowest in 10 years. A starting point — alongside a broadened strategy for securing schools and communities — must be for Nigerian policymakers to reverse that decline and strengthen the national investment in education. They will need all the support they can get from international partners.

Post Views: 75
Previous With Syria’s Last Aid Crossing on the Line, Can U.S., Russia Make a Deal?
Next As U.S. Troops Leave Afghanistan, Can Aid Help in Pursuing Peace? 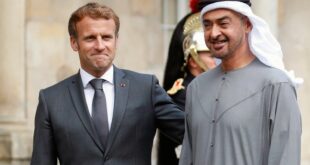