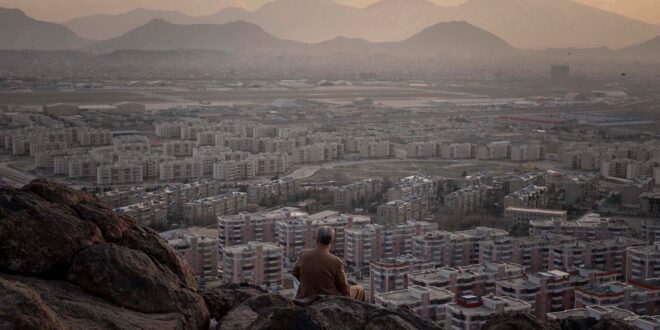 Financial assistance has a limited role, but sharp cutbacks would precipitate a fiscal and state collapse, making peace even more distant.

As American troops leave Afghanistan, U.S. policymakers are trying to find other tools to advance peace between the Taliban and the Afghan government. One possible instrument is financial aid, which poured into Afghanistan during the 20-year international military presence in the country. There is, however, no guarantee that aid can help shape events. Certainly, a sudden cutoff of security and civilian support would trigger state collapse. Otherwise, though, expectations should be modest: Experience — in Afghanistan and elsewhere — shows aid has limited impacts, especially amid heavy fighting. The best course for now is to keep assistance at least at its current level, particularly for the Afghan budget, retain flexibility and keep funding available to facilitate moves toward peace and address humanitarian emergencies.

Significant empirical work has been done on the linkages between aid, conflict and peace.

A recent literature survey found aid’s effect on conflict — positive or negative — is likely to be “relatively small” compared with other foreign policy options and financial flows. During ongoing violent conflict, aid is even more risky than when used to help prevent a war or sustain post-conflict peace.

Aid can inadvertently exacerbate or prolong fighting, not least due to violent competition over who reaps the benefits. It can stimulate corruption and looting, while skewed aid distribution can worsen horizontal inequalities and fuel grievances. Aid can become enmeshed in domestic political dynamics, giving rise to the “rentier state” syndrome and undermining efforts to raise revenues and accountability to the population. Major changes or sharp cutbacks in aid can be disruptive and destabilizing due to revisiting of elite bargains.
Afghanistan Context

At its 2010 peak, total annual civilian and security assistance to Afghanistan reached the extraordinary equivalent of the country’s entire GDP — not including the costs of U.S. and other countries’ military forces. Aid remains very high — exceeding $8 billion a year (over 40 percent of GDP). Security spending is the main driver — at around 30 percent of GDP it is 10 times as high as the 3 percent average for low-income countries.

The $1.5 billion to $2 billion a year of on-budget security assistance and civilian direct grants to the Afghan budget plays an outsize role in supporting basic state functioning. Without these resources, Afghanistan, with about $2.5 billion of government revenue, would face a fiscal cliff and suffer a state collapse, including dissolution of Afghan security forces.

A minuscule portion of aid to Afghanistan is devoted explicitly to peacebuilding — no more than 1-2 percent at most, so presumably the cost-benefit equation is positive. Still, there are risks. They include overfunding in relation to civil society’s capacity to absorb the money; larger peacebuilding aid becoming vulnerable to corruption; duplication of efforts across different donors and partners, apart from the benefits of diversity; and the risk that aid designed to bolster peace is perceived as serving a foreign agenda, politically motivated or favoring one side in the conflict.

Consider programs for demobilization, disarmament, and reintegration (DDR) of combatants. DDR has absorbed more than $360 million in aid over the past two decades. Aside from programmatic weaknesses, poor implementation and corruption, the first two DDR programs targeted anti-Taliban armed forces and militias while the programs for Taliban fighters sought, unsuccessfully, to encourage defections and weaken the insurgents but did not support reconciliation between the two sides.

The most important lesson from Afghan and international experience is to shift from combatant-focused DDR — which can increase strains within communities and between combatants and victims, exacerbating grievances — to a community-based approach.

More general risk factors for aid include: 1) the widespread conflict and insecurity itself, which experience indicates is inimical to aid supporting peace; 2) the sheer size of aid to Afghanistan — well beyond the range of diminishing returns, which an international study puts at 15-25 percent of GDP; and 3) risks of corruption, fraud and waste, which militate against aid’s potential to help bring about and sustain peace, not least by fueling grievances.
Aid Conditionality

Donors and international agencies have plenty of experience — successful and unsuccessful — with imposing conditions on aid to Afghanistan. Conditionality has generally worked best in targeting specific technocratic reforms, as exemplified by IMF programs and the Incentive Program of the Afghanistan Reconstruction Trust Fund (ARTF). But the very specificity of these benchmarks means their link to broader development and other outcomes is more tenuous. Moreover, progress with such reforms was uneven, marred by setbacks, and often took a very long time.

Aid conditions appear to work best as a “carrot” — rewarding actions, behaviors or results. “Stick” conditionality — reducing aid in response to nonperformance — tends to be more contentious and less effective. Conditionality has been more effective when supporting realistic targets that had buy-in from the Afghan government and reformers in key agencies. Conditions that had little or no support in the government, or were challenging and politically costly to implement, did not succeed.

In the Kabul Bank disaster, for example — the largest-ever Afghan fraud and corruption case with a billion dollars in losses — donors’ pressure on the government to hold principals and beneficiaries accountable included conditions on aid. Given the political connections of those responsible, this proved impossible for the Karzai government, and donors eventually relented.

Even President Ashraf Ghani, who campaigned in the 2014 election on a pledge of strong action in the Kabul Bank affair, could not make much progress. The lesson is that aid conditions adversely affecting powerful political interests are likely to fail or achieve only limited success.

Another example of ineffective conditionality is the U.S. government holding back $300 million of its $600 million 2021 civilian aid commitment at the November 2020 Geneva conference, having made it contingent on progress in the peace process. A few months later, the U.S. restored the $300 million despite a lack of discernible progress on peace. Conditioning aid on a grand objective like a peace process appears to be even more challenging than aiming at smaller targets.

Finally, while imposed conditions may pressure or incentivize the political entity benefiting from the aid, such as the Afghan government, they cannot be expected to significantly affect the calculations of an opposing party (i.e., the Taliban). That may change if the Taliban forms part of a future Afghan government, but for now neither promises of nor threats involving future aid would be credible or carry weight.
Avoiding Sharp Turns

Realism about the limited power of aid does not mean it should be cut back sharply or suddenly. That would engender even worse problems and make achieving peace all the more difficult. The first principle of aid, as in medicine, should be to “do no harm.”

But it is questionable whether aligning with the do-no-harm injunction would include the 31 percent ($270 million) reduction in donors’ ARTF pledges in 2021 (compared to their pledges in 2020) — driven by the cut in the U.S. pledge from $300 million to $100 million, and the 28 percent reduction (also $270 million) in U.S. on-budget security assistance requested for U.S. fiscal year 2022.

The cuts bode poorly for Afghanistan’s fiscal stability, especially in tandem with other threats. Current fighting around border crossings and customs points, which generate almost half of Afghan government revenue, potentially poses an existential threat to the Afghan state. Major revenue disruptions may ensue, combining with aid cutbacks to create a fiscal “perfect storm.” In addition to cutting government spending, it may be necessary to shift more civilian and security assistance away from donor-executed programs onto the Afghan budget.
Ways Forward

The potential for aid to help build sustainable peace is greatest in the context of meaningful peace negotiations and a peace agreement. Key institutions and instruments that could support peace include:

Unfortunately, in recent years the government has suffered from self-inflicted administrative deterioration caused by overcentralization, micro-management, frequent changes in senior officials and political infighting that has spurred a growing “brain drain.” If government institutions and programs continue to deteriorate or worse fail, it will be costly and probably impossible to recreate or replace them, making a future peace all the more difficult to achieve and sustain.

At this point, aid conditions that have been too broad or ambitious should be drastically narrowed to incentivize preservation and effectiveness of core Afghan institutions and programs and to focus on what is most relevant for peace.

Aid to the government budget should be conditioned on the limited goal of increasing competence and stability of key ministries and agencies and their performance on priority activities and programs. The Afghan government must curtail overcentralization and micromanagement, politicization and fragmentation of its institutions. Recent improvements in the Finance Ministry show how this can be done.

Small-scale, bottom-up peacebuilding activities will continue to have limited but positive benefits. Keeping alive some capacity and civil society advocacy as well as social support for peace is important to provide a foundation for future progress.

With the peace process seemingly moribund for now, donors need to keep aid in a “holding pattern” — preserving what would be helpful when peace becomes a possibility, as well as supporting essential services and basic human needs, including humanitarian response to natural and man-made disasters.

Finally, the situation in Afghanistan is fluid. It could take unexpected turns, with uncertain implications for peace and aid. Scenario planning is useful — for a negotiated peace, ongoing or intensifying war or a worst-case collapse. But even more important is for aid to maintain a combination of staying power with flexible funding and nimble responsiveness as events unfold.