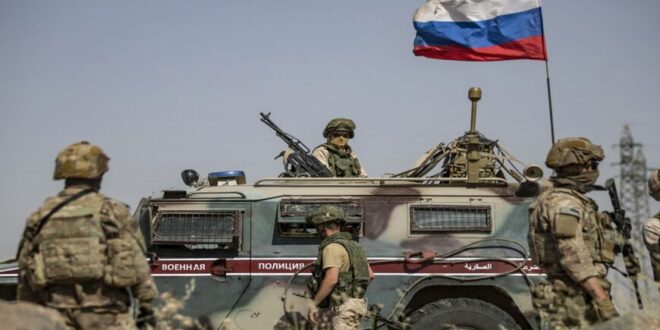 Confrontation between US, pro-Iranian groups in Syria and Iraq poses challenges for Russia

While Moscow does not yet have the resources to eliminate Iranian influence in Syria, it would be in its interests to at least prevent the expansion of the activities of pro-Iranian paramilitary structures.

On the evening of June 27, the United States launched airstrikes in Iraq and Syria on targets of armed groups supported by Iran. Targets belonging to the Iraqi radical Shiite formations Kataib Hezbollah and Kataib Sayyed al-Shuhada were hit. The Pentagon reported that these measures were taken by order of US President Joe Biden in response to attacks by militants on American bases in Iraq.

In turn, a day later militants supported by Iran and part of the pro-government forces in Syria fired missiles at US military positions in the Syrian province of Deir ez-Zor, and US troops returned fire. Attacks by pro-Iran groups in Iraq continued against US targets in Iraq this week. In Deir ez-Zor, American servicemen supporting the activities of the Syrian Democratic Forces (SDF) are actually on the line of contact with pro-Iranian groups, including ones designated as terrorist groups by the United States, which are allies of Syrian President Bashar al-Assad and control a large area of the country comprising the territory between the cities of Al-Bukamal and Al-Mayadin on the right bank of the Euphrates River.

The presence of pro-Iranian radical Shiite groups, primarily foreign ones, in Syria in the ranks of the Assad regime forces once again raises the question of the “toxicity” of such a presence for the Russian military performing their mission in Syria. This poses a threat to attacks on Syrian territory by the United States, which, in response to attacks in Iraq, will try to eliminate these militants wherever they are, including in Syria. In addition, attempts by pro-Iranian structures to carry out retaliatory attacks on Syrian territory in the form of shelling of American military facilities located in the trans-Euphrates region can create even more risks for the Russian military, which can often find themselves in close proximity to the targets of American attacks.

Russia, despite the often hostile rhetoric against the United States, does not really intervene in the confrontation between the American military and the Iranian Islamic Revolutionary Guard Corps (IRGC) and various pro-Iranian international structures under its control operating in Iraq and Syria. The same applies to the conflict between Syria and Iran on the one hand and Israel on the other. The latter is also viewed as a strategic partner of Moscow in the Middle East. On the contrary, Russia would like to avoid negative consequences for itself from such an escalation.

Although Russian officials refuse to acknowledge the differences with Iran in Syria, some high-ranking military personnel who served in Syria spoke directly about this. For example, Gen. Sergey Chvarkov, who was the head of the Center for Reconciliation of Warring Parties in Syria from May-September 2016, noted: “Iran’s financing of Shiite groups and attempts to spread Shiism in the traditionally Sunni territories can lead to aggravation of relations with Sunnis and Kurds inside Syria. Further large-scale penetration of Iran into Syria will create a number of rather serious obstacles to the promotion of reforms and the development of the political process in Syria and will lead to complications in relations with Israel, the United States, Turkey and the Sunni Arab countries. This will further exacerbate the task of finding alternative foreign sources to rebuild the country, since the efforts of Iran and Russia will clearly not be enough.”

In addition, concerns about the deployment in Syria of radical Shiite groups associated with Tehran cannot be ignored, as there have already been incidents that have resulted in the deaths of Russian troops or private military contractors as a result of attacks by the United States and Israel on IRGC bases and pro-Iranian militants in Syria.

An attempt to seize the oil and gas fields of Hasham (Khusham) and At-Tabiya (Deir ez-Zor province), which are in the SDF control zone, by pro-Iranian formations Liwa al-Baqir and Fatemiyoun in February 2018 led to the deaths of several dozen Russian private military contractors and fighters of the pro-Russian Syrian formation Hunters for ISIS, who were at the site of this operation and were hit by American aircraft and artillery.

Another episode was the destruction in September 2018 of the Russian military aircraft Il-18 in northwest Syria by Syrian S-200 anti-aircraft missiles. While the missiles were intended for Israeli fighter jets, they went off course and hit the Russian aircraft. At the same time, the root cause of this incident was the location of the bases of the IRGC and Shiite radical militants in the immediate vicinity of the Russian military facilities of Khmeimim and Tartus, in the direction of which the Russian aircraft flew, which turned out to be in the area of operations of Israeli jets seeking to hit IRGC and pro-Iranian groups.

In turn, the leadership of the IRGC, in order to “disguise” its foreign fighters in Syria, is pursuing a policy aimed at integrating them into the ranks of the regular units of the Syrian Arab Army. Such formations are, first of all, the elite formations of the 4th Panzer Division of Maher al-Assad and the Republican Guard, which serve as a cover for international Shiite structures in Syria. In the region of Deir ez-Zor, the last two years have also seen the building up of the potential of the 4th division, including through the involvement of various pro-Iranian groups in its ranks.

Also at the end of 2020, the IRGC command tried to use the Russian military to cover their formations from the actions of American and Israeli aircraft. For example, Iranian-backed militias controlling al-Bukamal have allowed and even helped Russian military police establish several checkpoints at the western entrance to the city. At the same time, there were reports, for example, about the transfer — which in some media reports was described as “desertion” — of individual groups of pro-Iranian militants from among the local Syrians into the ranks of the pro-Russian 5th corps and the abandonment of certain positions by the forces of Shiite groups that, allegedly, were again handed over to various pro-Russian formations. This most likely was deliberate disinformation aimed at the United States and Israel — to give the impression that Russia is gradually taking control of these areas, and local groups are passing under Russian control instead of Iranian control. The logic was that the United States and Israel would thus be less likely to carry out strikes on these areas. However, it appears the attempts were unsuccessful, did not prevent US strikes in February 2021 on pro-Iranian forces in eastern Syria and forced the Russian command itself to stay away from them. In particular, in March 2021, the Russian military police abandoned their positions in al-Bukamal and withdrew to the city of al-Mayadin.

The Russian military as a whole is probably aware of the risks of the presence of the IRGC units on the right bank of the Euphrates. Therefore, work is underway to reduce Iranian influence in the region through the support of local formations of the National Defense Forces (NDF), which serve in the region as a counterbalance to Iran’s deployed Local Defense Forces (LDF). Also, the militias of local tribes are involved in the pro-Russian units.

The next American strikes on pro-Iranian groups in Syria and the exchange of fire between them and the American military in Syria should probably push the Russian side to further intensify efforts to create zones free of pro-Iran militants. In fact, if Moscow is talking about the need for Turkey to “demarcate” terrorists and moderate opposition groups in Syria’s Idlib province, then in the east of the country the Russian military will also have to more carefully monitor so that there is no “mixing” of pro-Russian forces with the pro-Iranian ones.

At the same time, some regular Syrian army units, which serve as a cover for the activities of foreign Shiite militants, can also be considered “pro-Iranian.” Russia does not yet have the resources to minimize Iranian influence in Syria, but it would be in Russia’s interests to at least prevent the expansion of the activities of pro-Iranian paramilitary structures in this country, limiting their presence only to certain isolated areas, which would not allow them to “flow” to others regions of Syria. This is extremely important, given the aggravation of the contradictions between Iraqi Shiite militants and the United States, and given the presence of branches of these Iraqi groups in Syria.

Yet this situation could also open up new opportunities for interaction between Russia and the United States on the Syrian track. After all, President Vladimir Putin’s contacts with former US President Donald Trump began with a discussion of the situation in southwestern Syria, where Russia and the United States tried to prevent the deployment of pro-Iranian radical groups near the borders with Israel.

Perhaps under the Biden administration, Moscow and Washington will be able to find common ground and solutions will be found to reduce the escalation on the Syrian right bank of the Euphrates, along the border with Iraq, where pro-Iranian formations are now deployed. A consultation process similar to the negotiations in Amman (2017-2018) could be held, attended by Russian, American and Jordanian military and diplomats who are able to find the right solution for the Syrian southwest.

Post Views: 196
Previous America’s Afghan War Is Over, So What About Iraq – and Iran?
Next Islamic State uses hit-and-run tactics in Iraq