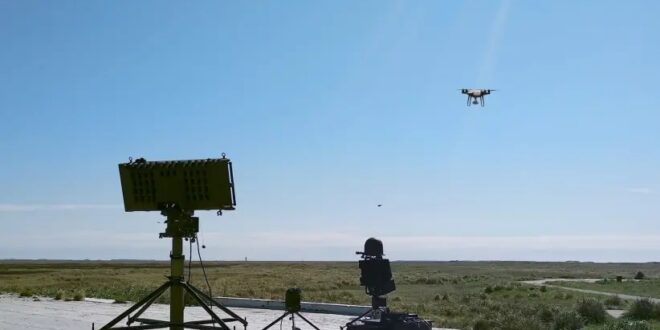 Evidence shows not the creation of “killer robots,” but rather the networking of drones and other autonomous or unmanned systems.

Israel used drone-swarm technology in the recent Gaza war. Much of that technology and how it was used has not been revealed, but what is important is the wider context.

Drone swarms are a new concept and are linked to the development of artificial intelligence and networked military units, a futuristic battlefield application that uses the latest advances in technology.

Why this matters is because other countries in the region are working on new technologies as well. Iran used drones and cruise missiles to attack Saudi Arabia in September 2019. Turkey has built a drone that reportedly “hunted down” people in Libya, although much remains shrouded in mystery regarding how autonomous the drone was and whether it really hunted down adversaries using artificial intelligence.

Regardless of how Turkey’s Kargu-2 autonomous drone worked, media headlines said it may represent the first use of “AI-armed drones,” and the “new era” of robot war may be upon us.

Israel is also making major advances in AI-driven technology. The IDF did debut “drone swarms to seek and attack hidden targets” in the May war in Gaza, according to Tamir Eshel at the Defense Update website.

“Although Israel refrained from committing its land forces to cross the border, some of the land forces employed unmanned systems to strike inside the enemy area to seek and destroy hidden targets,” he wrote. “This was the combat debut of a new capability developed by the IDF that demonstrated the great value of manned-unmanned operations at the tactical edge.”

According to this account, the drone swarms were “provided by Elbit Systems as the developer and integration partner under the IMOD Defense Research and Development Directorate (DR&DD) and Land Forces Command (GFC) Weapon Systems Directorate. This integration included the provision of weapon systems, drones, networking, and C4I.”
“Israel’s Security Agency (ISA) and IDF specialized units provided the methods and tools to access the vast strategic intelligence resources that enabled the company operators to enhance information and situational awareness at the tactical edge,” Eshel wrote.

The article goes on to mention Elbit’s THOR drone, which the IDF has acquired.

According to this and other accounts, the advent of the AI-driven drone swarms used by Israel appear linked to the new Momentum plan that has seen the IDF concentrate on technology and digitization, including the creation of a new multidimensional group of units.

The Ghost Unit, which is part of the Paratroopers Brigade, has been using “packs of drones,” according to reports in March.

“One of the main tools used to promote the multidimensional perception is Elbit’s Digital Army 750 system, a communication, command and control platform that can be used by all military wings and shows the location of both friendly and enemy forces in the field, based on intelligence,” The Jerusalem Post reported.
The IDF has said the recent war was the “first AI war” from Israel’s perspective.

Details about the IDF’s use of drone swarms is growing.

An article at the IFLScience blog said: “In the ongoing conflict between Israel and the Occupied Palestinian Territory, the Israel Defense Forces (IDF) has deployed AI and supercomputers to identify strike targets in what they are calling the first artificial intelligence (AI) war. In May this year, the IDF used a swarm of AI-guided drones and supercomputing to comb through data and identify new targets within the Gaza Strip. It’s thought this is the first time a swarm of AI drones has been used in combat.”

A report at The New Scientist was widely quoted, and another report noted that “by exploiting the swarm’s ability to rapidly concentrate through maneuver, it becomes possible to mass effect at hundreds of points simultaneously… the advantage this provides is the ability to conduct… a parallel attack, but at an unprecedented scale.”

Regional media is also responding to the reports, with Al Jazeera reviewing the new drone-swarm technology and the implications from human-rights reports that have warned about “killer robots.”

What matters is how this technology may transform war in the region. Drones are increasingly used by pro-Iranian groups in Iraq, as well as by Hamas and other terrorists and militants. Iran, a drone pioneer, has focused on extending the range and threat of its drones.

Turkey is also a drone pioneer. Ankara is seeking a more integrated solution that includes smaller drones, medium-sized drones armed with missiles and larger, heavier surveillance drones that may be optionally armed.

Overall, the Turkish endeavor is impressive and builds on its military-industrial complex and the motivations of its current leadership to extend Ankara’s influence from Africa to Asia. Turkish drones may be flying more in European skies as well, as sales to Ukraine and Poland advance.

Meanwhile, Israeli companies are off to Greece for a defense expo called DEFEA that will showcase a variety of technologies, including UVision’s anti-tank loitering munitions and other UAVs.

The major question for countries in the region and for terrorist groups is how this drone and swarming technology, knitted in with networks and artificial intelligence to connect to headquarters and other units, will eventually mature.
The Gaza war presented a very small, compact battle space that was apparently not interdicted by many electronic-warfare challenges. This means Israel had total control of the airspace, and it was not “contested.”

Drone-swarming technology and AI may perform well in Israel’s theaters of conflict, similar to the one Turkey found in Libya. The question is what happens when it comes up against more complex near-peer enemies.

When Iran used drones and cruise missiles against Saudi Arabia, they apparently evaded radar and air defenses. The Iranian-backed Houthis have not been able to accomplish similar evasion.

Nevertheless, as drone-swarm technology and artificial intelligence come to influence future battlefields, the recent conflict in Gaza – along with Turkey’s role in Libya and Iran’s attacks on Saudi Arabia – may be seen as precursors to the next big artificial-intelligence-driven conflict.