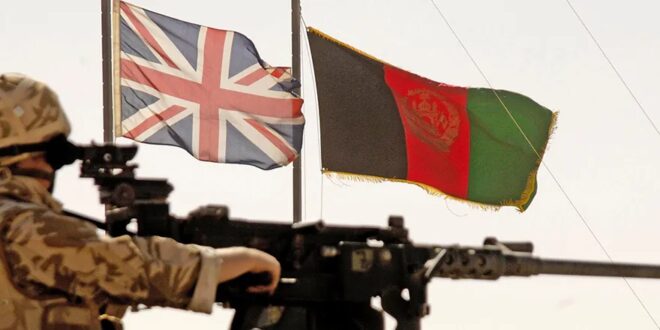 Afghanistan and the UK: Confounded Hopes, Tragedy and What Can Still Be Done

Prolonging the UK military presence in Afghanistan would not have helped so long as the fundamental problem of the absence of a strategy remained unaddressed. But the manner of leaving and what follows still matter a great deal to the UK.

I still have some hope that with continuing support the Afghan government will somehow rise to the challenge. We should not underestimate the capacity and courage of the many people who oppose the Taliban. But there is also a very real possibility of a rapid collapse into civil war.

Even if we avoid the worst, what a miserable result this is after 20 years and hundreds of billions in international investment. Having served myself amid the hope, fury and tragedy of the Afghan conflict, it is hard not to wonder if the sacrifice of the 457 of my fellow UK servicemen and women who lost their lives, or of the many thousands who returned with terrible physical and mental injuries, was for nothing – let alone the 71,000 Afghan civilians killed since 2001.

I can only imagine how ordinary people in Afghanistan – the great majority of whom do not want a return to Taliban rule – must feel as they watch the departure of US forces, with the prospect of the 40 years of conflict they have endured not only continuing but becoming ever more brutal.

But what makes it harder is the fact that this is the predictable end point of a policy whose glaring, fundamental flaws were evident from the start, but somehow never fixed. This is the fruit of 20 years of intervention devoid of strategy.
Failure to State Objectives

We had one overriding interest in Afghanistan. It was to build up an Afghan government that had the legitimacy, honesty, competence and means to survive without us – one that could mediate between competing political forces adequately enough to avoid major conflict, and that could weather external interference or internal crisis without the indefinite presence of international forces. This would in turn have provided us with an exit strategy.

We failed not because that goal was too difficult, but because we never made it a serious objective.

A key component of what we should have aimed for is justice, in a broad sense. Political exclusion, corruption and impunity have deeply undermined the legitimacy and capacity of the Afghan government, driven people towards the insurgency, and fuelled conflict. This is why the first and most popular service the Taliban offer in areas they control is a court.

I saw first-hand what corruption and impunity did to the coherence of the Afghan forces, and to the political environment they operated in. Simply put, you cannot build lasting stability if your army is corrupt, your government is subordinated to warlords, and swathes of the population feel that they are victimised and excluded from power. Justice is not some idealistic fantasy but an utterly hard-edged security issue. It is not the only reason for strategic failure in Afghanistan, but very arguably the most important.

This is not about perfection. Realistically, some compromise was needed, and there were always other factors to balance and difficult judgements to make. But this became a catch-all excuse for inaction. Behind the rhetoric, it is hard to find occasions since 2001 when the actual levers of power and influence – money, resources, political support – were deployed against abuses in any serious or sustained way.

This was the test of seriousness, and we failed it. Strongmen engaged in land grabs, murders and corruption on a grand scale, but they were viewed as ‘valued partners’. A massive bank fraud threatened the entire economy, yet none of the beneficiaries saw any real consequences. Elections were marred by massive cheating, but donors were more concerned about declaring success than whether this critical exercise in distributing power had any substance. The guiding principle of our engagement on governance and politics was to avoid any political awkwardness – and that made it irrelevant by definition.

Of course, there were honourable exceptions – but nothing you could call a strategy. Corruption was labelled the biggest threat to the mission, but in practice, short-term and often relatively minor priorities always came first – even as the enormous cost in the medium and long term became clearer every day.

This approach stayed substantially the same through all the surges and changes of command. It is infuriating to hear people say our error in Afghanistan was a hubristic effort at ‘nation-building’, both because it was the one thing we never seriously tried to do, and because nation-building – modest, genuine, Afghan-led – was our only real interest there.
Kernels of a New Approach

The peace process and withdrawal have been as strategy-free as the rest of the engagement, characterised by sweeping unilateral concessions and weak planning for continuing support to Afghan forces. We are swinging straight from complacency to abandonment, without ever actually changing course along the way. US President Joe Biden is right that only Afghans can decide their future, and withdrawal was both needed and inevitable, sooner rather than later. But the manner of withdrawal and what follows it matter.

So where do we go from here? We will retain some influence even after withdrawal. We will have to make more and worse compromises than ever. But while the choices are harder, the fundamental measure of strategic progress remains the same. Staying longer would not have helped if we did not address the void in our strategy, but leaving does not change the need to do so.

In practical terms, there are four things which might make a difference, now as in the past. Firstly, we must support the Afghan government. Secondly, that support should be made much more strongly conditional on better governance and respect for human rights, in a way that it has not been up until now. That means a willingness to lose ground rather than back a butcher. Thirdly, and not unrelated, is the need to keep the door open for the resumption of the peace process. And finally, there must be an active effort to persuade regional players to support a settlement, rather than fuelling deeper conflict.

Again, there are obvious tensions between these strands. Again, messy compromises and difficult judgements will be needed. But the critical point is that the balance needs to be struck in a very different place to where it was in the past.

Our ability to change the course of events may well be limited now. Indeed, it is conceivable that there may be a point at which the victory of the Taliban is less of a price to pay than continuing the conflict. But the alternative that some blithely anticipate, of working with local warlords regardless of how abusive they become, would be deeply sub-optimal for our security, and actively damaging for both our values and our long-term goals – a paltry, squalid outcome for 20 years of sacrifice. If we are to be engaged at all, it should be in a way that does not repeat the mistakes of the past.

In the long run, lasting peace is still the only thing that can really protect our interests – and there is no peace without a measure of justice. Our failure to seriously pursue it since 2001 is a colossal, unforgivable waste, a betrayal of not just our own interests and our own sacrifices, but of our duty to the Afghan people. As the future of Afghanistan becomes ever bleaker and more uncertain, that lesson only grows more urgent.