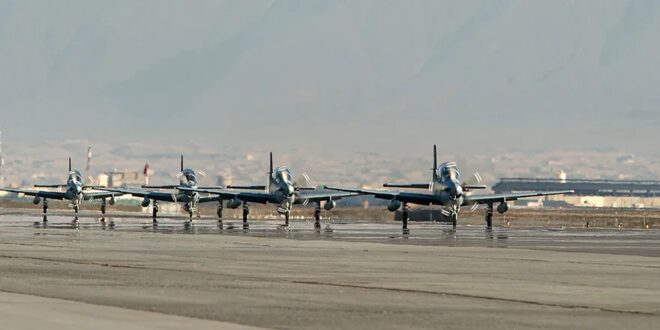 Turkey has undertaken to protect Kabul’s airport. It is a risky job, but also one which promises some substantial strategic rewards.

The Taliban do not shy away from assertive statements, nor do they hesitate to commit war crimes. So, this week’s statement by the group castigating Turkey’s offer to remain and protect Kabul’s international airport as ‘ill-advised, a violation of our sovereignty and territorial integrity and against our national interest’ and threatening to treat it as an ‘occupation’ should not be taken lightly. Turkey is clearly in the eye of the storm.

Whether the Taliban would in fact directly attack Turkish troops and seek to overrun the airport depends on what they wish to achieve, and how the wider Western coalition and regional stakeholders like Iran and Pakistan would react to such threats. Given the fact that Turkish troops have been in Afghanistan as part of the NATO mission from the start of the campaign, and that Ankara chose to maintain a small footprint in the country away from the frontlines in the fight against the Taliban, it may be that the worst-case scenario can be avoided. It would be a safe bet to assume that there are already indirect and direct talks taking place between Turkish officials and the Taliban to reach an agreement on the parameters of Turkish deployments in the country.

What is interesting, however, is why Turkish President Recep Tayyip Erdogan has offered to protect the airport in particular.
A Risky Gambit

The risks to Turkish personnel are obvious, even though they have already been positioned at the airport and Turkey has had experience in managing such operations in Somalia and Syria. Turkish officials seem to be aware of the vulnerabilities that come with such a mission and have requested logistical and tactical support from the US, as well as contributions from Pakistan. Such requests are understandable and support should be provided by the US and NATO to mitigate the risks and ensure the mission’s success. The airport’s security is paramount to continued international access to the country and the presence of diplomatic missions, as well as the flow of aid and trade.

President Erdogan also faces domestic political risks: his party now has possibly its lowest approval ratings in almost two decades, and unlike intervening in Syria to stop the PKK and related groups from creating a Kurdish statelet, a risky operation in Afghanistan will not win votes or widespread support. This is particularly important as Erdogan’s agenda is fixed on the 100th anniversary of the founding of the Republic of Turkey in 2023, and the need to offer a grand narrative for the new republic he has sought to build, in which constitutional changes have created a powerful executive presidential system. This explains the push for major projects like the Canal Istanbul, a new passageway between the Black Sea and the Sea of Marmara. However, the president’s agenda is being substantially undermined by deepening economic concerns and the difficulty of attracting foreign direct investment into the country.
But a Potentially Useful Gambit

This provides the important link as to why offering to protect Kabul’s airport is a risk worth taking for Erdogan. As difficult as it may be to swallow, there is an acceptance in Ankara that Turkey has no other option but to ease tensions with the US, the EU, and even Egypt and Israel. The administration of Joe Biden might not have a clear strategy on handling the Turkish portfolio, but the cool start in relations with the newly installed US administration and a return to US–Turkish engagement though traditional diplomatic channels – rather than one-to-one dealings between the presidents of the two countries, as was the norm under Donald Trump’s administration – have already been a wake-up call for Ankara.

In essence, Turkish officials know that the country’s diplomatic capital has been exhausted, and that it needs to find a way to keep its position as a strategic partner, which has thus far been taken for granted. Thus, it is no surprise that Erdogan went to the NATO summit last month with an offer to step into a crucial role in Kabul; nor is it a surprise that this has been accepted and appreciated for what it is as a tangible positive contribution.

However, it would be a mistake to overlook how the decision to protect Kabul’s airport fits into Turkey’s current foreign policy offensive. Turkey stands to benefit from the protection of the airport and the overall maintenance of stability in Afghanistan. The current trade volume between the two countries is – unsurprisingly – low, amounting to less than $200 million a year. Turkish companies have delivered contracts in Afghanistan, and might deliver more, particularly if international aid and relief continue. Turkey also does not want to see a large refugee influx from the country. But perhaps it is the importance of the geostrategic webs criss-crossing Afghanistan that has led Ankara to conclude it should remain involved in the country, while seeking to exploit any potential opportunities to engage with regional stakeholders such as Pakistan, Iran, Russia and China. It is not surprising, therefore, that the Turkish Defence Minister Hulusi Akar has referred to Afghanistan as the ‘the heart of Asia’.

This strategic outlook fits with Ankara’s reading of regional and global developments. Erdogan’s administration increasingly believes that unless Turkey takes the offensive abroad and anchors its diplomacy in demonstrating hard power where necessary, it will not stand a chance in negotiations with regional and global powers when it comes to issues that are directly important to Turkey’s own security and national and economic interests.

Admittedly, this is an unglamorous way of capturing the strategic logic prevailing in Ankara, and veers away from the frequent media references to neo-Ottomanism, sultans, ideologues and revisionist expansion. But it is a more grounded approach that goes some way to understanding how Ankara thinks, and how its partners might try to engage with this NATO member that sits at the intersection of so many important issues.

Will Turkey come to regret its offer to defend Kabul’s airport? Will it be pushed out, in the tradition of a long list of foreign militaries and powers that have intervened in Afghanistan? Time will tell. Perhaps, by choosing a manageable, tangible and limited operation with multiple strategic outcomes, Turkey has a better chance of avoiding ‘mission creep’ and demonstrating its critical international role.

Post Views: 71
Previous Afghanistan and the UK: Confounded Hopes, Tragedy and What Can Still Be Done
Next Joseph Daher: Iran Failed to Translate Political and Military Influence into Sizable Economic Gains