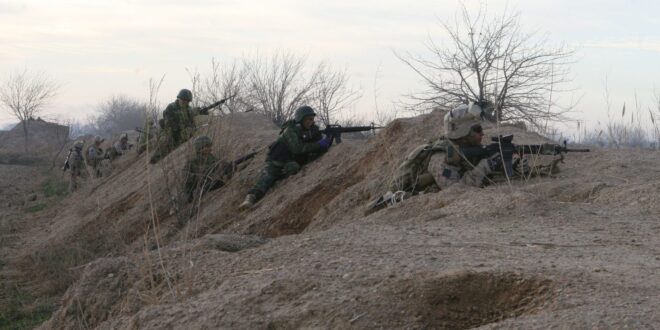 After 20 Years and $2.26 Trillion, the US has Lost Its Longest War in Afghanistan

Another lost war! Another denial!

The US actually began its war on the people of Afghanistan back during the presidency of Jimmy Carter, who foolishly followed the advice of his Russia-hating, rabidly anti-Communist Polish emigre National Security Director Zbigniew Brzezinski.

Brzezinski, in mid-1979, successfully convinced the gullible Carter to launch Operation Cyclone, a $20-billion, 10-year CIA effort to fund and train the Islamic Mujahideen– largely ethnic Pashtun fighters based in neighboring Pakistan — to undermine the Soviet-backed Communist government in Afghanistan.

A brutal bunch of armed religious zealots, these CIA-backed Mujahideen fighters were successful in undermining the Communist government led by a series of Communist leaders. That, as “Zbig” had hoped and anticipated, led a reluctant Soviet Union to invade the country to prevent the government’s collapse.

Reportedly, that invasion was Brzezinski’s goal. He admitted years later that he had gotten Carter five months before the Soviet invasion, to sign a secret executive order authorizing Operation Cyclone, in hopes of “sucking” the Soviets into “their own Vietnam. ”

The cost of that bloodthirsty bit of realpolitik was Afghan chaos and the rise of the Taliban Another fanatic Islamic group of fighters based in Pakistan, but one not controlled by the CIA, the Taliban managed to win control over much of Afghanistration, including the capital of Kabul, over the next decade. The Taliban government also offered sanctuary to Al Qaeda, a Saudi-based group of Islamic radicals that was overtly anti-America. We know the rest.

Following the 9-11 attacks on the Pentagon and World Trade Center in September 2001, the Bush-Cheney Administration launched a major Special Forces invasion of Afghanistan, allegedly to destroy Al Qaeda. In the process, while Al Qaeda wasn’t destroyed, the Taliban were driven from Kabul as its fighters retreated into the countryside and into sanctuary in Pakistan.

The US Afghanistan War was on.

While US forces quickly took control of the country’s cities, and drove Al Qaeda and its leader Osama Bin Laden into the mountains, Bush and Cheney quickly lost interest in that country and shifted troops away to Kuwait and the UAE with plans to invade Iraq. Afghanistan became a “back-burner” war, never fought with more than 100,000 troops — and most of the time with far fewer — but with with lots of bombs, helicopter and fixed-wing flying gunships, and a virtually non-stop aerial bombardment campaign.

“Zbig” got his Soviet quagmire, but the US ended up in an even worse Afghan quagmire — a conflict that stretched out longer than the US war against Vietnam, Laos and Cambodia. But it was mostly Afghans who did the bleeding and dying.

The Taliban were never beaten despite all the weaponry including high-tech remote weaponized drones, and the brutality of US forces over the ensuing two decades. Like the Vietnamese who defeated the US in 1974 after over 10 years of even more brutal fighting, the Taliban didn’t try to conquer major cities. They operated in the countryside, harassing US forces and their supposed allies, the US-funded Afghan military, with bombings, roadside IEDs, mines and surprise attacks.

In the end, the US last week pulled most of its remaining forces out in the dead of night from Bagram Air Base outside of Kabul, slipping away quietly to avoid attack without even informing the Afghan military. They left locals to pick through the weapons, supplies and other materiel for hours like locusts landing in a wheatfield,. It was a more disorderly and cowardly exit even than the panicky helicopter evacuation of the US Embassy in Saigon ahead of victorious Vietnamese freedom fighters heading through cheering streets of the city to capture the last vestige of US power in that long-suffering country.

In the years after Vietnam, a series of US governments has sought to rewrite the history of that genocidal US debacle, trying to create a new false narrative that it had just been a noble attempt to “defend freedom,” one that was “fought with one-hand behind our backs” by a US military that was “constrained” from using all its forces and weapons. (Apparently killing three million civilians and Vietnamese patriots was just not enough.)

President Biden isn’t waiting to change the Afghan narrative. He is already claiming the US “achieved its goals” in Afghanistan, and saying that is why he is bringing the last troops home. As he put it at a press conference on July 8:

Of course, if that had actually been the US goal when it invaded Afghanistan in 2001 then the troop pullout could have happened in late 2001, not a generation later in mid-2021. (Some of the US soldiers being shipped home now weren’t even born when the US invaded Afghanistan!)

Actually, the US did pull out of Afghanistan in 2001. That was when the US had Al Qaeda forces, including Bin Laden, trapped in the mountains of Tora Bora. Instead of capturing them, though, Bush and Cheney began at that point pulling toops out of Afghanistan and shifting them and America’s war focus to Kuwait, in preparation for a ginned-up and much larger war on the people and government of Iraq.

And we still aren’t truly leaving, as Biden says bombings will still continue, as will “over the horizon” attacks on the Taliban.

Post Views: 50
Previous The Lesson of Afghanistan is the Lesson of Vietnam We Forgot
Next Iran Drives Development of Persian Gulf–Black Sea International Transport and Transit Corridor

Intel: US to announce agreement to pull ‘combat troops’ from Iraq