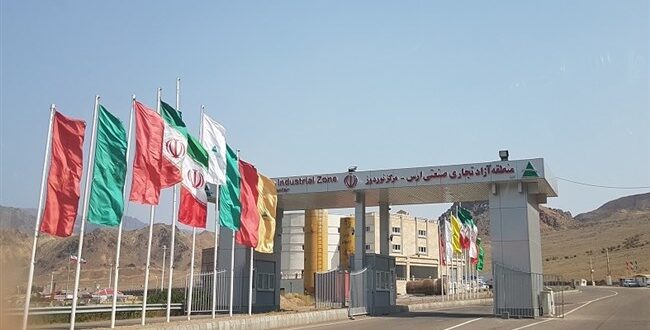 Back in 2016, Iran put forward a regional initiative to expand the Persian Gulf–Black Sea International Transport and Transit Corridor, which, in addition to the Islamic Republic itself, involves Armenia, the Republic of Azerbaijan, Georgia, Bulgaria and Greece. This multimodal corridor begins from the Gulf and southern Iran, heads northward across the country, and then proceeds to Armenia and/or Azerbaijan, from where it reaches the Georgian ports of Poti and Batumi in the Black Sea. From there, Roll on–Roll off (Ro-Ro) ships cross the Black Sea to Bulgarian ports (Burgas and Varna), after which cargo proceeds again by road to Greece and beyond in the European Union (Silk Road Briefing, April 21, 2017).

After four rounds of expert negotiations—in Tehran (2016), Sofia (2017), Tbilisi (2018) and again in Tehran (2019)—the fifth expert meeting on this corridor was hosted by the Ministry of Foreign Affairs of the Republic of Armenia, in Yerevan on, April 19, 2021. The Armenian and Iranian delegations attended the meeting in person, while representatives from Georgia, Bulgaria and Greece participated online (due to COVID-19) (Mehr News Agency, April 21). Although the Republic of Azerbaijan is also a member of this corridor, due to disputes with Armenia the Azerbaijani envoy did not attend the Yerevan meeting. Shortly afterward, on May 24, Iranian Minister of Roads and Urban Development Mohammed Eslami traveled to Armenia’s capital and reaffirmed Tehran’s wish to pursue what he described as mutually beneficial initiatives contributing to a deepening of economic ties, namely building up the trans-regional Persian Gulf–Black Sea transport corridor project (Armenpress, May 24).

Five major considerations explain Iran’s interest and support for this strategic transit corridor. First is Tehran’s approach to diversifying its communication routes linking up with neighboring countries. At its heart is a preference for “combined transportation”—that is, a combination of multi-modal sea, land and rail routes. In this regard, Iran intends to connect its ports located in the Oman Sea (Chabahar Port) and the Gulf (Bandar Abbas, Imam Khomeini and Khorramshahr ports) in the south of the country, to the ports located on the Caspian Sea (Amir Abad, Nowshahr, Anzali and Astara ports) in the north, via the Iranian rail network. The connection of the Gulf to the Black Sea follows the same rationale. In fact, this corridor will connect four key maritime basins: namely, 1) the Gulf and the Sea of ​​Oman (Iran), 2) the Caspian Sea (Iran and Azerbaijan), 3) the Black Sea (Georgia and Bulgaria), and 4) the Mediterranean Sea (Greece).

The second consideration relates to Iran’s goal of combining multiple communication projects in order to mutually augment the economic benefits of each of those individual transit routes. Notably, the Persian Gulf–Black Sea International Transport and Transit Corridor, the International North-South Transport Corridor (INSTC), and China’s Silk Road Economic Belt (a trans-Eurasian element of its broader Belt and Road Initiative, or BRI) are three strategic transit initiatives whose sea, land and/or rail routes pass through Iran. Effectively combining the capacity of all three would allow Iran to connect the Oman Sea and the Gulf to the south, Afghanistan and Pakistan to the east, Central Asia to the northeast, and the Caucasus to the northwest.

Tehran’s third reason for developing the communication routes that cross Iranian territory, especially the Gulf–Black Sea corridor and the INSTC, relates to Iran’s cooperation with the Moscow-led Eurasian Economic Union (EEU). The EEU-Iran preferential trade agreement (PTA) was implemented on October 27, 2019, and offers lower tariffs on 862 commodities types, of which 502 are Iranian export to the EEU (Financial Tribune, February 19). After three years (October 27, 2022), the EEU-Iran PTA will upgrade to a full Free Trade Agreement. This trade regime naturally boosts the importance of the two aforementioned transit routes, which will enable more rapid and extensive movement of goods between Iran and the EEU—especially with the Russian Federation. In the South Caucasus, Armenia is the only country that is a member of the EEU and, therefore, serves as a direct bridge between Iran and the bloc, which clearly highlights the significance of the Persian Gulf–Black Sea International Transport and Transit Corridor for Iran. And although the neighboring Republic of Azerbaijan is not currently an EEU member (see EDM, April 28), it is the closest direct communications route between Iran and the important Russian market. In this regard, the INSTC, which crosses Azerbaijan, has a key role to play, in Iran’s thinking.

The fourth issue driving Iran to develop the Persian Gulf–Black Sea International Transport and Transit Corridor is to reduce its dependence on Turkey by establishing an alternative route for trade and transit to Europe. Because of Turkey’s geographically central location and key geopolitical position on the periphery of the European Union, the country has long served as a convenient choice for Iranian transport companies doing business with the EU. However, a series of problems over the past several years have compelled Tehran to look for alternatives to the so-called “Middle Corridor” promoted by Ankara (see EDM, April 27, 2020). In particular, Iran and Turkey have been at loggerheads over a transit dispute arising from different fuel prices in each country. The Iranian government’s decision to charge Turkish trucks an extra customs fee to compensate for cheaper fuel prices in Iran has resulted in frequent congestion at the border, with cargo carriers queuing in lines as long as 15 kilometers (Financial Tribune, April 23, 2017).

Iran’s fifth reason for wanting to build out the Gulf–Black Sea transportation corridor relates to ongoing sectoral developments in the South Caucasus following last year’s Second Karabakh War. If Yerevan and Baku are able to resolve their differences over the interpretation of Article 9 of the November 9, 2020, ceasefire agreement, which deals with the revival of several Soviet-era regional railways (see EDM, June 16, 2021), Iran will be able link its own rail network to Armenia and Georgia. This north-south railroad will originate in the city of Julfa, in northwestern Iran’s East Azerbaijan Province, and will connect with the Julfa district of Azerbaijan’s Nakhchivan exclave, before continuing on to Yerevan and Tbilisi. Importantly, the Nakhchivan–Yerevan railway route could replace the presently used but costly and difficult rail route from Yerevan to the city of Meghri, on the Iranian-Armenian border. Superseding this transit link will be a crucial stepping stone for fully realizing the Gulf–Black Sea corridor.

Post Views: 161
Previous After 20 Years and $2.26 Trillion, the US has Lost Its Longest War in Afghanistan
Next Russia’s Options Following A Taliban Takeover Of Afghanistan: Cooperation With The Taliban Or Containing Them