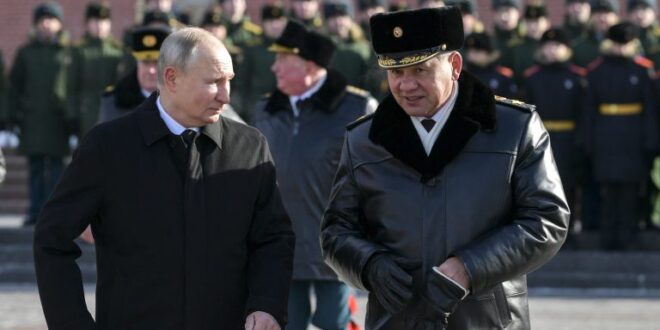 While Russia has not been considered a key military power in Africa since the Cold War, it is quickly becoming a preeminent military force in central Africa.

Central African Republic (CAR) has become the country most dependent on Russian military support in its battle against anti-government rebels.

The United Nations and numerous countries have criticized Russian instructors for contributing to human rights abuses alongside CAR soldiers.

Russia’s presence in central Africa has contributed to increased tensions, including with Chad, where a deadly confrontation between Chadian soldiers and Russian instructors occurred in May.

In recent months, Russia’s military presence in central Africa has become more visible. On June 25, the United Nations issued a report asserting that Central African Republic (CAR) soldiers and their Russian instructors, billed as “unarmed advisors,” used excessive force against civilians. Since assisting CAR’s government to defend the country’s capital and largest city, Bangui, from rebel advances in January, Russia has also deployed those instructors to mining areas in CAR. Russia’s deepening involvement in CAR benefits from the international community’s general lack of interest in the country. The result is that Russia has been able to deploy private security contractors, to CAR to secure access to the country’s vast mineral wealth. Both Russia and Rwanda—the only other country with serious, current military involvement in CAR—support the current CAR government.

While Russia was on the receiving end of criticism from abroad and within the international arena for its role in committing violence in CAR, Moscow has sought to craft soft power initiatives in Bangui to counter negative reactions among the local population. Among the soft power initiatives the Russians utilized on arrival in Bangui were the holding of concerts and soccer games; the distribution of sweets to locals; and the donation of vehicles to the CAR military to help it navigate the country’s inhospitable terrain and counter rebels. Russia’s charm offensive indicates it has learned from other international actors and is planning a long-term commitment to CAR and seems intent on preserving the current government in power. The acquisition of minerals—particularly gold and diamonds—is also at the core of this plan, but Russia rarely acknowledges its real reasons for troop and mercenary deployments, preferring instead to work through obfuscation, disinformation, and cyber attacks, among a host of other tactics.

Russia’s growing presence in the region has not been without controversy. In May, CAR soldiers and Russian instructors pursued rebels into neighboring Chad, resulting in the killing of six Chadian soldiers and three Russians. Chad had initially intervened in CAR when civil war broke out in 2013 but has mostly remained on the sidelines during the civil war’s current iteration, which gained momentum once again this past January. Chad has been perceived as at least tacitly supporting the rebels. Although Chad may consider Russia’s presence in CAR an inconvenience and potentially a threat, Chad also appears concerned about Russians in northern Chad near the Libyan border. In late June, Chadian authorities arrested a group of ten Russians in northern Chad. This area has become an increasingly sensitive region since anti-government Chadian rebels entered Chad from Libya in an attempt to overthrow the government. Although the rebels’ movements southwards were thwarted, including with the help of French aerial support to Chad’s army, the rebels managed to kill Chad’s president, Idriss Déby. Déby’s son, interim President Mahamat Idriss Déby, has since succeeded him and assumed power.

The Russian government claimed its citizens in northern Chad were “tourists” simply interested in the natural sights of the country. For its part, Chad flew the Russians on military helicopters to the Chadian capital, N’djamena, and eventually returned their passports and deported them. The incident has highlighted growing diplomatic tensions between Russia and Chad. The fact that Russian instructors are not only in CAR, but also the Russian military has for several years been heavily supporting Khalifa Haftar’s forces in Libya, means Chad is sandwiched between Russia’s military from the north and south. As former regional colonial power France withdraws its counterterrorism presence in the Sahel, Russia is poised to become an even more significant player in Africa, particularly in Francophone central Africa. The Kremlin’s strategy is anchored in operating in countries like CAR, below the radar of the international community, although Moscow’s involvement in Libya and Mozambique is also indicative of its growing influence in the region. Africa may not be Russia’s top geopolitical priority in comparison to Ukraine or Syria, but for the first time since the Cold War era, Russia is emerging as an influential foreign military power on the continent.