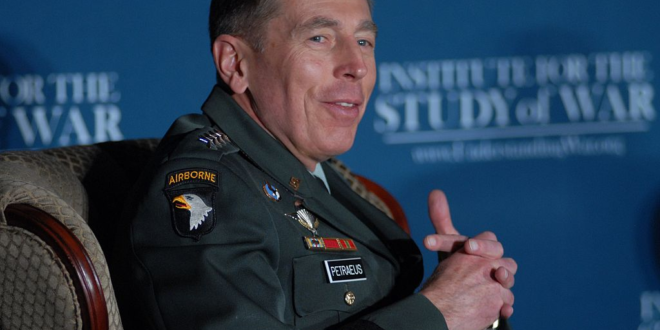 Don’t let the generals dictate the war’s legacy, make them answer for it

Expect the military officials who commanded Afghanistan to invoke ‘cutting and running.’ Let’s talk about why they failed.

David Petraeus — remember him? — recently confided to a nationwide television audience that prospects in Afghanistan are looking grim. “The situation on the ground,” the retired general told CNN’s Fareed Zakaria, “has become increasingly dire with each passing week.”

Mustering all the authority of a former soldier once ranked alongside such immortals as Grant and Sherman, Petraeus went even further. “I fear we will look back and regret the decision to withdraw,” he said. “Sadly, we may regret that sooner than I had originally thought.”

“Regrets? I’ve Had a Few.” The lyric is from “My Way,” the song that became a Sinatra trademark. America’s war in Afghanistan, along with its companion in Iraq, does indeed offer plentiful cause for regret. But rather than an anticipatory lament for what fate may befall Afghans in the weeks or months just ahead, what American citizens need —and American soldiers deserve — is a forthright explanation for how a 20-year-long war undertaken by the strongest military on the planet appears headed for such a dismal conclusion.

The armed forces of the United States have plainly failed in Afghanistan. They have not succumbed to outright defeat. But they have come nowhere near to accomplishing their assigned mission. To pretend otherwise is pointless.

President Biden has wisely chosen to pull the plug on this misbegotten enterprise. That the United States retains a moral responsibility for what may come next is doubtless the case. On top of the many billions already expended to no purpose in a futile nation-building exercise, we will be spending more to alleviate suffering and provide sanctuary to Afghans who assisted us. On that score, our duty is clear. We can only hope that the Biden administration will muster the political will to fulfill it.

But the larger question remains: How did this happen? Why is America’s longest ever war ending on such an abysmal note? And why does such an eminently germane question go not only unanswered but also unasked?

One might think that General Petraeus who both commanded all coalition forces in Afghanistan and also presided over U.S. Central Command — of the many senior officers who rotated through these posts, the only one to fill both— would have a lot to offer on such matters. If his interview with Zakaria is indicative, however, don’t expect to hear anything other than banalities.

Petraeus has washed his hands of Afghanistan. Expect his military peers to follow suit. As for civilian officials charged with directing the Afghanistan War over the course of several administrations, they too will opt for silence. Our longest ever war will slip into the past as an orphan, forgotten even before it actually ends.

Since 2001, over 2200 U.S. troops have lost their lives in Afghanistan. In the broad sweep of U.S. military history, this is not a large number. But neither is it a small one.

The question must be asked: What did they die for?

Well, they died for their country, a judgment that applies to every American combat death since Lexington and Concord in 1775.

But that judgment cannot suffice. It is incomplete, like saying Biden won the presidency in 2020 because unlike Hillary four years earlier he campaigned in Wisconsin.

Leave it to Sinatra, who offers at least the approximation of an explanation: Yes, there were times, I’m sure you knew, When I bit off more than I could chew.

In Afghanistan, through ignorance and arrogance, compounded by an unwillingness to face facts when victory proved elusive, the world’s self-proclaimed sole superpower bit off way more than it could chew.

We owe it to those who served and sacrificed to openly acknowledge the causes of our failure. Only then can we guard against their repetition elsewhere.

Post Views: 91
Previous UAE-Israel oil deal freeze is first real test for Abraham Accords
Next No, the U.S. military is not ‘leaving’ Iraq