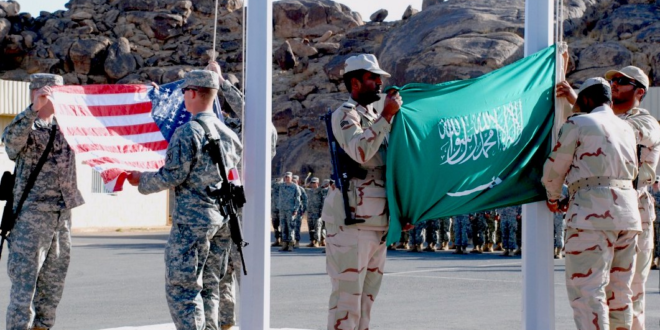 If Biden can’t stand up to Saudi Arabia, then Congress should, and now

The administration has been sluggish in its pledge to withdraw material support to the Kingdom and help end the blockade in Yemen.

In sharp contrast to Donald Trump’s uncritical embrace of the Saudi regime and its brutal war in Yemen, President Biden took the opportunity of his first foreign policy speech in February of this year, to pledge an end of U.S. support for “offensive operations” in Yemen along with “relevant arms sales.”

Biden also appointed a special envoy, veteran diplomat Tim Lenderking, to support United Nations efforts to craft a peace agreement to end the Yemen war. It was a promising start towards ending the world’s worst humanitarian catastrophe – a war in which nearly a quarter of a million people have died.

Unfortunately, the Biden administration has been slow to fulfil its promise to help bring peace to Yemen, dragging its feet on key initiatives and falling short on others.

The administration’s early move to suspend arms sales to Saudi Arabia and the United Arab Emirates (UAE) pending a review has yielded little change. The Biden team has already cleared the way for a $23 billion sale of F-35 combat aircraft, armed drones, and precision-guided bombs that was offered last November, during the lame duck period of the Trump administration. The decision came despite the UAE’s ongoing role in arming, training, and financing tens of thousands of militias involved in the Yemen war, including extremist groups with ties to Al Qaeda in the Arabian Peninsula (AQAP).

To its credit, the administration has suspended two bomb sales to Saudi Arabia, but there is a danger that billions in other arms sales might go forward based on the specious argument that they are defensive in nature, despite their potential relevance to the fighting in Yemen. Efforts by members of Congress to get a straight answer from the administration regarding which sales are considered to be relevant to offensive operations in Yemen have been rebuffed, thus making it unclear which sales will ultimately go through.

In the meantime, the administration and Lenderking haven’t pressed hard enough for an end to the Saudi blockade of Yemen, which has hindered the delivery of vital fuel and humanitarian supplies. The lives of hundreds of thousands of children are now at risk in Yemen, according to David Beasley, the head of the United Nations Food Programme.

In a speech delivered in March of this year, Lenderking appeared to downplay the humanitarian consequences of the Saudi blockade. The administration has since called for an end to any impediments to getting supplies into Yemen via key ports but it has not followed up its words with determined action. A May 20 letter spearheaded by Sen. Elizabeth Warren (D-Mass.) urged the administration to “leverage all influence and tools available, including the potential impact on pending weapons sales, U.S.-Saudi military cooperation, and U.S.-Saudi ties more broadly, to demand that Saudi Arabia immediately and unconditionally stop the use of blockade tactics.”

Thus far, however, the administration has failed to do so. Rep. Ro Khanna (D-Calif.), who has been a leader in pushing for an end to U.S. support for the Saudi role in Yemen, has called for a new U.S. approach to ending the war and insisted that “Lenderking is failing” in his mission.

Meanwhile, crucial U.S. support for the Saudi war effort has continued in the form of the provision of maintenance and spare parts for the Saudi arsenal, including crucial support for the Royal Saudi Air Force. As Bruce Riedel of the Brookings Institution has noted, the Saudi air force would be grounded in short order without such support. The Biden administration should end the U.S. role in sustaining the Saudi military until Saudi Arabia ends the blockade and enters into a comprehensive peace deal to end the Yemen war.

In March, Pentagon spokesperson John Kirby described U.S.-Saudi military relations as “robust.” The administration should clarify what it means by that and should end the continuing U.S. role in advising the Saudi military, which it has justified as being defensive in nature without supplying any details to prove that that is the case.

In addition, despite President Biden’s identification of Saudi Arabia as a “pariah” during his presidential campaign, his administration has been surprisingly cordial in its relations with the Saudi regime. The administration refrained from holding de facto Saudi leader Mohammed bin Salman accountable for his role in directing the October 2018 murder in the Saudi consulate in Istanbul of U.S.-resident Saudi journalist Jamal Khashoggi, and Saudi deputy defense minister Khalid Bin Salman — who the CIA determined had assured Khashoggi that it was safe to go to the consulate where he was killed — was welcomed by top U.S. officials in a recent visit to Washington that included meetings with Secretary of Defense Lloyd Austin, Joint Chiefs of Staff chair Gen. Mark Milley, and National Security Advisor Jake Sullivan.

Given the Biden administration’s failure to craft a policy that is likely to succeed in helping to promote peace in Yemen, it’s time for Congress to act, as called for by a coalition of peace and human rights organizations that have successfully pressed key members of Congress to write letters to the administration urging it to take a more active role in ending the Saudi blockade. One key next step should be Congressional passage of a War Powers Resolution that would end U.S. support for the Saudi and UAE war efforts, along with direct measures to end the provision of U.S. arms, spare parts, and maintenance to the Saudi military. Given the ongoing suffering caused by the war, Yemen can’t wait any longer for immediate, forceful U.S. action to end the war. If the Biden administration won’t act promptly, Congress should.