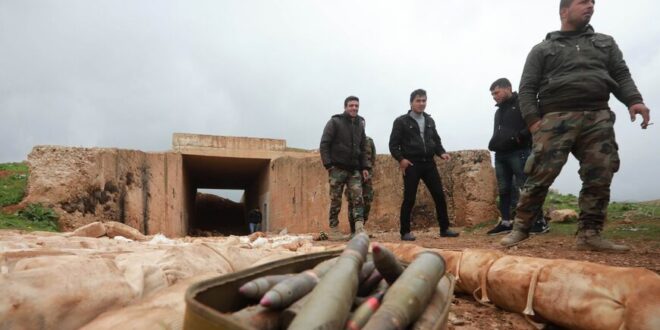 Tensions between Syria’s pro-government forces and opposition fighters have escalated in Daraa, the Syrian city considered the birthplace of the 2011 uprising against the regime.

The fighting was focused in Daraa al-Balad, a southern district of the city under the control of former rebel forces. The monitoring group said regime forces fired short-range surface-to-surface rockets and mortars, and local fighters responded with attacks on military positions and checkpoints in the Daraa countryside.

The fighting marks the “most violent and broadest clashes in Daraa since it came under regime control,” the monitoring group said.

Pro-democracy protests sparked by the government’s arrest of a group of Daraa teenagers erupted in the city in 2011, setting off what grew into a decadelong civil war. The Russian-backed Syrian army retook control of Daraa city, as well as the broader southwestern province of the same name, from the rebels in 2018.

Under a Moscow-brokered “reconciliation” deal, the rebels agreed to hand over their weapons. Civilians and opposition fighters who didn’t surrender to regime control were evacuated to the northwest province of Idlib.

The pro-government Al-Watan newspaper on Thursday described the situation as the “start of a military operation against hideouts of terrorists who thwarted a reconciliation deal.”

Government shelling continues in towns across Idlib, the last swathe of territory still in the hands of the opposition. President Bashar al-Assad has vowed to retake Idlib, which hosts a number of rival opposition groups, including Turkey-backed fighters and the hard-line Hayat Tahrir al-Sham.

The Syrian rescue workers known as the White Helmets said their teams had responded to 330 government or Russian attacks since the beginning of June, which left 89 people dead, including 27 children and two White Helmets volunteers.