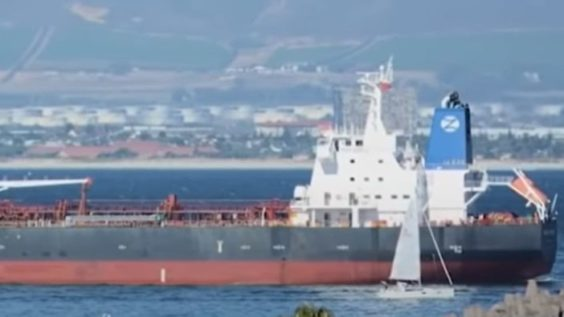 Despite Iran’s denial of having anything at all to do with Thursday’s attack on an Israeli-operated oil tanker, the Mercer Street, off the coast of Oman, the United Kingdom says otherwise. In what is believed to have been an attack by drones, two international crewmen, one from Romania and one from Great Britain, were killed. British Foreign Secretary Dominic Raab called the airstrike “deliberate, targeted and a clear violation of international law.” He said his country was working with other nations to create a “concerted response to this unacceptable attack.” Both the British and the Israelis are discounting other explanations, including an act of piracy and an accident. Israeli Prime Minister Naftali Bennett issued a veiled threat when he said, “We have our own way to relay our message to Iran.” The Israelis have been striking at Iranian arms being inserted into the region and are believed to have cost the Iranians huge sums in losses.