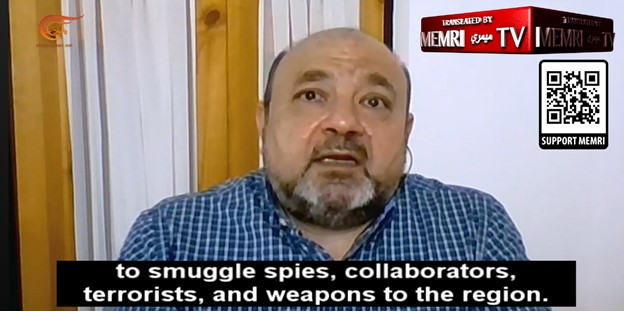 Iranian Political Analyst Emad Abshenas: Iran Had The Ability To Make 10 Nuclear Bombs Even Before The JCPOA; Raisi Will Negotiate With The U.S. Only In Order To Lift The Sanctions – Not To Resolve Disagreements

Iranian political analyst Emad Abshenas, the editor-in-chief of Iran Diplomatic Newspaper, said that unlike Rouhani’s team, President-elect Raisi’s administration does not seek to reach a fundamental resolution of all disagreements with the U.S., but only to have the sanctions lifted. He made his remarks in a show that aired on Sky News Arabiya (UAE) on July 24, 2021. Abshenas said that he does not think that Raisi’s team wants to obtain nuclear weapons, although Iran has all the technology to manufacture a bomb, and if it wanted to, it could do so at any time. Abshnenas also said that “even before the JCPOA, (Iran) had the ability to manufacture ten nuclear bombs.” He added that Iran’s first priority will be resolving disagreements with the neighboring countries and getting closer to “the countries of the East” like Russia and China instead of getting closer to Europe and the United States.

Emad Abshenas: “According to what I know from [Iranian President-Elect Ebrahim] Raisi and his team, they indeed want to reach an agreement that will lift the sanctions on Iran, but they will not be like the Rouhani government’s negotiating team. There is a big difference between the visions of the two teams. President Rouhani’s team opted for a fundamental resolution of the disagreements with the West and especially with the United States. They thought that if these disagreements are resolved, they will be able to resolve all of Iran’s problems. On the other hand, the new team is not interested in resolving the disagreements with the U.S. All they strive for is the lifting of the sanctions.

“Even before the nuclear deal, [Iran] had the ability to manufacture 10 nuclear bombs, but it refrained from doing so. I do not think that Raisi’s team is striving to do this today, but according to my information, the first priority of Raisi’s team will be resolving its disagreements with the neighboring countries, rather than with the United States. [Raisi] would rather get closer to the countries of the East, like Russia and China, than to Europe and the United States.”