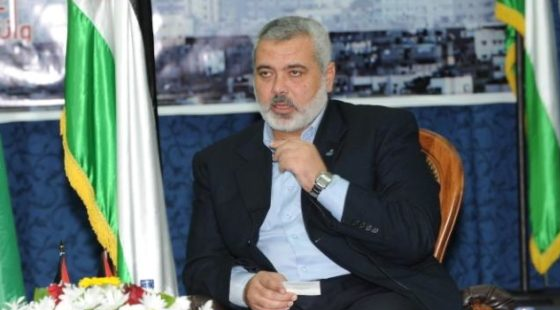 Ismail Haniyeh was elected Sunday to a second four-year term as chairman of the Hamas political bureau in the Gaza Strip. The 59-year-old leader and father of 13 has been the de facto leader of the Gaza Strip and head of the Islamist organization’s political bureau since May 2017. He was a close assistant to Hamas founder Sheikh Ahmed Yassin before the cleric was killed by Israeli forces in a targeted strike in 2004, and became prime minister of the Palestinian Authority in 2006, when Hamas won Palestinian parliamentary elections in an upset victory over the long-dominant Fatah party. In a brief civil war against Fatah, Hamas took control of the Gaza Strip in 2007, leading to an Israeli and Egyptian military blockade of the Strip.