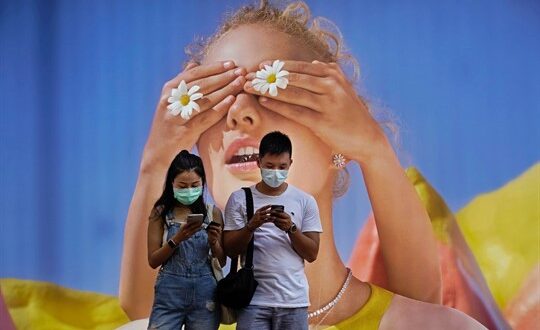 Before sitting down to write this week’s column, I opened a large and tattered, white, padded envelope that had arrived from Hong Kong late last week to find the final issue of the city’s once famously feisty newspaper, the Apple Daily, which was forced by local authorities to shut down for political reasons on June 24.

A Chinese friend had sent it to me from the city long renowned for being efficient and smooth-running. For the month that it took the package to arrive, therefore, I had wondered whether it had been held up for inspection by Hong Kong authorities trying to suppress news abroad of events on the island in recent months. My wariness was only heightened by the condition of the envelope upon its arrival.

I needn’t have worried about my copy of the newspaper, now a sad souvenir, though. It arrived in pristine condition inside of a second, internal envelope whose seal was still intact. The least one can say, though, is that the Hong Kong I have known since the 1990s is anything but.

The political culture of the city has been transformed with breathtaking speed in the past year, as the local government, under orders from Beijing, has cracked down on dissent to a degree that was once almost unimaginable. In one recent example, a prominent singer, Anthony Wong Yiu-ming, was charged with corrupting the electoral process for singing at a 2018 rally to support pro-democracy candidates. Authorities portrayed the event as an attempt to solicit votes by providing entertainment. Hong Kong’s new national security law, meanwhile, weakens due process protections; dramatically broadens police powers of search, seizure and freezing of assets; and permits the indictment of suspects for anti-state activities, including speech, even when conducted far away from China. This has caused a collection of U.S. government agencies, including the Departments of State, Treasury, Commerce and Homeland Security to warn American companies of the danger of doing business in a city that was historically built on the very premise of welcoming foreign business.

For more than a decade as a correspondent in Asia, first in Japan and then in China, and then as a frequent visitor to Hong Kong, I had quietly harbored a suspicious attitude toward a common strain of Western writing about the city. I felt I could detect a certain mild colonial hangover about Hong Kong, an excessive fondness for traits that set it apart from just about anywhere else in East Asia, and which could be attributed to Western culture, and more specifically to 156 years of British rule. There is no quibble here with the creation of a strong, well-functioning bureaucracy, and especially with a judiciary that was jealous of its political independence and strongly adhered to the law.

It was something else that played in the background of my thoughts: that this was a city that made life particularly easy for Westerners, who were relatively thick on the ground, especially in Hong Kong’s central business district as well as in certain premier dining and night life areas. This began with little symbolic things, like street signs that bore their old, colonial English names along with their Chinese renditions. Hong Kongers didn’t expect foreigners to speak the local language, Cantonese. And they seemed remarkably at ease welcoming outsiders into senior, well-paid positions, especially compared to places like, say, Beijing, Shanghai and Tokyo. Overall, the feeling I sometimes got was that they seemed to hold foreigners in high regard.

In 2014, I began to experience all of these characteristic aspects of Hong Kong in a new—and, I must add, somewhat guilty—way when I took up residence there for a half-year while researching my book, “Everything Under the Heavens: How the Past Helps Shape China’s Push for Global Power.” It wouldn’t be going too far to say that I fell in love with the city, relishing the walk up a steep mountainside through streets thick with markets every morning to an office generously made available to me by the University of Hong Kong. There, I made frequent use of a great library, enjoyed rich and unrestricted discussions with local scholars about my book’s topic, and received the occasional visitor from the mainland who felt much freer talking about things in Hong Kong than he or she might have felt in mainland China. Quickly, I found I was living up to certain stereotypes. As a short-timer, there was no way I was going to learn Cantonese, and my hard-won Mandarin was of little use in most encounters with locals, leaving me to speak English with them. Unbidden and very much unexpectedly, I was even invited to apply for a senior media job.

Much of this seems unimaginable now, given the ongoing political crackdown in a place that suddenly no longer seems like the global city that it was long touted to be. Hong Kong was built in good part through the labors of people who fled China in the wake of the Maoist victory in the country’s civil war in 1949. To escape China, many desperate people—including a portion of the Shanghai middle class—swam there from nearby coastal villages. Today, it is well-educated Hong Kong professionals who are rushing for the exits, with most of them heading to Britain. Political conformity imposed from Beijing also means that Westerners will no longer be so welcome in positions of major influence, whether corporate or civic. And the rapid deterioration in the rule of law and other rights in the city means that Western multinationals will be less and less inclined to maintain major regional headquarters in Hong Kong, as so many have done for many years.

Their presence, in fact, long made Hong Kong the proverbial goose that laid golden eggs for mainland China. Rich and powerful Western corporations used the city as a legal, financial and technological entrepot—a safe portal onto China’s vast market where they could be assured of insulation from China’s more arbitrary and politically directed legal system. With China’s rise in wealth and power continuing apace under Xi Jinping, the calculation in Beijing appears to be that China no longer needs to bow to Western conventions, or indeed preserve the modicum of political autonomy for Hong Kong that was ostensibly guaranteed for 50 years under the terms of the handover of the city from Britain in 1997.

Time has allowed me to better understand what was precious and fragile about Hong Kong, and what Beijing is so casually discarding, in terms that are quite different from the feelings I once had about Western privilege in the city. China is in a world-beating mood right now, one that began with the Western financial crisis of 2008 only to deepen and accelerate with Beijing’s apparent mastery of the COVID-19 pandemic, which has so badly afflicted the West. Beijing no longer feels that it needs a global city that is so overtly friendly to Westerners. China’s belief in the ability of its own people and civilization to excel by doing things in their own manner, and indeed on their own, is approaching a peak, at least in modern times.

Mainland China has been largely closed off to the world since the start of the pandemic, but even its greatest cities were never remotely as cosmopolitan as Hong Kong. And as long as the present mood in China prevails, places like Shanghai, Shenzhen and Beijing seem destined to be ever more narrowly construed spaces, drawing little on contact and teamwork with outsiders.

I think this will prove to be a major liability, not because Chinese people are any less capable than people from elsewhere in the world, but rather because history suggests that enduring economic dynamism and vitality comes with deepening openness, and not self-enclosure. Even a quick conversation with ordinary Chinese people reveals that they know this themselves. Ask them what their favorite dynasty is, and chances are they will say the Tang, who ruled from 618 to 907 with a dazzling cosmopolitanism that embraced ideas and peoples from near and far. With the asphyxiation of Hong Kong, China is losing the one place that best embodied this spirit today, and it is not a sentimental reaction to the squeezing out of Westerners and their influences that makes me think that the country will come to regret it. 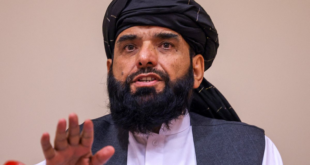