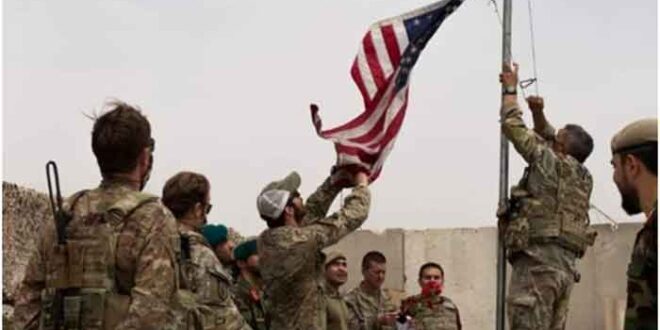 The corporate media was forced to admit the obvious by early July. Even before U.S. troops left Afghanistan, the reactionary Islamist Taliban that their invasion overthrew had retaken huge swaths of the country. After 20 years and over $2 trillion spent, Washington faced a massive failure with nothing to show for it but death and destruction.

What apologists for U.S. barbarism avoided at all costs was a tally of the devastation or the lies used to justify it. Corrupt collaboration government officials and their allies have looted the country. Not only the Taliban, but also al-Qaeda and the Islamic State (ISIS or Daesh), are stronger than ever.

It will be up to the Left in Afghanistan, the U.S., and around the world to draw the lessons of this history and back the fight of the Afghan people for a better future.

The invasion of Afghanistan after al-Qaeda brought down the World Trade Center in New York City on Sept. 11, 2001, was always built on fabrications. The “war on terror,” like the “war on communism” before it, was a handy excuse for attacks on whatever targets served U.S. geopolitical interests.

The invasion was not to free the women of Afghanistan or install democracy, as advertised. It was about political hegemony over this key country at the crossroads of the Middle East, Central Asia and South Asia — and about war profiteering. Now Washington’s relations with countries surrounding the “Graveyard of Empires” are worse than ever. The only success was enriching the enormous military industry.

In late 2019, the Washington Post printed the Afghanistan papers, some 600 interviews with insiders to the occupation. They revealed how Republican and Democratic administrations alike systematically lied about the huge sums wasted on corruption and empty “development” schemes. The total failure to bring peace or prosperity was well known but covered up.

Throughout, war crimes were committed with impunity by U.S. and NATO forces and their installed government (See “War crimes and civilian casualties in Afghanistan,” by Left Radical of Afghanistan, or LRA, at socialism.com). Barack Obama explicitly declined to investigate George W. Bush’s policy of widespread prisoner torture. In November 2019, Donald Trump had the gall to pardon two soldiers for war crimes, one convicted in U.S. courts and another before even standing trial.

According to the Costs of War Project at Brown University, some 241,000 people have died in Afghanistan and Pakistan due directly to the violence of the war. Several times that number have died from lack of food and water or other indirect causes. Among the dead are more than 71,000 civilians, 78,000 Afghan soldiers, and 84,000 opposition fighters. The deaths of U.S. and NATO troops and military contractors number 7,522. Tens of thousands on all sides have been wounded.

There are 2.7 million UN-registered Afghan refugees. Most are stuck in camps with no hope of permanent settlement. Over 2 million people are internally displaced within the country.

Eteraz monthly is a collaboration by Afghan radicals, including LRA. Recent journal articles, reprinted at socialism.com, describe dire conditions for women and youth. Violence against women is at an all-time high, not only in rural areas dominated by Islamist forces, but also in large cities under government control.

Women and girls are not allowed to go to school in Taliban-controlled areas. Media reports say that three female journalists, a woman physician and two female judges have been assassinated since the beginning of 2021. In May, a school bombing in Kabul killed 85 girls, most of them Hazara Shiites, an ethnic and religious minority.

As for youth, Eteraz reports that about 70% of the population is under the age of 22, and schools have been closed throughout the country during the war. Many Afghans are illiterate, and the numbers are much higher for women and young people. All the factions in conflict, including the government, target unemployed and impoverished youth for recruitment. With an unemployment rate estimated at 72%, options are few beyond taking up arms, getting into the opium trade, or attempting to flee the country.

A Taliban takeover or civil war seems imminent. Either way, women and religious and ethnic minorities are in serious peril.

Even by the probably rosy estimates of the Pentagon, the Taliban took over a third of the country between the beginning of May and early July. The U.S. played a key role in creating the disaster it is backing away from. To engineer the overthrow of a Soviet-backed government in Afghanistan during the 1980s, Washington funded the mujahideen (precursors to the Taliban), spawning the spread of right-wing Islamic fundamentalism throughout the region. Now it and its NATO allies are cutting their losses and leaving Afghans to pick up the pieces.

In early July, defiant women took up that challenge. Demonstrations of hundreds of women armed with assault rifles broke out in the north and central areas where the Taliban have been conquering territory and reinstituting heavy misogynist restrictions. The Guardian quoted a marcher who is head of the women’s directorate of Ghor province saying that while some women’s protest may have been symbolic, others “were ready to go to the battlefields.”

Afghan women, youth and poor people, and the Left that defends them, urgently require international solidarity, especially from socialists in the imperialist heartland. People in the U.S. can begin by demanding that their government pay war reparations and provide real reconstruction aid, no strings attached, to Afghanistan!