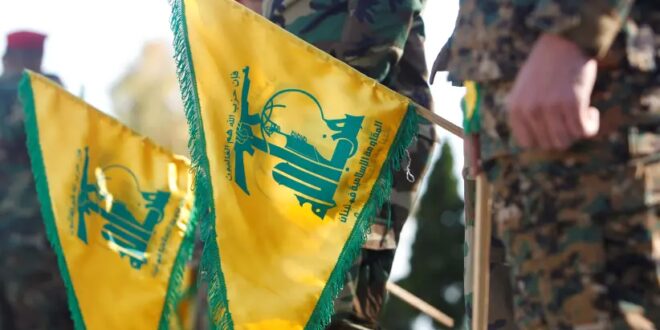 “We are not seeking a war but we are ready for it and we do not fear it,” Nasrallah threatened.

As Hezbollah fired its largest rocket salvo toward Israel in 15 years last week, it became clear that the border with Lebanon has turned into another front where days, if not weeks, of conflict can erupt at any moment.

The rocket fire on Friday morning surprised the thousands of Israeli tourists who were enjoying a summer vacation by kayaking on the Jordan River or hiking the dozens of trails through the hills of the Galilee and the Golan Heights.
The clear blue skies were interrupted by rockets raining down and the Iron Dome missile-defense system intercepting them before they could do any harm.

The rocket fire came just days after three rockets were fired by unnamed Palestinian terrorists toward Kiryat Shmona. The IDF retaliated with three heavy rounds of artillery fire and then by airstrikes targeting the launch site and the road on which the terrorists had traveled.

Hezbollah was able to sit back and take more than100 artillery shells fired by the IDF in response to the rocket fire, the fifth such incident since May.

But striking the road was too much for Hezbollah.

“What happened days ago was very dangerous and a development that did not happen for 15 years,” Hezbollah Secretary-General Hassan Nasrallah said in a speech on Saturday night, referring to the Israeli airstrikes. “It was necessary for the response to the Israeli airstrike to be quick or else it would have lost its value.” The rocket barrage “was aimed at consolidating the equation of deterrence,” he said.

According to Nasrallah, that equation meant targeting areas without civilians, just like the IAF did with its airstrikes. The group did not target empty fields because Nasrallah did not want to escalate the situation with Israel, IDF Spokesman Brig.-Gen. Ran Kochav told reporters following the rocket fire.

The rocket attack “shows Hezbollah’s deterrence as it fired at open areas,” he said.

But that’s not how Nasrallah sees it.

Neither Israel nor Hezbollah, and definitely not Lebanon, are itching for war any time soon.

No one wants it, and no one can afford it.

Israel is experiencing a new wave of coronavirus, and Lebanon is going through the most devastating economic and social collapse in more than a century. And despite what Nasrallah says, Hezbollah is not immune to that collapse.
The IDF long believed that any outbreak of violence with the Shi’ite terrorist army would lead to an all-out war. But a military intelligence assessment released in February said more limited rounds of violence, like with the Gaza Strip, could be expected.

But those limited rounds of violence always have the possibility of causing an all-out war should civilians, or even soldiers, get killed.

And in the 15 years since the Second Lebanon War, both Israel and Hezbollah have significantly increased their capabilities, which would cause untold damage and significant casualties to both sides.

With the help of Iran, Hezbollah has rebuilt its arsenal since 2006, and it is now believed to have between 130,000 and 150,000 rockets and missiles. Many of them can reach deep into Israel, including ballistic missiles with a range of 700 kilometers.

It is believed that in the next war, Hezbollah will try to fire 1,500 to 3,000 rockets per day until the last day of the conflict. To compare it with Gaza, the last round of fighting with Hamas and Palestinian Islamic Jihad in May saw 4,400 rockets in 11 days.

But any short conflict with Hezbollah would be much deadlier than with terrorist groups in the Gaza Strip.
And just like fighting in the South now sends residents of Tel Aviv, and sometimes even Jerusalem, running to shelters, so would fighting with Hezbollah.

Israelis across the country need to be ready for that, because Hezbollah has made it clear it will continue to challenge Israel, despite the real risk of it deteriorating into a full-blown war.