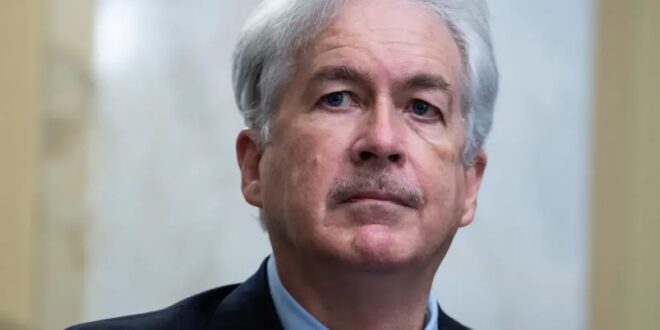 CIA head set to arrive in Israel – how will US tackle Iran?

Iran is at the top of CIA director Bill Burns’s agenda for his Israel visit as Iran nuclear deal negotiations continue to stall.

CIA Director Bill Burns was set to arrive in Israel on Tuesday amid reports that the US is considering alternative ways to get Iran to stop advancing its nuclear program as negotiations to return to the 2015 Iran deal stall.

One option the US is weighing is limited sanctions relief in exchange for Iran freezing its uranium enrichment, Bloomberg reported. However, the US is still officially calling for a return to the nuclear agreement, with follow-on negotiations to make it “longer and stronger.”

US and European officials are concerned that Iran’s violations of the Joint Comprehensive Plan of Action (JCPOA) agreement will become so advanced that it will make the JCPOA deal irrelevant.

Iran is at the top of Burns’s agenda for his Israel visit this week. He is expected to meet with Prime Minister Naftali Bennett on Wednesday, his spokesman confirmed following initial reports by Axios. Burns is also set to meet with new Mossad Director David Barnea.

In six rounds of indirect talks between the US and Iran to rejoin the JCPOA, US President Joe Biden’s administration was unable to leverage the “maximum pressure” sanctions his predecessor, former-president Donald Trump, imposed on Iran to bring about concessions.

Iran has said it would only return to the JCPOA if the US removes all sanctions and includes a guarantee, which Biden cannot give, that future presidents will not leave the agreement.

Those talks have been on hold for two months. Iranian negotiators declined to return to the table after its new president, Ebrahim Raisi, was elected, saying they must wait until a new government is in place. Raisi’s deadline to present a new government to Iran’s parliament is at the end of next week.

Raisi, who oversaw the executions of as many as 30,000 dissidents in 1988 and has been sanctioned by the US for human rights violations, has been a major critic of engagement with the West broadly and the JCPOA specifically. Iranian Supreme Leader Ayatollah Ali Khamenei has similarly made statements in recent weeks that the West cannot be trusted.

Between the long lull in negotiations and Raisi entering office, plus Iran’s recent attacks on ships in the Persian Gulf, including on the Mercer Street, in which a Romanian and a British national were killed, many in the State Department think a return to the JCPOA is unlikely, though there is still a faction that remains hopeful, according to an Israeli official involved in talks with the US on Iran.

Israel and the US have been working on preparing for that scenario, including when Bennett’s diplomatic adviser Shimrit Meir and National Security Adviser Eyal Hulata visited Washington last week.