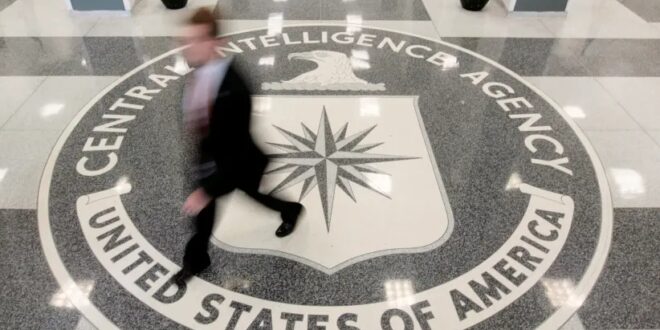 Multiple Mossad directors have told the Jerusalem Post that the first meetings with the CIA chief can be one of the major events that frame their term in office.

With reports that CIA Director William Burns was set to arrive in Israel on Tuesday to hold a first meeting with new Mossad Director David Barnea, the stakes could not be higher.

The visit takes place – possibly not coincidentally – at an impasse and turning point in the nuclear negotiations with Iran and with leaks that the US might radically shift its position regarding Tehran to try and break the logjam.

Even without this additional dynamic, multiple Mossad directors have told The Jerusalem Post their first meetings with the CIA chief can be one of the major events that frame their term in office.

Burns has only been in the intelligence business since his confirmation in early 2021 after a career as a diplomat and has given most of the public attention to his technical superior, US Director of National Intelligence Avril Haines.

When US President Joe Biden made a recent speech before the US intelligence community, it was on Haines’s turf, and Biden publicly acknowledged her contributions, as opposed to Burns. But much of this has more to do with internal US strategy about the place of the CIA in foreign policy, and Burns is a veteran who is widely respected in the US and knows Israel well.

After all of this, is Burns here to try to get Israel to stay calm while Washington offers the major new potential leaked concession to the Islamic Republic?

From April until now, the Biden administration said it would lift sanctions in exchange for a full return by Iran to the 2015 Joint Comprehensive Plan of Action nuclear deal’s concessions.

Even this was not considered good enough by Israel because it did not fix holes from the JCPOA or address Iranian advances since then, especially with advanced centrifuges and a jump to 60%-level uranium enrichment – much closer to weaponization than JCPOA enrichment limits.

But now the US would be removing some sanctions (how much and which ones would be key) in exchange only for a freeze in advancement.

This would stop Iran from barreling forward and reducing its time to break out to a nuclear weapon, but it would do nothing to bring Tehran back toward nuclear limits or to roll back its extensive progress since mid-2019.

So is Burns here to give a serious speech that the US is on top of the issue and give stronger reassurance to Barnea and Israel than what diplomats might be able to provide?

Will Barnea and Burns discuss potential scenarios of joint covert activities or cyber activities to slow Iran down?
What trust level will the two develop?

The timing is not the best.

While former CIA director Mike Pompeo visited former Mossad director Yossi Cohen in early 2017 shortly after he took office, Burns’s visit is around six months after taking office. True, Burns did meet with Cohen in April in Washington, and Barnea has only been on the job for just over two months. But by early 2017, both Cohen and Pompeo had visited each other’s countries.

Each has indicated to the Post that a deep professional and personal relationship was developed. It is unlikely that Burns is looking for the same kind of relationship with Barnea. On the other hand, if they nail down the right professional coordination to facilitate Israel’s and the Mossad’s ability to actively block Iran from obtaining a nuclear weapon, then much of the rest is commentary.

Burns will also meet with Prime Minister Naftali Bennett, Palestinian Authority President Mahmoud Abbas and other key officials. Various Bennett and Biden officials have been in regular contact as well.

But at key moments when risky action may need to be taken or might be avoided by sufficient understanding, the Burns-Barnea meeting and connection will have fateful consequences for Israel, the US and the Middle East.

Post Views: 79
Previous How Iran helped the European Union lose its credibility – opinion
Next CIA head set to arrive in Israel – how will US tackle Iran?